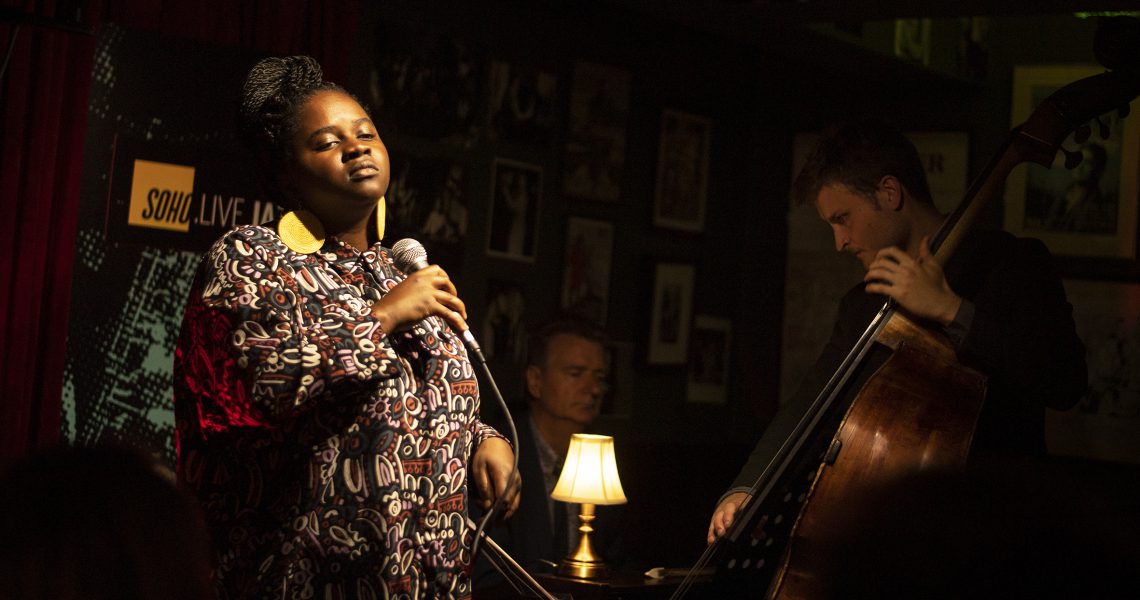 Soho Live Jazz Week, held annually in one the most exciting areas of London, celebrates the rich history of jazz, nurtures new jazz artists and epitomises community spirit, reminding us what jazz should really be about. 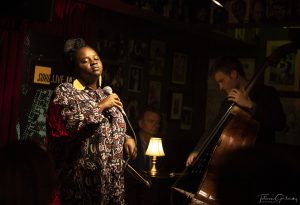 The line-up for 2022 was incredible. Outstanding performances from Olive Jones, Tony Kofi, Ray Gelato, Jo Harrop, Adyenne Simone, Ineza, Nnenna King and many more. Twenty shows across ten venues with all proceeds going towards the Soho Live Artist Development fund, it is easy to see why Soho is considered, by some, to be the Jazz capital of London. Initially beginning as a street party, founder and visionary George Hudson is passionate about supporting artists and giving audiences a fantastic experience and the fact that his childhood piano is kept at the Piano Soho Bar, tells you, this is so much more than just a business to George. When his parents were moving and thinking of getting rid of the piano, it was agreed to keep it in the reception of what is now the Piano Bar and it wasn’t too long after this that musicians started flocking to it, a networking night, weekly pop ups and a full blown bar with George making the drinks. With no experience in hospitality at this point, it is incredible to see what George has achieved.

Originally trained as a performer himself and deeply inspired by the performances of Jamie Cullum and his ability to bring jazz to a new audience, George has the audience experience at the heart of his work whether you are a first-time visitor or a long standing regular. George explains that it is all about ‘entertaining… being able to read the room. The room (Piano Soho Bar) was never designed to be a jazz club, it was a reception but now a full house here is over three floors. On a Friday and Saturday, with Big Mama, the audience spills out of all the places and we play the music through all the floors’ 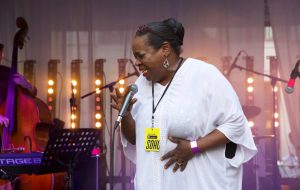 Aydenne Simone, better known as Big Mama, is a regular performer at the Piano Bar Soho and when asked about her Soho Jazz Week experience, she explained:“My experience of performing as part of Soho Jazz Week has been absolutely wonderful.  The sheer effort that goes into promotion of the event, the photography which I have access to for my own use, choice to use my own band or working with other great musicians.  I have often headlined (when it was a street festival – which I hope it will be again) and treated with love and respect each and every time.  This year the organiser George Hudson came to the venue, Karma Sanctum, that I was performing at solely to announce me, which was such a really nice touch. George and his team work so hard on this event to promote jazz and jazz musicians within the Soho footprint” Aydenne Simone 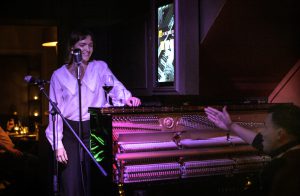 Talking to George, it became very apparent that he has managed to achieve something which is quite rare in the jazz industry, and in fact the wider music industry. Placing equal value on all of the different aspects required for a successful event. As a business, tickets need to be sold and people need to be paid, but George considers all of the equally important and related factors that when combined, result in a pretty unstoppable formula. Each time I have visited, the staff are genuinely friendly and have a wonderful sense of energy about them. During my last visit, I caught up with a few of the events team and they spoke with passion and told me they felt respected and that their opinions are heard and valued, and they love coming to work and hearing the brilliant diversity of music.

Intimacy is a key feature, not only at the Piano Bar, but throughout the festival and it’s not just the intimacy that is created with small venues, but the intimacy the artist creates. George explains ‘Ella Fitzgerald… such a great performer. Not just musically, it’s actually more about how she had the audience in the palm of her hand. There’s a performance where she’s playing with the bassist, scatting and doing other bits and pieces and she’s got everything completely under control, but in a way that the audience is completely relaxed. That’s what I want to show to people. That’s what I want the vibe there to be. I’m not a fan of musicians that bring manuscript or iPads etc…it’s the direct audience connection that is important.’ 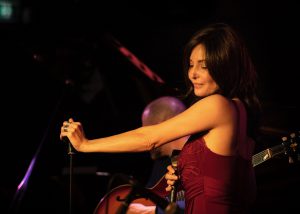 Artists that perform value and appreciate this approach and the importance of the actual performance and connecting with the audience. Artists feel respected and supported (and paid quickly!) which in turn makes their performances more enjoyable as Jo Harrop explains:

‘It was a real honour to be asked to close the festival with my band for Soho Jazz Week because there were so many great, great artists involved and many came along for the final show so we were playing to some very cool jazz cats as well as a very warm attentive audience. The fact that swinging Soho has its very own jazz festival and you can walk from cool venue to cool venue to see live music is amazing, as Soho is one of my favourite London spots. It’s so vibrant. George and Nathan have poured so much time love and energy into making this happen, that the atmosphere was quite wonderful. The energy on stage was very high – Nathan Britton (keys) Jihad Darwish (bass) Andy Davies (trumpet) Joel Barford (drums) – totally on fire. It was a pretty mixed audience but so great to see young people attending jazz gigs and festivals and they really get involved and whoop and cheer. A very special experience for me!’

The brilliantly diverse programming of Soho Jazz Week suits a wide a range of audiences and reviews have been incredible. Women in Jazz Media team member Esther Bennett went to the Martinez Bar to see Nnenna King and said ‘It’s no wonder that Omar chose Nnenna King to be the support act at his recent gig at London’s Jazz Café. This singer songwriter manages to successfully fuse soulful vocals with the traditional piano bar jazz trio format, whilst her song lyrics, though reflecting the personal experience of a young woman, have a sophistication that stand the test of time‘

The work of George and his team is vital to the survival of the jazz scene, not only through the brilliant Soho Jazz Week initiative, but the ongoing projects behind the scenes including the Soho Live Studios, Soho Live label and their exciting artist roster, which I will be exploring further in a future article. In the meantime, enjoy their highlights video and do support the incredible work!