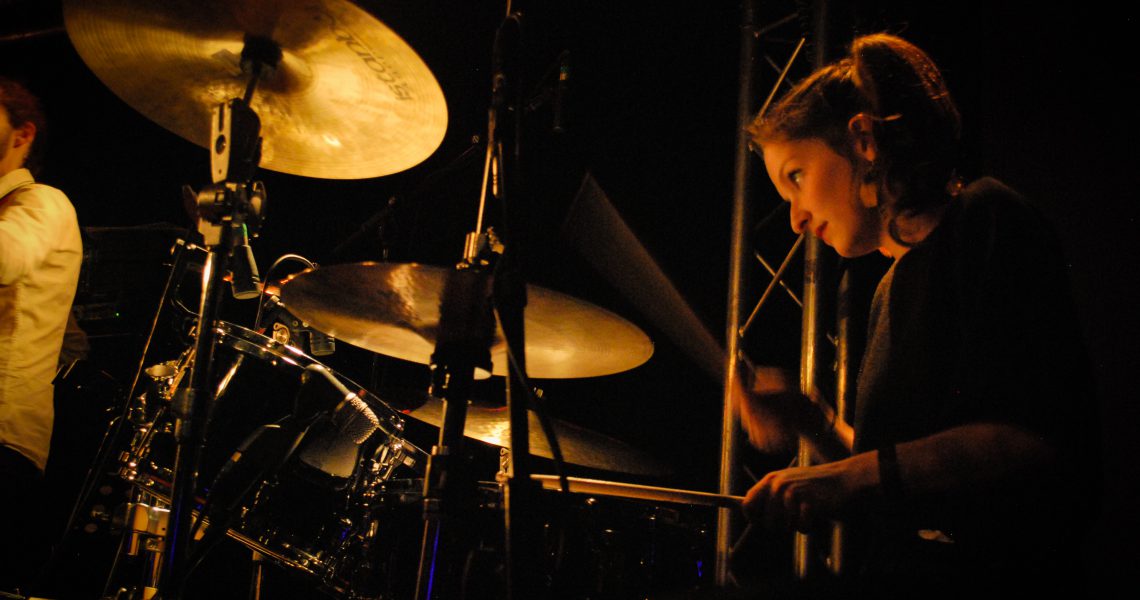 Mélanie Centenero: An eclectic combination of science and jazz…

French drummer Mélanie Centenero is set to launch her solo career with her multi-faceted debut album: Théorie de l’Ensemble. With its colourful musicality, thrilling fusions and poetic melodies, the album connects us with Centenero’s musical journey, from biophysics to jazz. Her refreshing sonic palette explores various stories and emotions, which I was keen to learn more about in conversation with her… 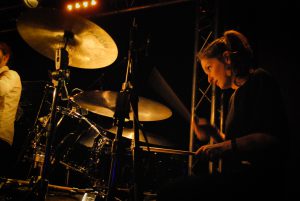 When did you first realise jazz drumming was what you wanted to do?

I guess I never really did, as I was inspired by many musical styles.
But when I was a teenager and discovered jazz with Coltrane, Miles Davis, Brad Mehldau, Monk… I really felt there was a strong meaning behind jazz music, and got very interested in catching its story, its musical language, and what a deep expressive space it can represent for a musician today.

Have you faced any difficulties being a female drummer in the jazz scene today?

I try to never focus too much on this. But as many female musicians, I often feel the pressure of  ‘What new thing can a/this girl bring to the table?’ She sure won’t revolutionise anything…It generally happens when I go to jam sessions or get on stage with other talented musicians around. As if as a woman in jazz, you always have to prove your presence on stage is as valuable as a man’s, because people naturally assume that you’re less competent than a man in the same situation. So you need to fight for your place. It actually only makes me even more demanding with myself than I already am.

What is the story told throughout the album: Théorie de l’Ensemble?

I started composing Théorie de l’Ensemble when I arrived in Paris to start a professional program at the American School of Modern Music. At that time, I had left my family, friends and the person I was with to go to Paris, and go deeper into music after finishing a biophysics master’s degree in Toulouse. Following this intuition that this reconversion was the right thing to do hasn’t been easy… and there have been difficulties brought about by the distance from the people I left when moving. My travels by train led me to compose the first track, Translation.
I needed to construct a new piece of life in Paris, a new tribe, and this is no easy thing to project. But at the same time the strength and confidence I felt from going deeper into music and following my path was real… These ambiguous feelings are more or less what led me to compose Metastable State. You will see most track’s names are based upon scientific notions or concepts, and beyond their meaning in their scientifical contexts, I think those words can have a metaphorical resonance. This was also my way to draw a bridge between my former scientific life and my new musical life.That’s what Théorie de l’Ensemble is all about. 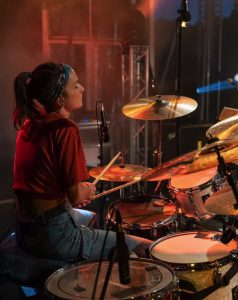 What was your creative process when bringing each track together? How do you work best when creating new music?

I usually compose when I am deeply affected by something. I like being alone in a calm place to focus on what I feel and figure out what emotion/story I want to convey through this moment. For the album, I usually started at the piano exploring different concepts I studied, and got sometimes inspired by the tracks I was listening to at the moment. Very often the tracks were made step by step, and then I went on to polish the main theme, structure, harmony and arrangements. Each track has a story behind it, but instead of trying to set them up in a chronological way, I really tried to adopt a listener perspective, to ensure the dynamics felt fine while listening to the whole album.

The soundworlds you use throughout the album are very unique and intriguing. How would you define your musical style in your own words?

That’s a complicated question. I’m influenced by actual jazz as much as techno/electro or hip-hop. I think this album is an amalgamation of all the prints those styles have left inside of me after all these years. That was also a good reason to call it Théorie de l’Ensemble, as it is a synthetic product of different musical influences. I tried to develop a singular atmosphere for each track to tell a story, and I couldn’t have made it without the talent and sensitivity of the musicians who were involved.

What does the future hold for your career after the release of the album?

The album’s finalisation and the enthusiasm it’s generating made me realise that it’s an exciting milestone for me, as a leader and musician. I’m surprised by the positive feedback I’ve been receiving from the radio, and press… So I will try to keep this drive, and see if we can play those tracks (and maybe new compositions) at concerts and festivals! Apart from that, I’ll keep going with the several bands I play with. I’ve been touring with Trio for Echo following the release of our album « Intuitions » in April, recorded with Noé Miralski Quartet, and am preparing a new EP with Loon Bay, a pop band I sing with.

How did you go about selecting the musicians to play with you on the album?

Thomas Salvatore (keyboards), Victor Gonon (guitar), Antoine Brunet (bass) and I, used to play in a band for a couple of months together. We had good chemistry when playing together, during moments of improvisation, and we rapidly became friends. At that time I needed a team to start working on the album, so I just asked them and they joined me on this musical journey. Louise Debaecker, a versatile and talented singer, and a great friend of mine, was the obvious choice for vocal backings.

What does the album represent for you in your musical journey?

I visualise it as a link I needed to draw between my former studies as a physician and scientist and my new professional life as a musician since I arrived in Paris. It is also the outcome of my debuts as a composer, and the beginning of my personal musical journey I guess… 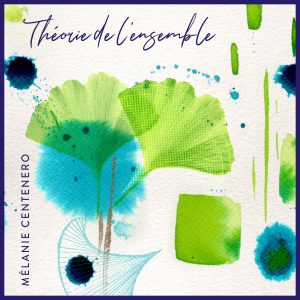