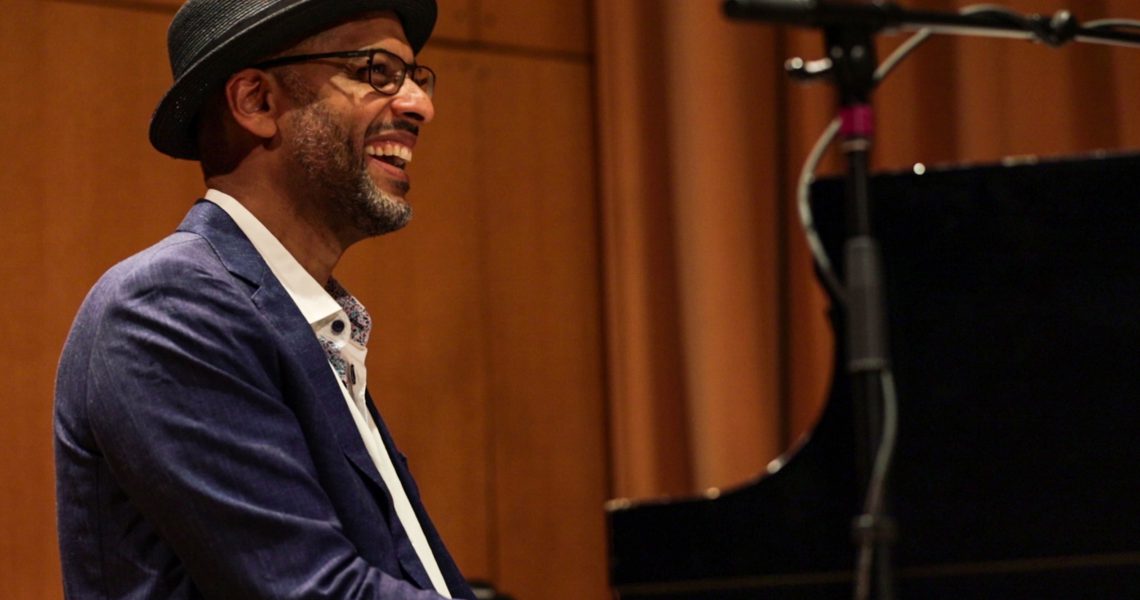 Andy Milne: The intersection of texture and groove – Part 1

Multi award winning Canadian pianist Andy Milne recently won the Juno award for his first album as a trio ‘The ReMission’. This is his eleventh album as a leader and with countless other albums and projects he has been involved in, the album beautifully showcases his versatility as a composer, arranger and as a pianist. Andy has worked with an incredible list of artists including Ravi Coltrane, Diane Reeves, Jen Shyu and Cassandra Wilson and as a former pupil of Oscar Peterson, you can hear the mighty Oscar’s voice not only in Andy’s playing as a pianist, but in his compassionate, inclusive and respectful approach to his work. In this first part of a two-part interview, we explore how it began for Andy and the shape of his music.

I must admit I really didn’t know much about Andy until his recent album, and I have been missing out on such an extraordinarily inspired artist. Speaking to Andy, I very quickly became aware that this is an artist full of beauty, passion and integrity. I asked Andy how it all began from taking classical piano lessons to finding the freedom in jazz. 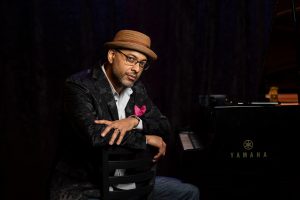 AM: I started taking piano lessons when I was about six years old and I was studying classical piano but my brother in law, Jim, he started turning me on to jazz. He just came to give me my first couple of recordings and that sort of planted the seed in terms of having a curiosity about jazz. From that point, I started playing along with recordings initially and then once I was able to get a jazz teacher, I started to get more of the language and a sense of how to construct the music and it sort of cascaded. Freedom, is a huge part of what I love to explore with the music, but I think also at that time I couldn’t explain it as a 7 or 8 year old kid but I think what was probably the sort of defining relationship, was just in that second, it was calling me but I couldn’t explain it and I wouldn’t have had any words for that at that age. I was curious about it and it just felt like there was an opening for me to express myself. I guess even for small kids, you’re expressing yourself in different ways but just in terms of how you play with toys and what’s not right and I guess I had somewhat of a mathematical mind, but I never felt like I was super good at math but I had sort of a analytical mind so I have this kind of free spirit energy that happens as well. So, this intersection of being this analytical person but also being this free spirit…there’s something that music just sort of said, hey come along for this ride.

Andy’s ‘ride’ has been (and very much still is) significant and listening to his work, that combination of free spiritedness and analysis shines through beautifully. The grace that Andy brings to his work is undoubtedly an influence of one of his mentors – Oscar Peterson. Oscar Peterson’s legacy and influence reaches far and wide and I can only imagine how inspirational he was and still is in his home country of Canada, especially to a pianist.

AM: Oscar is a huge influence for any young black kid growing up in Canada. Those early recordings…there’s so much in them in terms of the range… he has music that’s very accessible for a beginner in a way and then he could sort of like flip a switch and interrupt in a way that you are kind of not even fully understanding it. He’s almost like the Bartok of jazz piano because Oscar had this capacity to take you along for this extensive ride at these varying degrees. Getting to meet him and study with him was like a way of almost saying thank you for the initial motivation that he was unaware of, that he was giving me, just by his presence, his stature, his grace, class and everything about him you know? I think that set me on a path and I was determined that that’s what I was going to do.

At that time, he was affiliated with the university that I attended, York, and it was pretty much why I decided to go there. In the end I had many profound mentors there that I saw on a much more frequent basis than Oscar who had a huge impact on my development, but you know Oscar didn’t need to do much to have an impact. He reinforced some things and then he dispelled some myths at the same time, but he did it in this way where he could drop one sentence on me and then I’ve got that for the rest of my life. 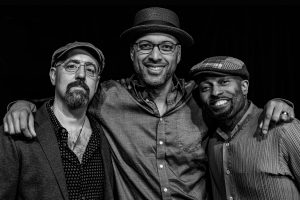 The incredible diversity of Andy’s projects demonstrates such rich musical development, from scoring film soundtracks with William Shatner to his ‘funkified polyrhythmic exploration’ quintet Dapp Theory. I asked him about the influence his mentors have had on how his music has been shaped.

AM: They all kind of embodied or illustrated manners which I’ve adopted in embracing, combining and infusing different interests. One of my teachers is a great jazz theorist and pianist, John Gittins, but he was also a sociology professor and I took all his sociology courses – his office hours were meeting at the pub in the afternoon. It was me and usually one other jazz student who was interested in the sociology stuff as well, so we would sit at the pub and we would kind of hold court with him as and discuss the two different areas of our interests, but I think that interest in taking these distinct, seemingly seperate subject areas and exploring them, as though they were one thing, exploring them in a very seamless way, that carried on for me.

I’ve matured as a musician, as an artist and thinker and it’s how I teach in a way, teach my students to see things with connectivity as opposed to living in silos, you know? I can spend a lot of my energy trying to breakdown silos because I find them very limiting and they contribute to stale thinking and so all those great mentors, from John Gittins or Oscar Peterson right through to Steve Coleman, that’s what I found as a commonality that spoke to me. So, they’re not necessarily, conscientiously, trying to share that or illustrate that but because it was something that I think is sort of burned into my DNA maybe. Perhaps that’s how I’m always looking for that, seeing the sort of support of that, seeing the awareness of the bringing together of the different, whether it’s cultures, musical cultures or academic endeavours. I have felt that those people have helped shape me. 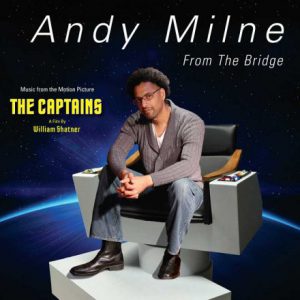 Having worked with Avery Brooks for many years, it is of no surprise that Andy has worked with William Shatner, composing the soundtrack to ‘The Captains’ which he describes as ‘a series of spontaneous relationships, framed by bookends of linguistic cadence, contrast and subtle references to the history of music within the Star Trek universe’. I asked Andy about his Shatner experience and scoring his first film.

AM: It happened rather rapidly in a lot of ways I didn’t feel like I was prepared really for the experience. I mean I was a Star Trek fan, so the subject was a fascinating kind of ride for me but as far as what it meant artistically. There was a lot of negotiating to find the sweet spot for where and how it could work, given their resource, my resources and what the vision was. The very fabric of the whole thing was the two of them really kind of improvising with music, with song and with prose and it was very improvisational in the flavour. Avery was of course, the musical supervisor in his capacity working with me, so I had a lot of guidance from him, but I don’t come from a background of thinking that way. I think cinematically but I think cinematically for a different purpose in my work and that’s what I’ve always done so it was easier to just take and apply those aesthetics and different musical skills, compositional skills and improvisational skills to the environment. So, a lot of these scenes, they are conversations between two people – virtually every scene is a conversation between two people, Shatner and another captain – and so I’m a third person in that conversation. It was a great experience and I loved pretty much every minute of it, and I got to build relationships with a lot of really wonderful people, Bill Shatner being one of them. I did several other films for Bill after that, sort of spin offs from that film and I scored six more films for him and then did some touring with Avery and performed at a bunch of Star Trek conventions around the world. That was a really wonderful chapter.

In the second part of this interview, we explore more of Andy’s chapters and I talk to him about his recent award winning album ‘The ReMission’, his ‘Strings and Serpent’ project premiered at the Lincoln Centre in partnership with The Japan Foundation and more. For now, I will leave you with some of Andy’s words on his recent album:

‘Like the unexpected joys of an improvisational journey, our collective conversation guided our path towards the intersection of our combined sensibilities — joy, risk & trust. For now, here is where we live’ Andy Milne