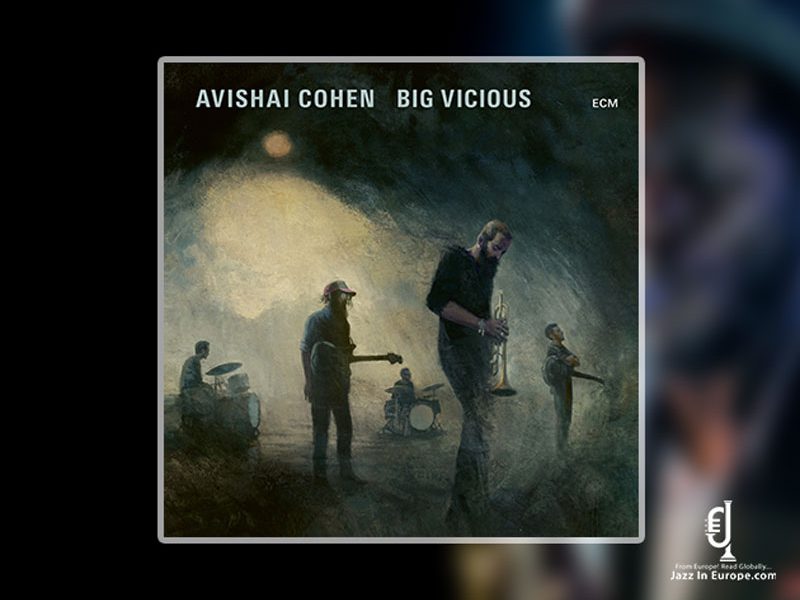 Charismatic trumpeter Avishai Cohen launched his exuberant, home-grown band Big Vicious six years ago, after relocating from the US to his native Israel, rounding up players to shape the music from the ground up, and co-authoring much of its newest material together with them. “This Time It’s Different”, the title of one of the new pieces, could serve as a motto for the project.

“We’re all coming from jazz, but some of us left it earlier”, Avishai says, summing up the idiomatic reach of his cohorts. “Everyone’s bringing in their backgrounds, and that becomes part of the sound of the band.” Textures from electronica, ambient music and psychedelia are part of the blend, so too grooves and beats from rock, pop, trip-hop and more. Ziv Ravitz: “In the combination of everything, this is a magical group. It’s very special because you would expect it to explode, with total drama. But the music is deep, and very melodic.”

Writing sessions for the album took place in the studio of Tel Aviv musician-producer Yuvi Havkin – also known as Rejoicer – who contributed to three of the pieces on Big Vicious’s debut. This communal approach to creating was a new departure for Avishai Cohen, who had not previously written together with other musicians. “It’s made a huge difference, having everybody involved in the writing. There was a lot of discussion about what we wanted the music to be and how it should sound. Rejoicer was part of the process, too, when everyone was bringing in ideas. The Indian scale that underpins the tune ‘Fractals’ came from him, and ‘Teno Neno’ takes off from a comment of his, as well. He was just with us, the whole time we were writing.”

A wide-open approach to cover versions is also integral to the Vicious vision. “We played a lot of covers when we started out. Especially music from the 1990s because that resonates with our generation, the things we listened to at school. But Massive Attack’s ‘Teardrop’ is one we never get tired of. It’s a piece you can stay in forever – every element in it is so complete and at the same time so simple.” The Big Vicious version moves the trumpet into a role analogous to a lead singer’s. This is part of the group’s stylistic identity, explored in their own pieces, too. Avishai says, “In this band, it’s not really about the solos. That’s not the goal or aesthetic here. It’s really about how to make a song, even though no one sings. That’s the difference, to me, to my other work.”

Intense monitoring of live recordings preceded the studio work. Ziv Ravitz: “In jazz bands you don’t really do that. You play the concert and whatever happened, happened. But we would sit down in the van together and listen many times to each show. Saying: let’s tweak this part, let’s look again at this…”. “It was like analysing soccer games every night,” says Avishai. “It was great. Fine tuning the music, zooming in on the pieces, finding little details to improve.”

If this reflects “more of a pop mentality” as Ziv Ravitz suggests, the recording in Studios La Buissonne in the South of France with Manfred Eicher producing, was characteristically improvisational. Avishai: “We may have worked on the music for months, but finally the vibe on the album is our vibe on those three days of recording. It still feels like jazz in that way.”

Big Vicious draws upon long-standing friendships. Avishai Cohen and guitarist Uzi Ramirez attended the same high school in Tel Aviv. And guitarist/bassist Jonathan Albalak and drummer Aviv Cohen, both from Jerusalem, have played together in diverse ensembles since the early 2000s. Ziv Ravitz, recruited as second drummer in 2018, completed the line-up, with a brief to bring some of the colors and energies of Avishai’s acoustic quartet – with whom Ziv has toured extensively – into the Vicious admixture.