Luca Manning | When The Sun Comes Out 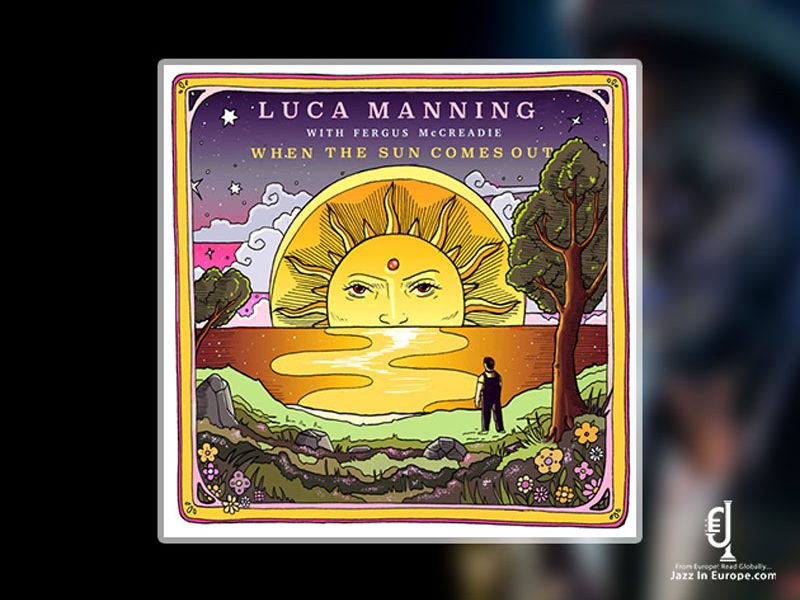 Luca Manning is an award winning Jazz vocalist and songwriter from Glasgow, Scotland. He is inspired by a wide range of artists and musical styles, as well as being firmly rooted in the tradition of jazz. Luca is now based in London where he is fast making a name for himself, with appearances alongside singers such as Ian Shaw and Liane Carroll at Pizza Express Dean Street and Ronnie Scott’s.

When The Sun Comes Out is the much anticipated debut album from Luca Manning. It is a duo record with hugely talented Scottish pianist/composer, Fergus McCreadie. The album also features celebrated alto saxophonist, Laura MacDonald as a special guest.

In his own words: “I wanted this first album to be a reflection of who I currently am – in the truest sense. We recorded it live at the nyos building in my home city, Glasgow. I chose to go for the more raw, live sound rather than a studio sound as it was really important to me that we capture a ‘moment’ with each take. Therefore, don’t be alarmed when you hear the odd creak of the piano stool or the passing of a car outside – it’s all in the moment!”