Wendy Kirkland | The Music’s on Me 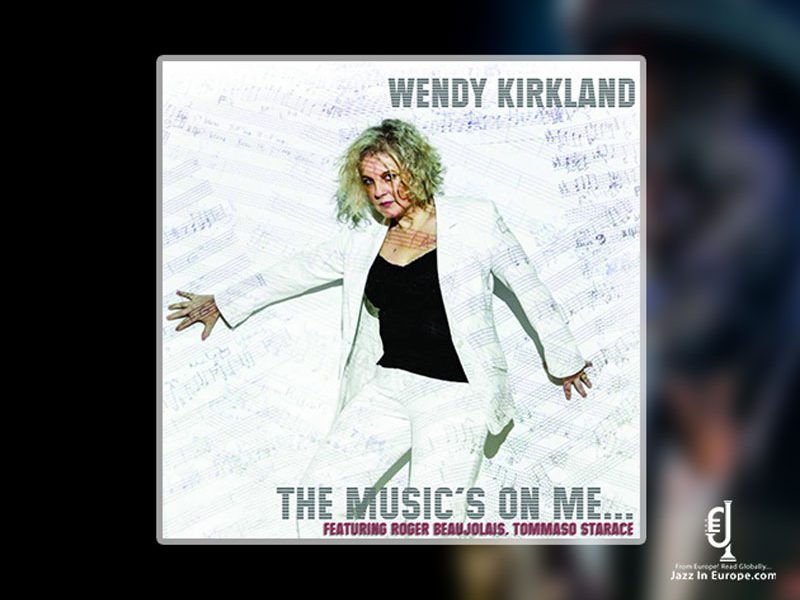 With her previous release being a homage to the female performers that influenced her musical development, this current album is less thematic in nature yet stylistically similar. In a recent interview published on London Jazz News Wendy said: “With Piano Divas I was focusing on singer-pianists, whereas this time I was really looking to create as much variety as possible…” I would have to agree with this, The Music’s on Me provides the listener with a wide palette of feels, ranging from the medium swing of the title track to the more adventurous rendition of Don Grolnick’s “Pools”.

The album features Wendy’s regular working band comprising Pat Sprakes (guitar), Paul Jefferies (double bass) and Steve Wyndham (drums) along with special guests Roger Beaujolais (vibraphone) and Tommaso Starace (saxophone) both contributing. Since the release of Piano Divas, the band has been holding down a rigorous touring schedule, and this can be heard in the interplay the group have developed. Sprakes, Jefferies and Wyndham form a formidable rhythm section providing a strong base for Kirkland to weave her vocalese. Vibraphonist Roger Beaujolais makes an appearance on “Pools” with an impressive unisono version of the melody together with Wendy before moving into a well-crafted solo. Italian Saxophonist Tommaso Starace appears on the “September Second” and the closing track “Travelling Home”.