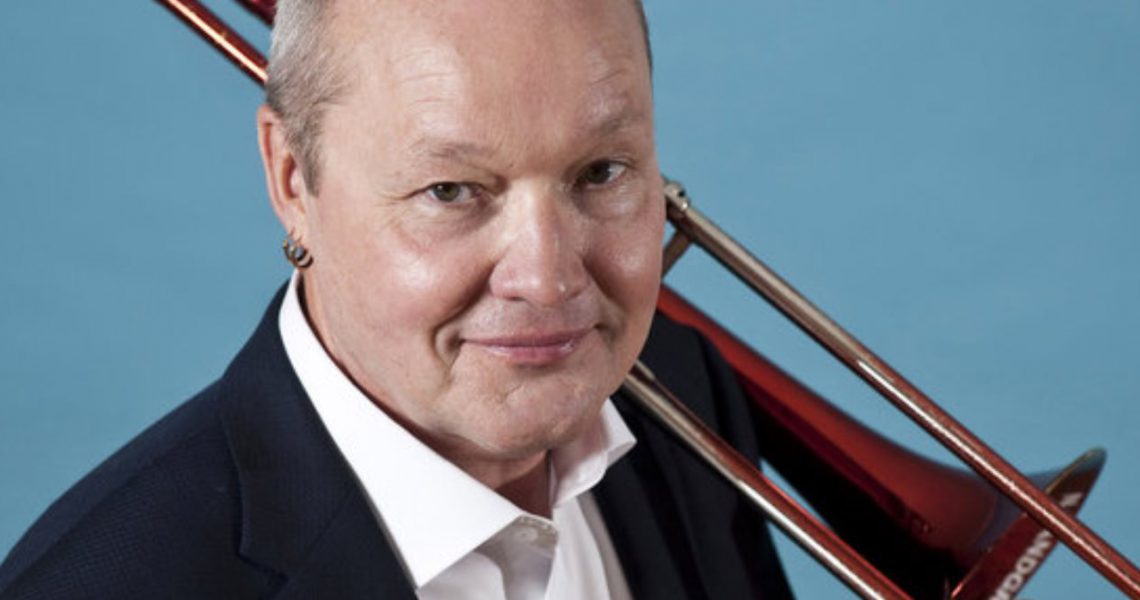 Nils Landgren receives the Bundesverdienstkreuz (Order of Merit of the Federal Republic of Germany) from the President of Germany, Frank-Walter Steinmeier. This award is in recognition of Landgren’s major contribution to the German music scene. The award will be presented to him today, 13 June 2019 by Hans-Jürgen Heimsoeth, German Ambassador to Sweden, at the Ambassador’s official residence in Stockholm.

There is a synonym for the words diversity, curiosity and zeal: Nils Landgren. “Mr. Red Horn” swings brilliantly from one perspective to the next, also because he needs this constant change. Landgren embodies not one but two souls: When the audience sees him with his “Funk Unit”, the Swede shows himself from his masculine and distinct, relentlessly grooving side and acts the jazz action hero. However, there is also a gentle melancholic, highly sentimental Nils Landgren. He intones on the trombone with incomparable smoothness and his highly individual, fragile voice touches the heart and the soul with a remarkable sensibility.

Nils Landgren has also had a particularly far-reaching involvement in German musical life: he was artistic director of JazzFest Berlin first in 2001 and then again from 2008 to 2011 ; he has been artistic director of the JazzBaltica Festival since 2012; he has been a lecturer at the Musikhochschule (conservatoire) in Hamburg since 2006 and professor of jazz trombone there since 2014. Through his roles as mentor, teacher, friend, promoter and as a supportive colleague on stage, Nils Landgren has had a decisive influence on the careers of countless young musicians. He consistently seeks out emerging jazz talent from all over Europe and has influenced the career development of musicians such as Esbjörn Svensson, Viktoria Tolstoy, Wolfgang Haffner, Lars Danielsson, Ida Sand, Rigmor Gustafsson, Jessica Pilnäs, Johan Norberg, Jeanette Köhn, Michael Wollny, Eva Kruse, Lisa Rebecca Wulff, Janning Trumann, Ingolf Burkhardt, Peter Weniger, Tini Thomsen, Nicole Johänntgen…they have all benefited from a close association with Nils Landgren.