Charlie Hunter is a master guitarist playing jazz and blues on his custom made 7 or 8-string guitars; he’ll be performing with his newest musical partner, vocalist Lucy Woodward, as a trio with Niek de Bruijn on drums, but with Hunter’s unique instrument in his hands, their sound is like a quartet’s.

Originally based in San Francisco, Hunter has been active since the early 90s, and especially since his two 1995 releases on Blue Note Records. “Ready…Set…Shango!” as a quartet and “Bing, Bing, Bing!” as a trio. With Hunter on an 8 string guitar on both records, the stage was set for a constantly shifting of musicians, instruments and concepts, but usually as a trio or quartet and always an irrepressible groove. Later Blue Note Records recordings were all equally and highly acclaimed, including “Natty Dread” (1997), and “Charlie Hunter and Pound for Pound, The Return of the Candyman” (1998).

His current project with Lucy Woodward is significantly scaled back from this, as a bluesy jazz, jazz-pop trio with covers by Nina Simone, Lucinda Williams, Willie Dixon and Blind Willie Johnson. Woodward has sung previously with Snarky Puppy, Pink Martini, and the WDR Big Band, as well as been a back-up singer for Rod Stewart, Chaka Khan, and Barbara Streisand. She was born in London, but grew up in New York and Holland, so keeping in mind that she has sung with Streisand, so possibly Hunter and Woodward are sharing their own private “A Star is Born” quest; and if so, absolutely and hopefully only the positive side of that story with their current sultry jazz-blues collaboration. 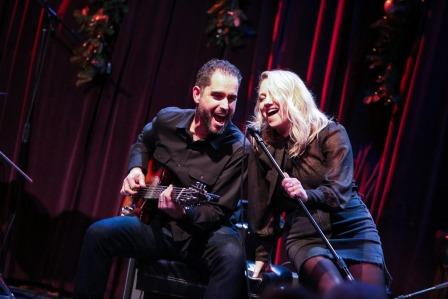 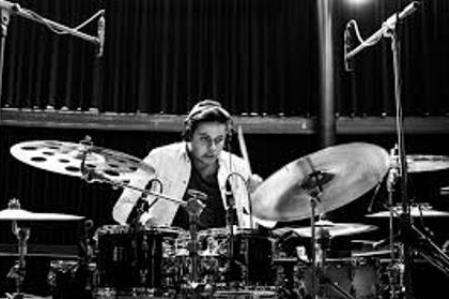 Hunter’s most recent release before “Music Music Music!” with Woodward was mostly a blues affair, titled “Everybody Has a Plan Until They Get Punched in the Mouth” (2016) and this one was also his first recording for a major label in nine years, done with outstanding players including drummer Bobby Previte, trombonist Curtis Fowlkes, and cornetist Kirk Knuffke. The album’s surprising title is taken from a quote by the former boxing champ Mike Tyson, a blunt metaphorical reminder about the contrast between life’s plans and day-to-day reality, which also hits at the core or the roots of the blues.

Keep in mind, that Hunter is not an ordinary guitarist with a drummer and vocalist. Hunter is playing both guitar and bass with his custom-made instrument, as his “guitar” has the lower three strings of the bass, and middle four strings of a guitar, and it is tuned to blend the sound of the two instruments into one. This 7-string guitar is his vehicle for musical expression, and it is always a celebration of music.