Editors’s note: JazzFest Berlin is a globally renowned jazz festival, held annually since 1964, features 4 days of performances by prominent international musicians at the Haus der Berliner Festspiele & other clubs around town. Jan Fritz gives background context and shares his reflection on a highly thought-provoking 4 days immersed in the latest jazz scene in Berlin.

On November 01st this year I travelled to Germany’s Capital city to attend JazzFest Berlin 2018.

My arrival into Berlin city centre was marked by a cool breeze, really welcome after the exceedingly hot summer months. Actually, the summer of 2017 and 2018 had contributed to a drought that was very evident in both the lacklustre city trees and the alarmingly low level of the river Spree which slowly makes its way through the centre of the city.

In opposite contrast, the Berlin Jazz scene has been blooming in both 2017 and 2018. Although its recent explosive growth has not been without some controversy. The famous German Jazz trumpet player Till Bronner who performed for the former US President Obama at the White House was assured by the German federal government that a sum of 12.5 million euros was secured to build a centre specifically to perform Jazz music in the German capital. The Berlin Senate decide otherwise and the money is now being used to support the overall growth of the city’s culture. Fortunately, Berlin’s city core Jazz clubs have been around for many years, with a long ‘A’ list of famous jazz musicians performing for local and international patrons.

In May 2014 the’XJazz Festival’ was established under the direction of the musician Sebastian Studnitzky. This Jazz festival is part of the Berlin yearly festival cultural calendar. In fact, the XJazz concept has now been adopted to include the ‘XJazz International’ festival starting this November in the city of Minsk in Belarus.

The director of the Berliner Festspiele – Dr.Thomas Oberender took note of the XJazz festivals growth and popularity. So he appointed Nadin Deventer as the new artistic director of JazzFest Berlin to move the festival forward and compliment the excellent work of the previous artistic director – London author and music journalist Richard Williams. This recent change of the helm has been further enhanced by the appointment of guitarist Mary Halvorson as ‘artist in residence’

Jazzfest Berlin originally started in 1964 and is the oldest German Jazz Festival as well as one of the largest and popular European Jazz Festivals. It’s current artistic direct Nadin Deventer continues to develop, adapt and further strengthen JazzFest Berlin superb reputation. “It’s important to me to think of the festival as a total cosmos,” says Nadin Deventer. “To understand jazz as something whole and not as a fine-conserved aesthetic niche, this is my goal.” Nadin previously worked with the Ruhrtriennale music festival and was a member of the board of the European Jazz Network.

In 2017 the previous artistic director – Willams was looking for unusual collaborations, linking to the Berlin scene. He established the ‘Arist in Residence’ program and Deventer continues to develop this as one of the many projects she manages. Nadin says “at Jazzfest we have thirty -five projects, and I’m already looking for a balance between musicians.” This year, jazzfest focus, with the motto “When did your heartbreak?” Focused on Chicago, James Reese Europe and Contemporary African-American music. These key foundation focus stones spread across and throughout the entire four-day program. The Afro-American music segment included the US-pianist Jason Moran’s audiovisual project on the history of jazz pioneer James Reese Europe, who in 1910 founded the Clef Club, an organisation for African_American musicians. Reese Europe led an army band, served in Europe as a soldier during the first World War and was significant in the introduction of Jazz In Europe.

I really liked the linkage between the history of Reese Europe and the highly influential Art Ensemble of Chicago who’s founder Roscoe Mitchell also served in the military. Both Resse Europe and Mitchell are considered visionaries and collective thinkers by Deventer and she sees this as substantive building blocks. This collective history was enhanced in a duo project called ‘The Black Drop’ featuring Afrofuturist Moor Mother and Mitchell reflecting the importance of Chicago jazz.

The opening night event was called ‘Haus of Jazz’ – perhaps a subtle wink and recognition of Till Bronner. “The idea is that we want to make the entire Haus der Berliner Festpiele accessible and play as many spaces as possible, we present concerts on five stages,” says Nadin Deventer. In addition, the Berlin-based Kim Kollektiv recorded the underground stage with a walk-in 360 degree sound installation for two days.

The first evening’s event culminated in the performance of Rob Mazurek’s commissioned work ‘Exploding Star International: Chicago-Berlin’. Music was performed by musicians from both cities as a collective work.

I believe the greatest influence at the festival was the playing of the ‘Artist in Residence’ Mary Halvorson hailing from Boston, USA.  A musician who is highly regarded as one of the most original guitarists on the international Jazz scene. Halvorson gave workshops, performed with her quartet and also played in an octet at the grand finale on Jazzfest Sunday. This performance was named ‘Melancholic Sunday’. The first evening also had offerings from the Estonian’s Maria Faust and Kara-Lis Coverdale performed at the Berlin Memorial Church. You could also experience the Norwegian sound of artist Kim Myhr and his band, and of course the Mary Halvorson Octet and Bill Frisell, his latest composition pure and enjoyable. 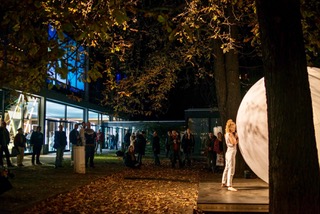 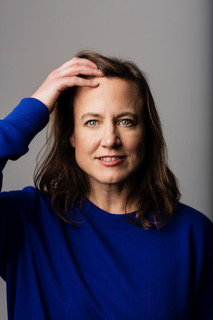 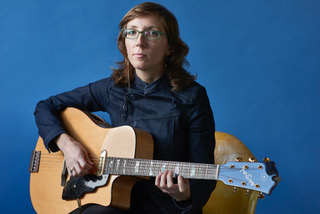 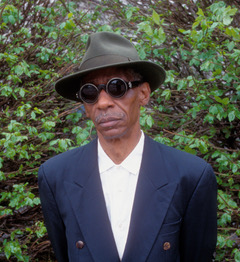 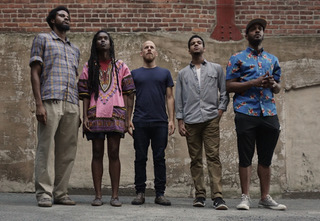 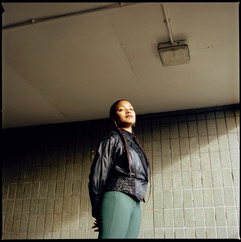 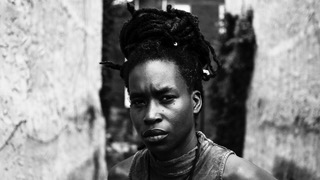 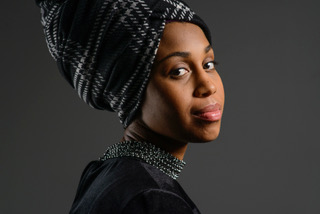 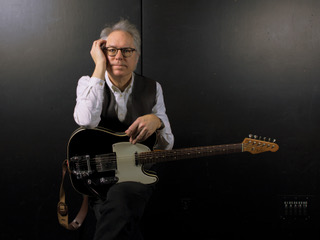 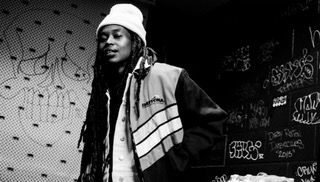 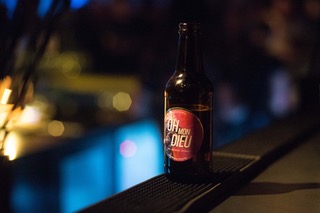 But, let us get back to day one; We started the day with a lecture from a gentleman from Africa, he spoke of what many may sight as the eternal question – ‘what is jazz?’ Of course, we heard about the politically explosive question of our time, and it was asked if jazz gave us artistic answers to these pervasive questions! The debate continues!

Jazzfest Berlin 2018 had many visiting and performing artist and many on the list were a who’s who of Jazz – Eric Dolphy, Amiri Baraka, Bill Frisell etc. For me, the highlight of day one was the evening concert by Nicole Mitchell and her Black Earth Ensemble.

Performing from her album ‘Mandorla Awakening II: Emerging Worlds’  rather like Bonaventure’s, the utopia of modern society. A manifesto that begins musically disordered to illustrate the chaos in our global societies. Nicole Mitchell calls this artistically challenging work, which deals with the topic ‘colliding dualities’, in which two mutually exclusive social models meet. As the world is ransacked by self-destruction and hierarchical societies, the utopian ‘Mandorla’, an Atlantic island, is thought of as an egalitarian society in which spirituality, technological progress and nature are reconciled. The famous singer Nicole Mitchell’s group is Avery R. Young, he gets into a kind of self-relieving ecstasy as the suite progresses. Especially with his shouting, which reinforces the message of the stirring text. At the end of the concert, however, the audience and the organisers must have feared the singer was is about to collapse as he gives so much of himself. A controversial, brilliant start to this jazz festival in 2018.

I slept well from such a busy day and was greeted on day two with bright sunshine. The program was a seamless continuation of the first evening, at least as far as the evening program is concerned, again politically explosive from the USA. Black Power from Moor Mother, the exciting new voice of a confident and dedicated North American. In her energetic performances, the musician, poet, social activist and educator Carmae Ayewa aka Moor Mother combines hip-hop samples, noise, spoken word and experimental jazz into what she calls “slaveship-punk”.  Ayewa, born in Philadelphia, acted as a singer and bassist in the punk bands “Girls Dressed As Girls” and “Mighty Paradocs”. Together with her partner Rasheeda Philips, she founded the “Black Quantum Futurism Collective”, which challenges hegemonic Western concepts of time and space, examines alternative views from an Afro-centric perspective and counteracts local gentrification processes. Ayewa describes herself as a time traveller, reinventing ideas of memory, history, and the future in her work, confronting them with issues such as institutional racism and the trauma of the historical experience.

Since 2015 she has worked with the liberal-oriented avant-garde jazz collective “Irreversible Entanglements”, which first came together at a “Musicians Against Police Brutality” event. Her Berlin concert became a triumphant event. Time and again, she exclaimed that she must turn away from reality in present-day North America: “Drownded in Escapism” is what she so impressively demonstrates that it captivates listeners, including me. Her voice is underlaid by an echo sample, which lends even more weight to her spoken text through the reverberation. It is also reinforced by a rousing pulse of their band, especially caused by double bassist Luke Stewart in the savvy interplay with the drummer Tcheser Holmes. This performance is the first highlight of this year’s Berlin Jazz Festival.

Immediately afterwards, the new festival director Nadine Deventer asked the audience to stay in their seats, because a world premiere would be before the break. The premiere “The Black Drop” presents Ayewa aka Moor Mother in a duo together with the legendary saxophonist and founder of the Art Ensemble of Chicago, Roscoe Mitchell. Just recently, the two met at a music festival. Ayewa, still good with voice, threw the word “drop” into the concert hall again and again in an impressive manner. And the drop hollowed out the stone. Roscoe Mitchell improvised on the soprano saxophone. His play contained all the sound shades of crow birds and this sound underlined the text.

After these two concerts, I was no longer receptive to more music and had to leave the festival for a while and quietly reflect on what I had just experienced. It can be assumed that the first two days of the festival did not satisfy the public, who love classical, swinging jazz. But the Jazzfest Berlin of the present is not a classical jazz festival, as so numerously presented in Europe. The jazz festival in Berlin invites you to think about music, be it in a quoted format or freely improvised. The music should be relevant, show perspectives and present different perspectives. This is not for everyone, especially not for stressed-out city dwellers who want  calming mind- balm through jazz music.

I will bring you my reflections on day 3 and 4 over the coming week or so.