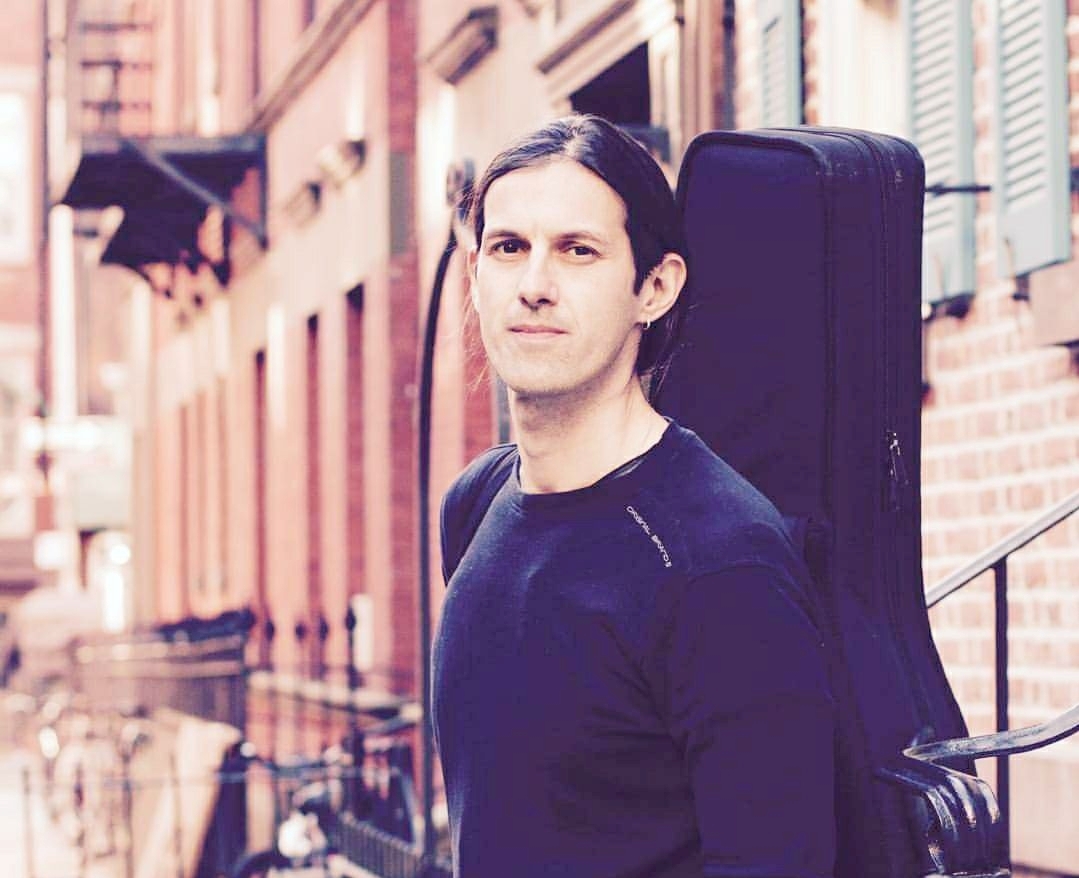 Italian guitarist Jan Sturiale embarks on a European tour this summer to promote his latest album titled ‘Roadmaps’. The album is Sturiale’s fourth album to date and is very much shaped by a healthy mix of original compositions and his re-working of memorable tunes such as Peter Gabriel’s ‘Mercy Street and Frank Zappa’s ‘Blessed Relief’.

While cutting the studio album, Jan Sturiale was supported by Jure Puki on saxophone, Marko Churnchetz on Piano, Miha Koren on bass and Klemens Markti on drums. The strong connection between the musicians is very fluent, especially between Sturiale and Puki. Reflecting the many hours they spent playing together Live on stage over the previous years.

This results in a forceful album with mixed rhythmical textures and catchy melodies enhanced by a contemporary language with electric influences. 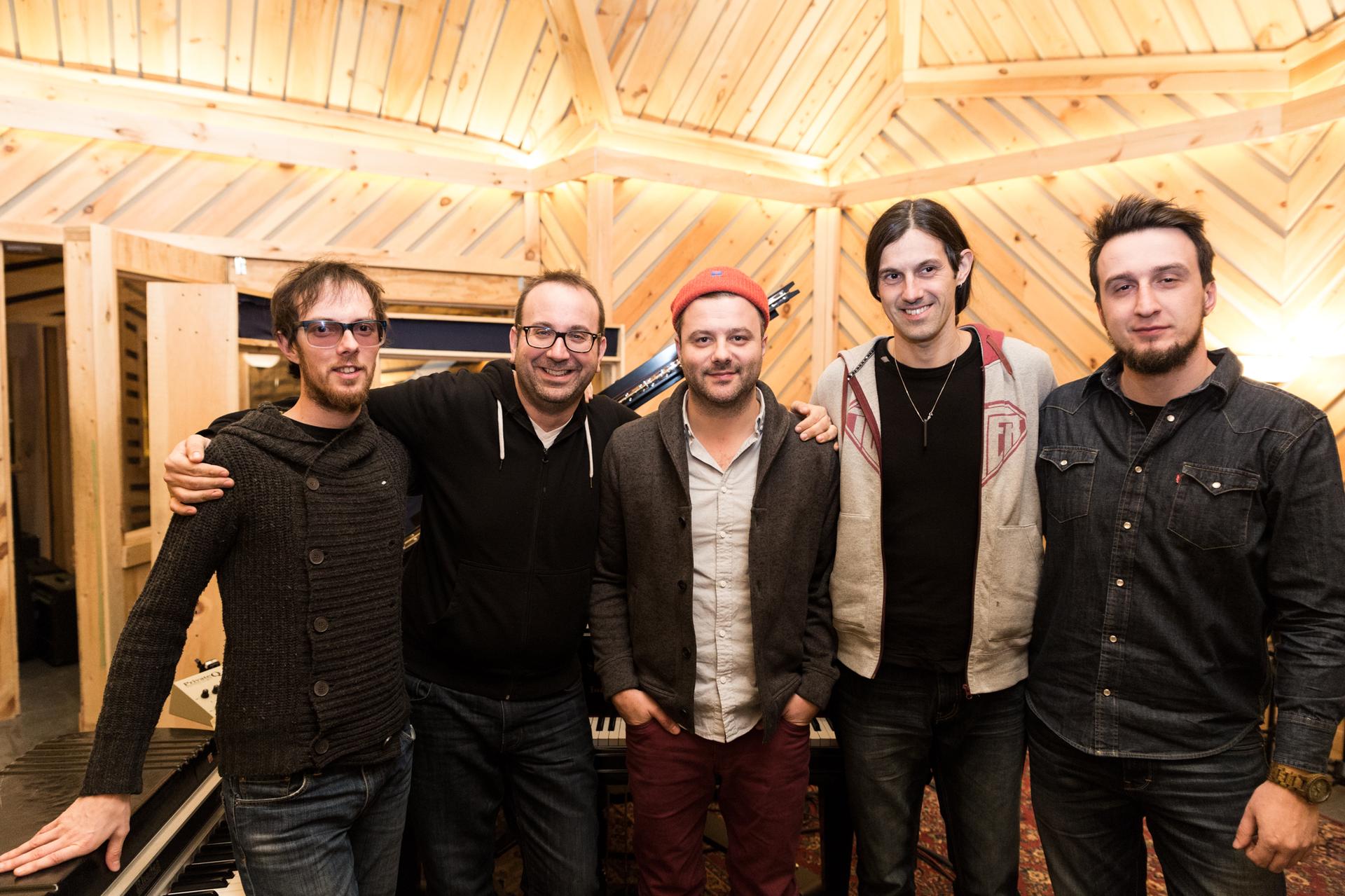 Your career is in constant change and evolution. What’s the most important step forward you think you’ve made with this album?

For me music it’s all about environment and creating relationship with other musicians…it’s a huge aspect that’s why I try to stay as active as possible and challenge myself as much as I can. It was a privilege working with pianist Marko Churnchectz, saxophone player Jure Pukl and Miha Koren and Klemens Marktl as rhythm section. As far as a step forward I think that the real star of the record is the band. I started playing with Jure back in 2011 and we did lot of gigs together in these years so I decided to put together a band with him and go into the studio. The chemistry and interplay I think bring new depth to the compositions. We explore various moods, textures and tempos, often within the same tune and like I said it’s really a band record.

Your compositions thrive through a melodic line of guitar sharing with the sax, both voices match great in the album. What’s the meeting point between yours and Jure’s voice?

I love the sound of the guitar combined with the sax. We’re both playing melodies together in this record trying to interact in a spontaneous way, trading solos and improvising on compositions. Of course everyone is different that’s the beauty of improvised music; everyone put something original and unique with total freedom. I really love Jure’s approach on the instrument and his freedom but also his understanding of the language and tradition. He’s the man. It’s easy to play with him.

Your repertoire is nurtured by many influences and with a palpable underground personality in some tunes. Does this diverse approach to your music make it appeal to a wider range of musical tastes?

Yes, I love and play various genres of music so that’s why probably you can hear lot of different backgrounds on compositions. I try not to compose original music, solely for myself and for people with similar interests, but for all and thrive on producing music that is authentic but at the same time melodic hopefully for reaching more people.

Do you feel that there is more experimentation and space for free language in this album than in the previous ones?

Yes, totally it’s much more improvised, it’s composed but I left more space for the band to interact and for the interplay. We had lot of fun in the studio and in the post production at John Davis studio, the Bunker in Brooklyn, N.Y. John add also his voice on this record with during the mixing process, I consider him as a part of the band. He really help me out finding a great sound for the recorded guitar, we used the acoustic sounds from the f-holes of the instrument combined with the electric sound plus some effects as the POG2. I dig it!

You revisit Frank Zappa’s Blessed relief with an up-tempo arrangement, respecting the essence of the composition but adding strength and contemporary character. Was this one of the biggest challenges of the album?

I love Frank Zappa works, yes we played few takes in the studio and we decided to keep the up tempo version. On “Grand Wazoo” record this tune is a medium waltz and I just love it the way it is but we just wanted to try different tempos and feel and I think it came out pretty well.

You are about to start a Europe’s tour to present the album. Which venues will you visit with the band?

Yes I’m super excited about our July summer tour. We’re going to play few festival and great venues in Europe. We’ll start in Ljubljana, SLO and then Wien, A and Trieste, Italy, London, UK and more.

For more information on the artist, his music and European Tour dates Visit: Jan Sturiale