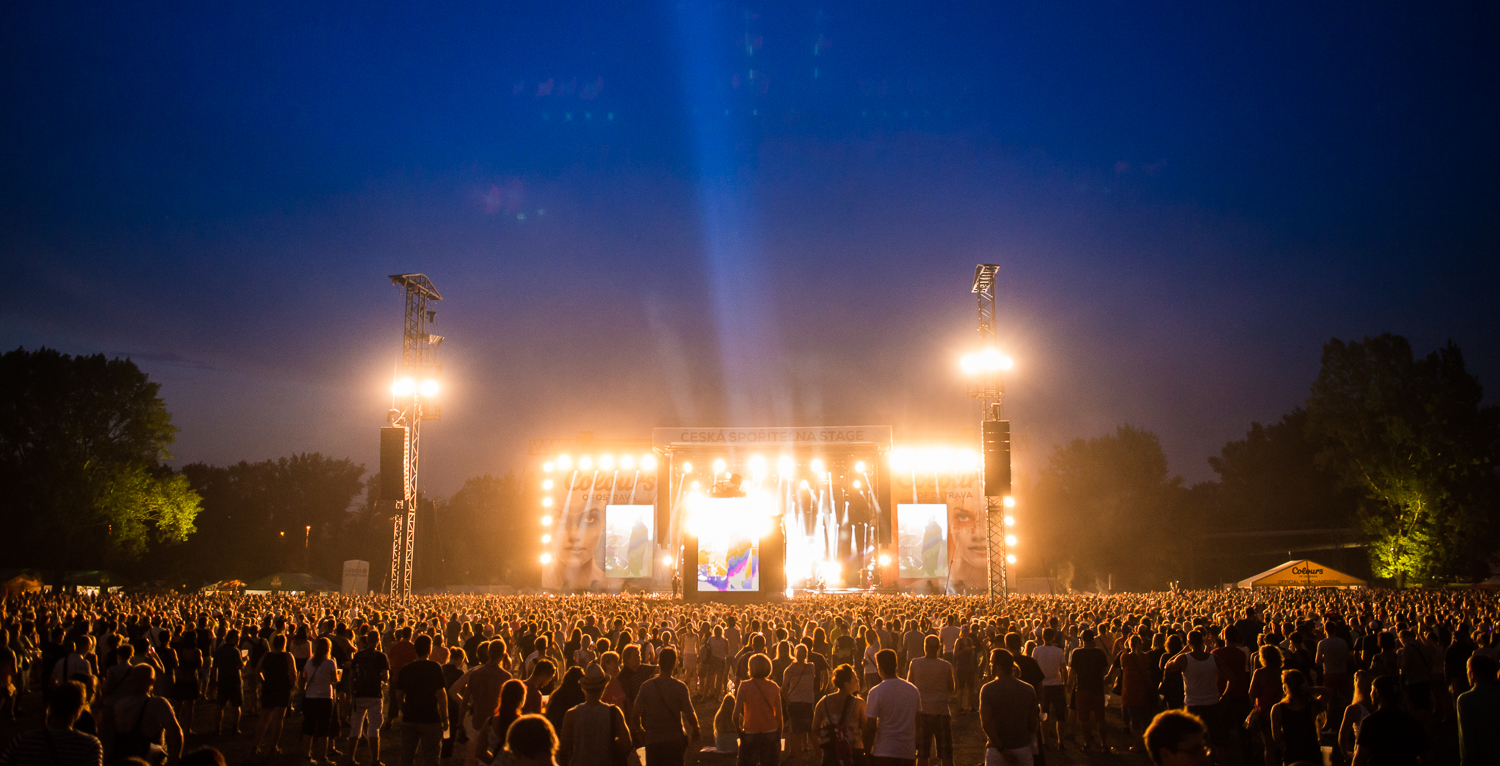 Swingamajig, in Birmingham, England, is one of the largest electro-swing festivals in Europe and the UK, and the organizers for this festival, which was held this year on May 1st, are from the Birmingham group, Electric Swing Circus, which is now preparing for larger summer shows across Europe, including the four-day multi-genre music festival, Colours of Ostrava, in the Czech Republic.

“Swingamajig was awesome!,” says Tom Hyland, the guitarist of the group. “We set the festival up back in 2013 and this was our 3rd year.  We have grown into a seven stage event with some of the hottest acts from the UK, Europe and the world; it’s a great party!”

The Birmingham festival is named after one of the group’s best known songs. “We actually wrote the song first, and the festival came after,” says Hyland. “The song is all about holidays, festivals and sunshine, so it seemed appropriate.”

Hyland says that they are not too influenced by the earliest English jazz players, from the swing era. “Music in the UK in this era was good,” he says, “but we prefer the styles that were coming out of New York, New Orleans and Paris. So they are the ones that feature more in our music.”

Along with the music styles associated with those greatest of jazz towns, from ragtime and dixieland to and gypsy-jazz, this also implies the backdrop to the notorious nightlife of 1920s and 30s-era red-light districts, as well. Burlesque, brothels or speak-easies, all-night dance-parties, and generally, letting the good times roll, even in the worst of times feed the élan or spirit of Electric Swing Circus on stage.

Another better known song by the group is their version of “Everybody Wants to be a Cat,” from the “Aristocrats,” the Disney animation film (1970) and originally sung by scat-cat Big Man O’Malley with Parisian street-cat players. Electric Swing Circus’s revision or remix is close enough to the original, keeping the lyrics intact, and the energy level ragged and fierce, so in other words, it’s all very feline.

“When playing jazz you always have a welcome mat”

With this song and many others, it is clear that Electric Swing Circus tries hard to successfully sway an audience that is not necessarily at the music festival to hear jazz. And it is certain that they will do just that at Colors of Ostrava, in the Czech Republic, July 14-17, with its headliners, Tame Impala (neo-psychedelic rock from Australia), M83 (alternative electro-pop from France), Thievery Corporation (pioneer bossa-electronic dance producers from USA), and Underworld (electronic pioneers from UK).