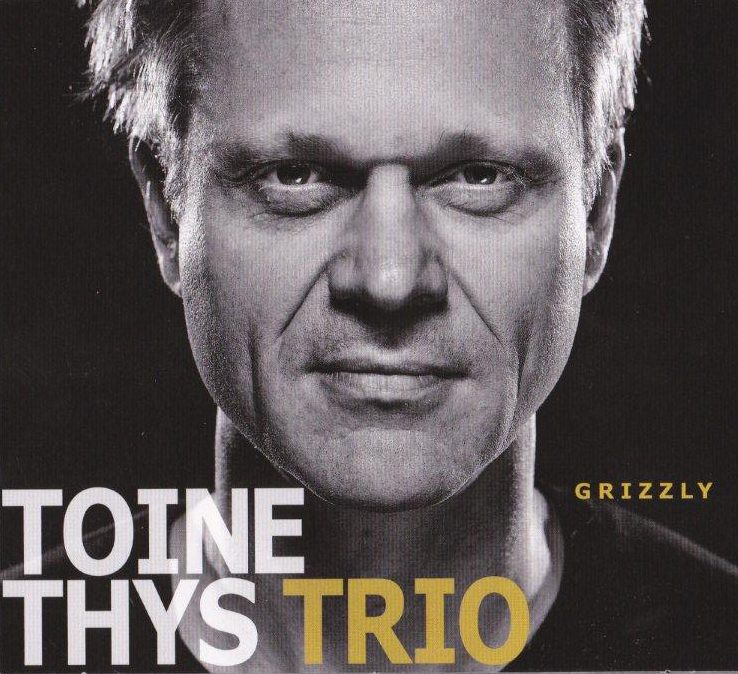 Toine Thys’s trio plays in a traditional line-up of reeds, percussion and organ however the music on their new cd “Grizzly” is anything but traditional. This is largely due to the fact that all compositions are written by Toine Thys. Playing standards you’ll quickly end up in the well-known pattern but This is certainly is not the case here, although the ‘classic sound’ of Arno Krijger’s Hammond organ is of course very familiar.

The inspiration for the most part of this album is the movie world and in particular the director Werner Herzog. Herzog is responsible for striking feature films, such as “Fitzcarraldo” (1982), starring Klaus Kinski and Claudia Cardinale. The most famous image from this film is the transport of a steam boat with the help of native Americans over land in the Amazon. There are more of those absurd situations in his films.

However, absurd is not a word that can be used to describe the music of this trio. Light-footed and swinging Toine Thys blows through the ten songs with Arno Krijger and Antoine Pierre providing a solid basis for his tenor sax, soprano sax and bass clarinet.

The organist Arno Krijger belongs to the category of specialists who play the Hammond Organ with hands and feet. Fingers play the keys, left foot plays the bass pedals and right foot controls the volume. That is as it should be! The drummer, Antoine Pierre has made quite a name during his (so far) short career performing with the likes of Philip Catherine and Enrico Pieranunzzi. The trio plays well on the album: solid interplay and captivating solos.

Regarding the titles referring to Herzog’s films there is not always an obvious parallel with the music. The title track “Grizzly” (the documentary has the title “Grizzly Man” ) for example is up tempo and joyful. It can refer to the innocence of the man who loved these dangerous animals so much but met an untimely death. The music on “Grizzly” is alive! It is an update on the traditional Hammond trio..

The Toine Thys Trio plays at the Gent Jazz Festival (Saturday 11 July). The record is on the Igloo label (IGL260)