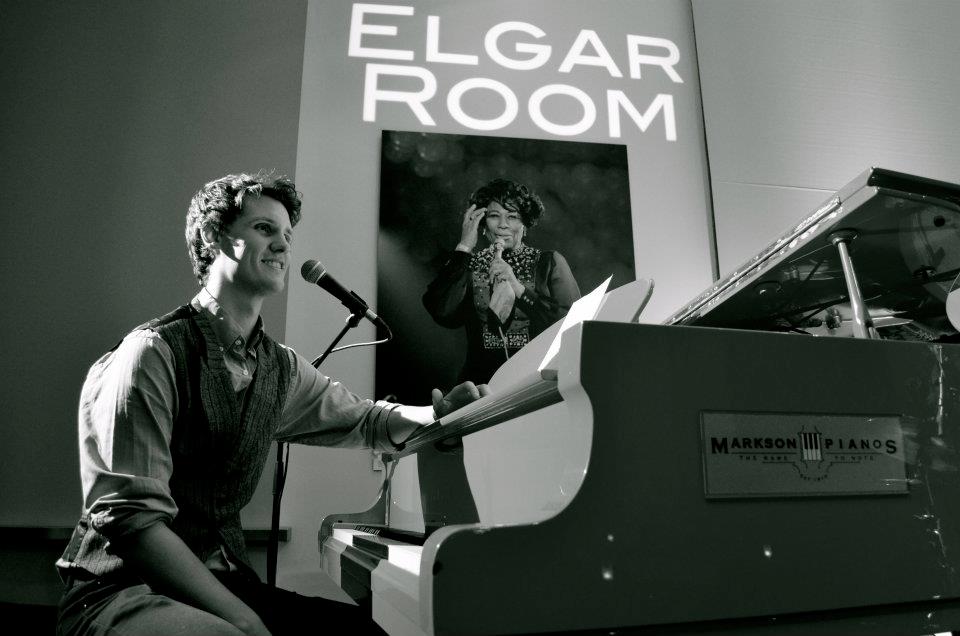 British songwriter, vocalist and pianist Theo Jackson is rounding off a year which has seen him sign to US label Dot Time Records with two full band shows in London.

Having recently been granted permission to set lyrics to two songs by Wayne Shorter, on Friday 28th November Jackson will be making his second appearance at St James’ Theatre Studio. He’ll be paying tribute to the great male jazz vocalists as well as introducing new songs from his forthcoming album “Shoeless and the Girl”, set for release in Spring 2015. Thursday 11th December sees Jackson return to the Late Night Jazz season at the Royal Albert Hall’s Elgar Room. He’ll be playing the “Big Red” – a striking red hand-built Yamaha S6 Grand Piano, originally played by Sir Elton John at the O2 Arena and on loan from Markson Pianos.

These are the last full band appearances before Jackson embarks on a pre-release tour of private homes and venues. Hosts invite their friends for an evening of exceptional entertainment in the comfort of their own home and people who can’t get to the event can watch it live-streamed whilst interacting directly with him. It’s a win-win – the host and their guests have an “up close and personal” experience they would never get at a live music venue and Jackson plays to an engaged audience, making him a real door-to-door troubadour. All he asks from hosts is that they invite 15 or more guests who agree to make a donation to cover his expenses. They’ll also have the exclusive opportunity to purchase a copy of the album before the official release date.

More information on the Door to Door tour at www.doortodoortroubadour.com