An interview with Yosuke Sato 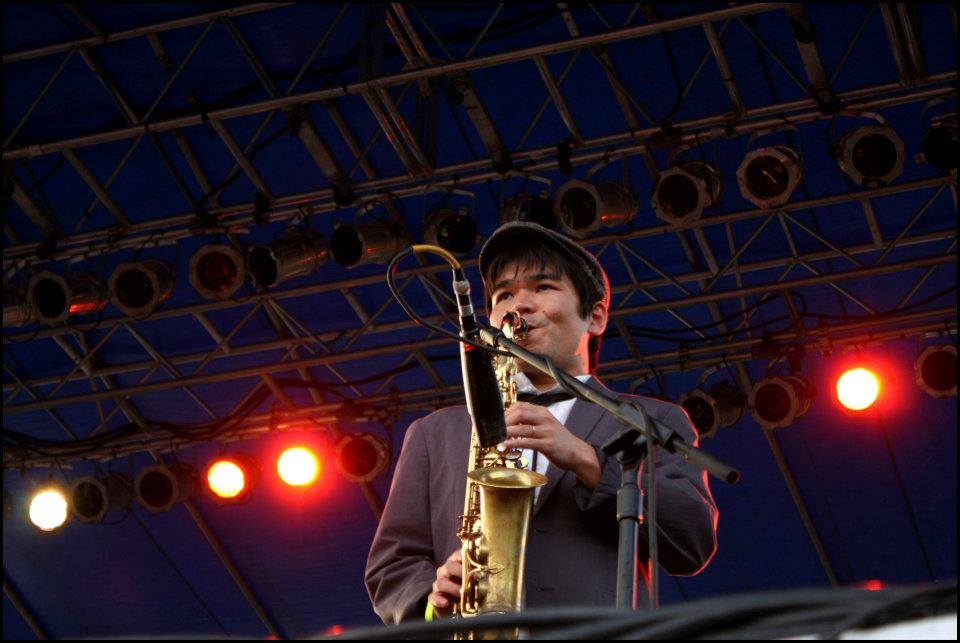 Recently I was in the middle of a enthusiastic audience enjoying a concert by the Gregory Porter Quintet at a well recognized Jazz festival as part of his European tour. Immersed in Porter’s voice I suddenly became aware of the great tone coming from an Asian looking musician sporting a stylish jazz beret and an alto saxophone. The series of solos he performed caused me to think, “wow, who is this guy and how can he control that sound and at that register with such speed, precision and cleanliness’.

I immediately grabbed my phone after the musicians were introduced at the end of the show to note who he was and as a “note to self”to do some deeper research about Yosuke Sato.

I didn’t find a great deal of info about him on the net, something which I found incredibly strange considering his talent, so I attempted to contact him for a short interview, Having succeeded in contacting him all I can say is that during my interview with Yosuke, I found an extremely kind and very modest person. I greatly enjoyed my conversations with him.

EA: When did you first begin seriously studying your instrument? Where? With who?

YS: I bought my first saxophone when I was 26 years old with my first bonus from the company I was working for at the time. I was already playing guitar and trumpet so I knew what I wanted to do on saxophone. Finding time to practice then was not easy due to the fact I was working as a day job at the time. Several years later I quit the job so I could practice more, and started working with local musicians in the city Sapporo located in the northen part of Japan. I learned so much from those musicians but never had the opportunity to have a formal music education, I’m totally self taught. In fact I learned from CD’s and books.

EA: What does New York city mean to you and why?

YS: New York used to be the dream place to be as a jazz musician. While still living in Japan, I really wanted to be there, I think most of jazz musicians do. Believe me, it sure is a great place to be, so much stimulation and opportunity. Now NY is my hometown. It’s the place I come back to after tours, the place where my wife is waiting for me and the place that gives me the ease and time to develop my musicianship. I feel really happy when taking a walk around my neighborhood with my wife early in the morning.

EA: What players would you say have had the biggest influence on your playing?

YS: It’s hard to pick just one musician who gave me the most but if I have to choose one I would say Julian Cannonball Adderley is the one. I really had been trying to play like him for a long time and then one day I realized it’s impossible. Still even now, every time I listen to him, he makes me feel like I want to play that way. I never have got bored of his music.

EA: What are some of the memorable experiences you have had traveling around the world with Porter’s Quintet?

YS: This tour with him is such a present and progressive thing that all memories seem to pass by without leaving any trace, it’s just like one gig after another. I think we have done more than 250 gigs this year. The most memorable thing for me at the moment might be the gig we played last night. I always hope audience there enjoys our show as much as possible. When I feel like I could have been better, it really sticks in my mind.

EA: Where do you think your art is going?

YS: It must come back to my body. I believe this is a basic principle for all artists who perform in public. Each of us has such a unique body that makes our artistic expression the one and only, so I’m always trying to mind what and how I eat. Still I have to say that I still enjoy a bottle of beer after the gig.