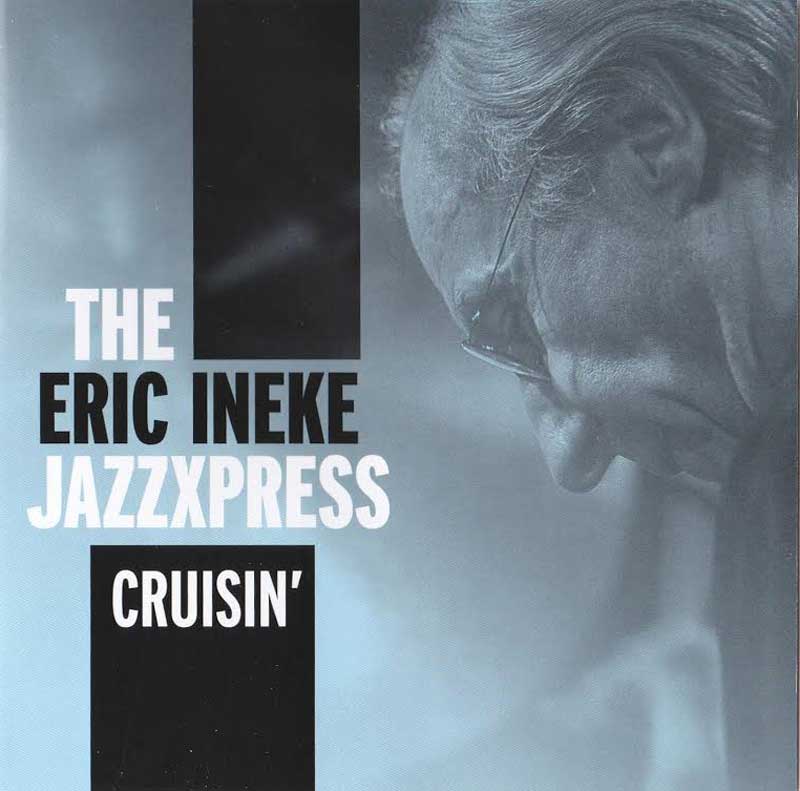 After decades as a sideman drummer Eric Ineke started his own group in 2006: The Eric Ineke JazzXpress.  With the JazzXpress, Eric is joined by four top Dutch musicians. It’s my opinion that this quintet is now the best hard bop band in the Netherlands.

The new cd, ‘Cruisin’, simply confirms that. With trumpeter Rik Mol and tenor saxophone player Sjoerd Dijkhuizen, Eric Ineke has two excellent soloists in his group. Pianist Rob van Bavel is both a fine accompanist as a compelling soloist. Bass player Marius Beets and Eric Ineke have known each other from the Rein de Graaff Trio and form a rhythmic tandem. In short, a strong team of interesting musicians, and composers.

Marius Beets wrote four of the eight tracks on the album while both Rik Mol and Rob van Bavel each have one to their name. In addition, there are two standards on the cd: “Night and Day” (Cole Porter) and “When We Were One’ (Johnny Griffin). ‘Night and Day ‘ is one of those songs on the cd that surprise, it’s a duet between piano and drums. Other highlights are solos by Sjoerd Dijkhuizen, on bass clarinet this time, and Rik Mol in ‘ Seven on the Rigter Scale ‘, a song that Marius Beets wrote as a tribute to Simon Rigter, another fine Dutch tenor saxophonist.

For more information, check out the Challenge Records Website