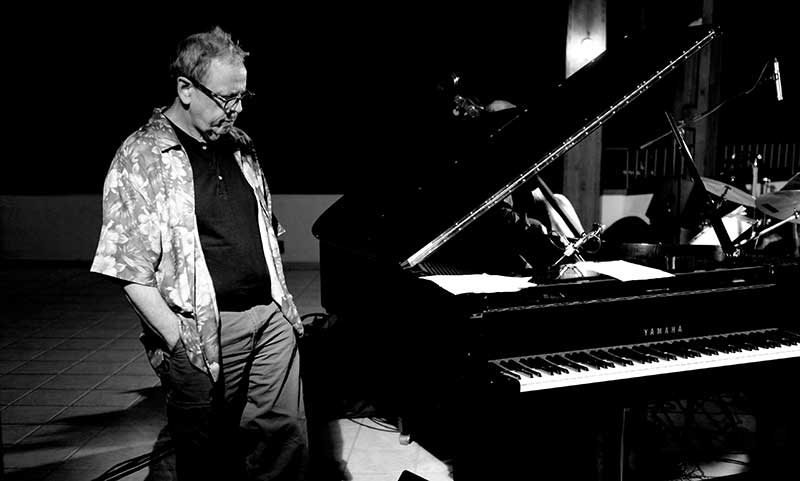 We published Peter Beije’s article on the Toots Thielemans tribute at the coming Jazz Middelheim festival today. While preparing this article Peter spoke with pianist Kenny Werner (long time friend of Toots) for his thoughts. You can read this below.

Pianist Kenny Werner played and recorded with regularly Toots Thielemans. They were famous happenings. ,,The first time I played with Toots was at SOB’s (Sounds Of Brazil) with Adam Nussbaum and Jay Anderson. As we played I started to stretch the harmony out in strange ways. I do it unconsciously, which is why I don’t get too many sideman gigs.

On the break Toots said to me: ‘Keep throwing me in the pool.’ Then as I was about to walk away he grabbed my arm and had me lean over and said: ‘But don’t let me drown!’
So amazing. Here was a guy, almost 80 years old by then and he was still experimenting, still stretching out, still practicing.’’

,,Toots maintained a child’s mentality towards music. He is playful when he plays. Never takes a performance for granted. Sometimes he would treat the gig as if he still had something to prove. I don’t know if he realized at that point that he was a special gift to musicians in all categories and treasured by all. Toots was never one to rest on his laurels.’’

,,If he did what a lot of elder statesmen do, go out do what they do, he would have been bored. No, there always had to be an element of danger. Just like young players who have proved nothing yet, Toots cared about his performance each and every night, that he maintained a certain standard. He never mailed it in. I marveled at that.’’

,,Toots is one of the few musicians that can sound modern and classic at the same time. And in the art of melodic playing, not just playing the melody, there will never be another.

Oh Toots, if you retire, who am I going to be able to play that way with? The younger guys can play the most complex music in the world but they wouldn’t know a melodic line if it hit them in the head. I fear that without Toots Thielemans giving it to us, that kind of heart and lyricism may become a lost art. There are some young players who give it a shot, but they just sound like they listened to old records.’’

,,After a few years or so he and I played a duo concert. There was so much magic that we started to be booked playing duo concerts. In that format he generously shared his light with me. Then for the San Francisco Jazz Festival one time we played trio with Oscar Castro Neves. This was a joyous trio that regrettably never released an album. Occasionally Airto Moreira would join us and make it a quartet, always no bass though. It was a unique sound.’’

,,I’ve played with Toots since the mid-ninety’s. There will never be another one like him. Looks like if I want to play with him now I’ll have to drop by his house, which I plan on doing whenever I’m anywhere remotely close. I gotta get my fix!’’