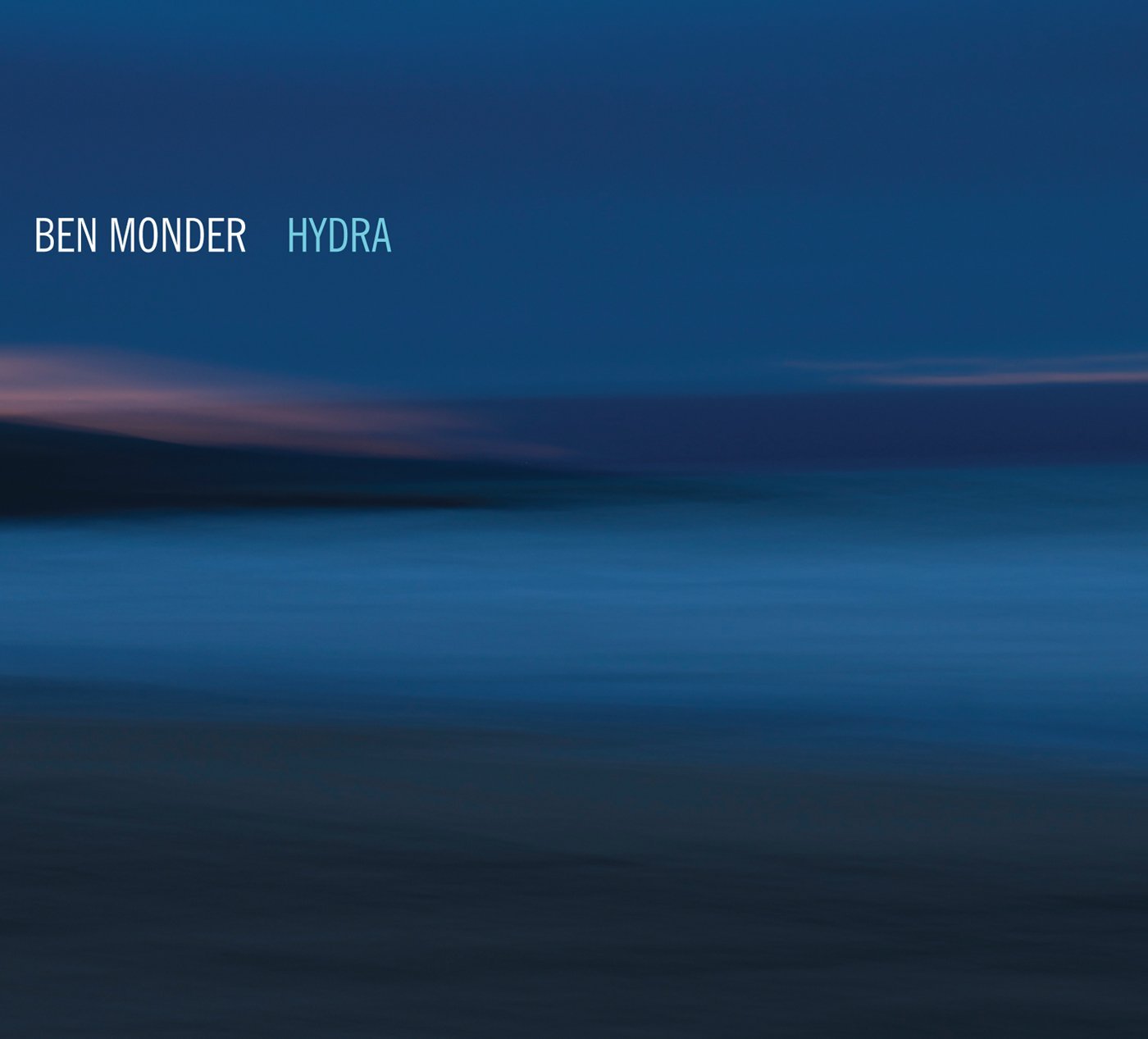 An attempt to write about NYC-based guitarist/composer Ben Monder’s 2013 release HYDRA is bound to fail. I would actually rather dance, paint or sing about the man’s latest musical endeavor then try to put into words the experience of listening to the eight compositions on HYDRA.

However, this CD is so much worth listening to that I decided to let go of my initial reluctance and break my silence about the wonderful music and the extraordinary musicianship documented on this record.

Joined by long time collaborators Skúli Sverrisson and John Patitucci on electric basses, Ted Poor on drums, and backed up by the voices of Gian Slater, Martha Cluver, and his long-time duo-partner, the fabulous Theo Bleckmann, Ben Monder creates a musical landscape thick with atmosphere, at times so dark and dense that the musical colors blur into a radiating darkness reminiscent of Barnett Newman’s last painting “Midnight Blue”.

The band’s musical prowess is breathtaking. The musicians light-heartily navigate their way through Monder’s demanding compositions, never losing touch with the music and displaying an inspiring group-energy and interplay. All of the players are musically equal in spite of the fact that the arrangements mostly seem to put the instruments in their traditional roles – except for the vocals. Like often in his earlier releases Monder uses the voices mostly like instrumental lines. The vocalists hardly ever sing concrete lyrics but blend into the band sound and often they can be heard singing along Monder’s complex harmonic movements and completing his guitar voicings, much as a horn-player would, adding an organic flavor to the music. At times they have an almost otherworldly air about them.

Sound engineer and producer Joe Branciforte creates a delicately balanced band-sound. Throughout the album the band appears as one vibrating sonic body. One with many heads that is.

Hydra is a musical voyage of austere beauty. No matter if it is quiet as in the opening track ELYSIUM or loud as in the 15-minute heavy distortion work-out TREDECADROME, Ben’s music has an almost physical presence and opens the listener’s ears for rich layers of sound, harmony, melody and pulsing odd meter clusters that create fascinating over-tone textures.

The compositions are supported by a complex architecture, whole-tone scales and often-shifting harmonic modulations create, at times, a feeling of levitation. Dense high-pitched arpeggio-clusters are complemented by booming bass-notes that seem to pull the airy music back to the ground. The drums move through the arrangements firmly and elegantly like a dancer.

In his compositions Monder skillfully changes moods and temperatures. He has been working as a guitarist in the New York jazz scene for more than two decades, his masterful guitar-playing is mature and yet it displays an inspiring freshness. His playing is extremely musical, alive and overwhelmingly precise. I have been told that among guitarists he is famously known for using his nose on the fretboard if ten fingers aren’t enough to pluck his complex voicings, which seem to have an unlimited range of upper structure options. But that’s beyond the point.