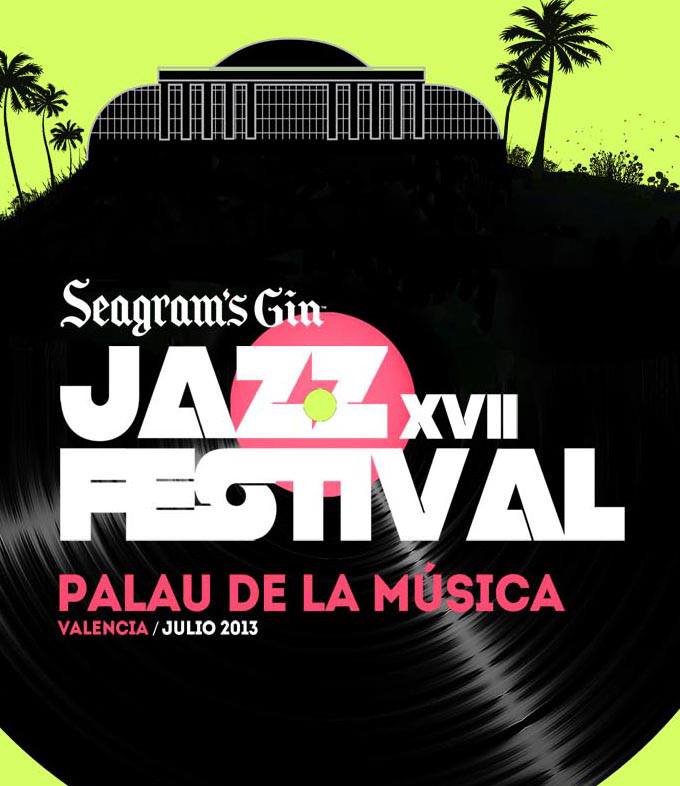 Our Spanish contributor, Marta Ramon provides us with a round up of this years jazz festivals in Valencia Spain.

Five festivals in five Valencian towns have made the Mediterranean Sea swing during the last two months. This Spanish region has many things to offer in summertime: there are the nice beaches and good drinks and food, but also a high level cultural agenda. One of the main Comunidad Valenciana goals has been to put itself firmly on the music tourism map with a wide program of different styles, but this year it looks as though jazz has been the main character, with no fewer than five different festivals in its name. So, even if jazz is not the most popular music nowadays, one can feel that something is moving forward here.

This Festival was featured in the press as one of the most important jazz festivals in Spain, along with Getxo International Jazz Festival, Vitoria Jazz Festival and Heineken Jazzaldia. This year, despite the deep economic crisis, Valencia decided to take a risk and bet on sonorous international names.

Wynton Marsalis opened the Festival, celebrating the 25 years of the Jazz Lincoln Center Orchestra. The trumpeter, accompanied by his fourteen musicians, let the public enjoy what real old school jazz is. Good taste in the balanced repertoire and the perfect execution of these great jazz musicians were the main pillars of a show that had no time for surprises.

The second day was for another big, and historic, name: Chick Corea. It was all about maturity, as all the different sounds the pianist has explored during his musical career met at the stage: traditional swing which turned in to modern beats, intimate lyric piano moments which contrasted with the animated Latin rhythms, bossa nova and an approach to a bulería. But it was his song Spain that really brought the auditorium to its feet, accompanying with its clapping.

Arturo Sandoval was also one of the famous names on the poster. This trumpeter presented compositions from his album Dear Diz (Concord Jazz, 2012) dedicated to his great friend Dizzy Gillespie. The Cuban gave his best to a public which enjoyed listening to music, witty scats, and jokes that showed the caricature that the trumpeter makes of himself. Sandoval made his best to demonstrate that years don’t pass over him and offered to the public a complete and generous concert, where the standards from the jazz collective memory, like Caravan or Night in Tunisia, were revisited emotionally by a Latin heart with the sight put on Gillespie.

During the week other important bands took part in the Festival, Including Jon Batiste, Kiko Berenguer, the modern energy of Hiromi Trio Project, and the jazzless show of Madeleine Peyroux. Without doubt, Sedajazz Orchestra & Coros was the concert with more attendance of the Valencia Jazz Festival. Sedajazz is one of the most important big bands in Spain, with twenty years of experience under its belt. This time, the Big Band was directed by the great saxophonist Perico Sambeat, who worked on Duke Ellington’s Sacred Concerts. More than one hundred and twenty artists took their places on the stage: the big band, the Orfeó Valencià Navarro Reverter chorus and Ludovico Hombravella’s tap dance. This big production has never before been performed in Valencia, so the surprise on the faces of the public was not unexpected. Sedajazz Orchestra & Coros was an accurate selection of the most representative compositions from the three different Sacred Concerts, probably the most complete work- in both a musical and a spiritual sense- from this historic jazzman.

In addition Sedajazz organized a jam session after every concert, an initiative that became a parallel Festival in its own right because of the local bands playing. Many musicians from the official program took part in these jam sessions, sharing their professional experience and having fun.

Jazz Panorama Torrent (19-21 July)
Every year Torrent brings great jazz musicians to its residents. This time, the organization made the effort to invite Terence Blanchard, who showed the audience why he is one of the most influential trumpeters nowadays. It was he who inaugurated three nights of concerts in the Hort the Trénor Gardens, which also saw performances from singer Shemekia Copeland and pianist Vijay Iyer.

XIII Xàbea International Jazz Festival (3- 5 August)
In Summer, Xàbea is well-known because of its beaches and now, for the last thirteen years, because of its Jazz Festival, which includes complementary activities like Jazz Cinema. This time, the concerts were by the Cuban composer and pianist Omar Sosa, the Valencian saxophone player Kiko Berenguer and the duo Carmen Cuesta & Chuck Loebb.