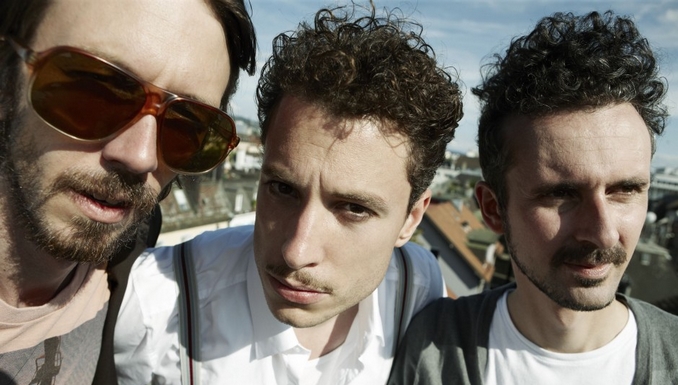 Stefan Rusconi, Fabian Gisler, and Claudio Strüby are three highly-acclaimed musicians who have played throughout the world. As a band, Rusconi (formed seven years ago) can look back at more than 250 concerts throughout Europe and Asia.

With Rusconi, Claudio, Fabian and Stefan have developed an individualized language of songwriting and soundscaping. Their unconventional combination of instruments, voices, and instrumental preparations makes them a band always good for surprises and exceptional live appearances — live appearances during which they create powerful yet distinguished soundscapes. While the three young men consider ‘sound’ as the core issue of their work, they also display a keen sense for the visualization of their music: music videos, stylish photographs, and sophisticated artwork in both record sleeves and website design. Their artistic sensibility has also been valued by others and has resulted in collaborations with renowned artists, such as Pipilotti Rist, Diana Scheunemann, and the collective “Zweihundfilm”.

In June 2011, the band recorded Revolution. They booked for two weeks a big empty room in Basel (Switzerland) where were delivered a grand piano, Claudio’s drum, Fabian’s double bass, and the rest of their material. The recording has led to a many songs; the band could pick the songs they wanted to keep for the album in a casual atmosphere and without any time limits. The result is an album reflecting the trio current interests and creativity. Piano, drum, double bass, voices, whistles, distortions, feed-backs, space echo, instrumental preparations and the tape recorder create songs, a chao and improvised tunes which had been developed and consolidated during the last two years of concerts.

The album includes a collaboration with the guitarist Fred Frith (Henry Cow, Art Bears, Skeleton Crew), who lives in the USA, and some direct cuts from previous live performance of the band.