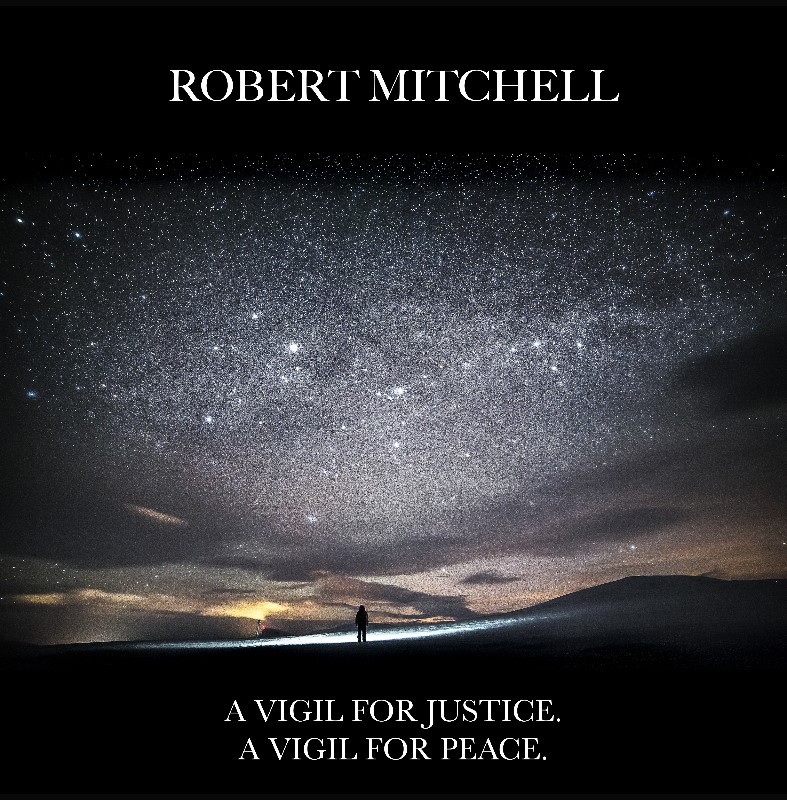 Jazz has always been political in challenging issues of freedom and equality. The music in itself resonates this through the freedom of improvisation and collaboration often creating bridges that are not always mirrored in society. Robert Mitchell’s latest outing “A Vigil For Justice, A Vigil For Peace” echo’s these sentiments combining poetry with a jazz piano setting.

On his website Mitchell states that the original poetry is inspired by the rapid political change and against a backdrop of so much unrealised human potential and vast inequalities. This could not be more relevant in current times where globalisation has benefited the few while leaving large segments of society behind. 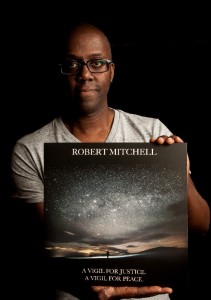 The album is a collection of 8 tracks performed by the trio interposed with 7 tracks of spoken word. While this may sound on the surface as incoherent the opposite is true. This is an album where the whole is greater the sum of it’s parts. The music amplifies the words while the words add context to the music. Often this type of project brings with it inherent risk however Mitchell and crew with “A Vigil For Justice, A Vigil For Peace” have truly delivered a statement.

The original poetry narrated by Thami Hlabangana and HKB Finn is poignant, at times provocative and deals with issues that are highly relevant – perhaps even a manifesto for the creative thinker. The music while rooted in tradition displays influences of Latin, Funk, Fusion with every now and then a throwback to the early 20th century 12 tone style of classical composition. Highlight tracks include “You Have Taken Now (And Made It Eternal)” featuring a well structured solo from Mitchell and “Saved by You” with a notable performance from bassist Tom Mason.

Throughout the album Mitchell is accompanied by Laurie Lowe on drums, Tom Mason on electric and double bass. The performances are excellent often taking on a conversational character as in “The Manifesto” and ”A Tribute” (dedicated to journalist and political activist Debbie Purdey).

All in all “A Vigil For Justice, A Vigil For Peace” is an album that deserves pride of place in any modern jazz enthusiasts collection. The Album is available for digital download (Streaming) and on vinyl LP, those lovers of the CD will have to be disappointed.