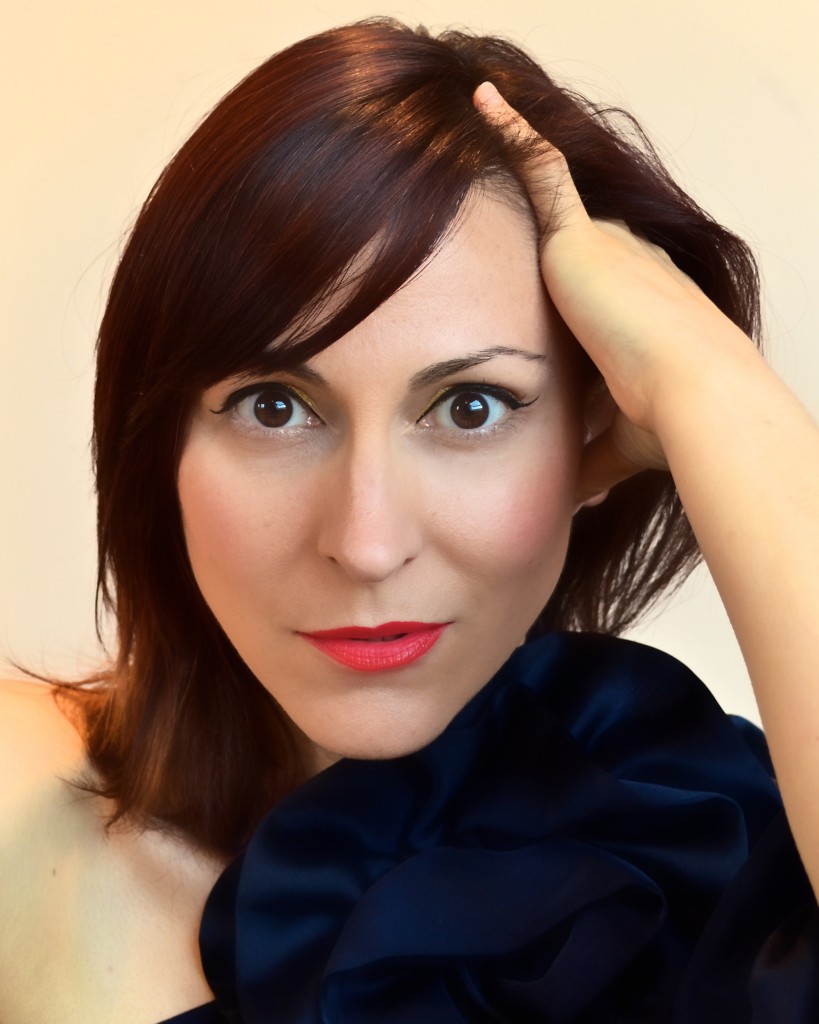 With her new album, Songbook, due for release on 23rd April and its official launch at Ronnie Scott’s recently, vocalist and lyricist Georgia Mancio tells me about her work with pianist Alan Broadbent, Peter Vaughan, her beloved late father-in-law and much more.

1.  The Mancio/ Broadbent co-operation has shown itself to be a very magical  combination: how in particular did the planning for “Songbook” start?

We started writing together in 2014 – a year after our first gigs. When we had completed about 5 or 6 songs I suggested to Alan that maybe we should record an album – thinking we would do half originals, half our favourite standards. He agreed but stipulated it should just be our originals: a decision that certainly impacted the rest of the writing process as I started thinking of ways to link the songs thematically. We also decided early on to record as a quartet not duo which laid down a sonic path for the album and arrangements. The whole process was very organic so I think the timing was clearly right for us both.

2.   12 tracks that touch on all sorts of very deep and important themes, how did your writing develop for this album?  Was there a main point of inspiration?

The key themes that evolved were childhood and old age and the sense of journey, longing, loss and narrative in our life cycles. The lyric for ‘Cherry Tree’ lies at the heart of the album: the story of childhood friends who become lovers and are only parted in old age when one sadly passes away. It focuses on the cherry tree in blossom at those different stages of their lives so suggests both a renewal and an end.

The last lyric I wrote for the album was ‘Just Like A Child’ and I wanted it to be a summary of all that had gone before. Though there are some very emotional moments in the album, there are also quirky, light hearted touches and I thought ‘Just Like A Child’ should also capture that without compromising the depth of sentiment throughout. Really though the main inspiration was the songs themselves – those memorable melodies that always lingered and Alan’s evocative titles. And writing so prolifically is not something I had ever done before so that certainly spurred me reinforce and refresh my craft with every song.

3.  How was everyone in the band during the recording of the album? Was it a smooth production?

I asked Oli Hayhurst (bass) and Dave Ohm (drums) to complete the quartet not just for their great musicianship and team mentality but also their appreciation of the importance of storytelling. We workshopped the music with Kate Williams, Rob Barron and Barry Green and played a couple of dates with Alan before heading into the studio. Recording was an intense and emotional experience – not just because of the lyrical content for me but for Alan who was hearing these songs given a new life after many years (in the case of Where The Soft Winds Blow over 50 years!) Everyone absolutely gave their all and I think you can feel the authenticity and commitment in the recording.

4.  The album is dedicated to your father in law, the great  Peter Vaughan ,  tell me a bit more about the man and how he influenced you?

Peter’s acting career began when he was just 16. He died last year at 93 having never technically retired. In fact he produced some of his most staggering and nuanced work in his 80s and 90s including his iconic role as Maester Aemon in Game of Thrones. To be able to draw on the font of that much experience was a huge privilege, not least because he was the most generous listener and always gave such incisive, well considered advice. He was a modernist who looked forward and shrugged off life’s disappointments and was always extremely grateful for what he termed the luck that had come his way. Some luck, maybe, but mainly boundless talent, an undiminished love of his craft, profession and life. Our launch at Ronnie’s was bittersweet because he wasn’t there cheering us on, lapping it all up and giving us the most precious feedback.

5.   I can’t help feeling a bit emotional when listening to “The Last Goodbye” – what does it mean to you?

When Alan invited me to write a lyric to what was originally called ‘The Long Goodbye’ it coincided with my last visit to my late father’s house. I tend to write in a linear fashion so I can really grasp the narrative and straight away it occurred to me that the house should be the silent protagonist in the story. All the reference points are real so every time I sing it I visualise it very vividly.

It took a month to write and it’ll always hold a special place because it was our first collaborative effort. Neither of us could have anticipated it would lead to another 19 songs together (and counting) and an album (and counting!): I love that the last goodbye was actually the first hello.