Matt Owens | The Magic of The Aviators’ Ball 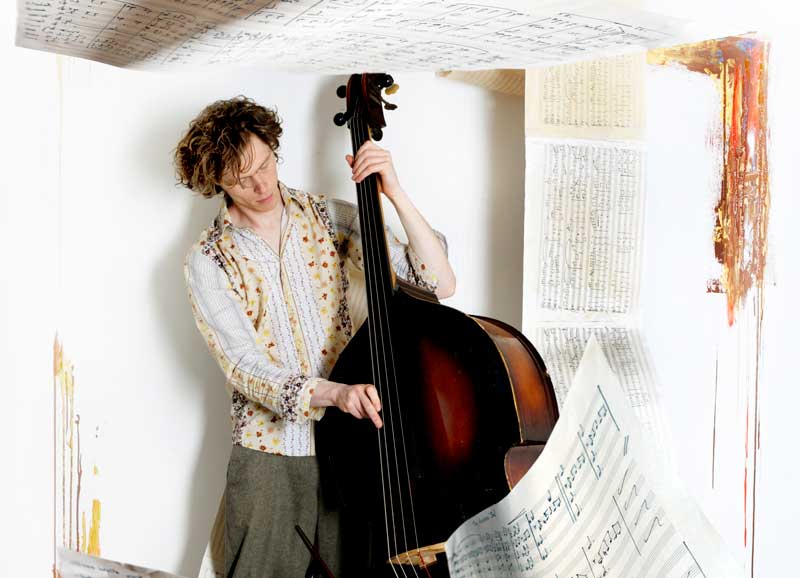 UK musician Matt Owens’ debut album, The Aviators’ Ball is sheer delight. The album is co-produced by another of Manchester’s renaissanced song birds, Kirsty Almeida and will be released at the Chorlton Arts Festival in Manchester, UK on May 18th.

The Aviators’ Ball is an eclectic, whimsical, magical mix of Jazz, folk and classical sounds. Much of the material was taken from Owens’ suite of pieces Ten, commissioned by The Manchester Jazz Festival, which combined jazz quartet, wind quintet and tuned percussion.

Owens is no stranger to Jazz and variants of Jazz fusion. Playing international stages with Latin Jazz greats such as, Jimmy Bosch, Ray de la Paz, Luisito Carrion, and Roberto Lugo has given Owens a well-rounded perspective of big band nuances to further his already impressive musical resume as a bassist, composer, arranger and producer.

I chatted with Matt Owens recently about The Aviators’ Ball and his vision for the album.

Becca Horne: Why the title, The Aviators’ Ball?

Matt Owens: “I’ve often been asked about where I got the inspiration for the title “The Aviators’ Ball”. The piece was originally written back in 2005 for a concert at the Manchester Jazz Festival combining a jazz quartet with a string quartet. I had written it after a visit to Prague during the city’s ball season. Different civic societies each have their own ball in the city and I happened to go to the one organized by the Aviation society, hence “The Aviators Ball”. The waltzing and romance of a bygone era seem perfectly fitting as a title to the track and the duet between cello and cornet is evocative of a couple dancing ever closer.”

BH: There is such a whimsy and magic surrounding this album, can you tell me a little about this?

MO: “I wanted to create a very melodic album where simple melodies would be enriched by using differing textures in the arrangements. I had many conversations with Kirsty Almeida (the album’s co-producer) about how to shape the album. We agreed that we wanted the album to have a timeless feel to it; one that would absorb the listener from start to finish and that would have a unified tone. I had a loose idea in my head of creating an album that been created in a bygone era and had been unearthed in a dusty attic. I think the cover photo reflects this too. I’ve done many gigs in Manchesters’ Midland Hotel and one time noticed the photo in sepia on the wall. I never knew that the hotel had a roof garden and that musicians used to play up there while the patrons took their afternoon tea over a hundred years ago! It seemed like the perfect fit.”

BH: What inspires you?

MO: “Working with the great musicians that I’m lucky enough to play with is a constant source of inspiration, they bring out the magic in the tracks. Getting to write for a wind quintet for the Irwin Mitchell Manchester Jazz Festival Originals commission that I received in 2009 also led me to write tunes that I would have never imagined unless I had them in mind.”

BH: What was your favorite thing of working on the album?

MO: “It was quite a long process and I tried to enjoy it all! My favorite thing though has to be when we were recording the rhythm section and soloist/singers all in one room. You can’t beat the magic of playing together acoustically in a good sounding room.”

The Aviators’ Ball is truly one of “those” albums. The kind of album which starts the dreamer dreaming and invites the listener to lose themselves in a delightfully unique world created by people who truly believe in the magic of music and its transformative qualities.