Oldřich Janota is a Czech folk-rock songwriter, singer and guitarist who has been a vital presence for the experimental rock and alternative folk scene for over four decades, so even before the collapse of the Communist regime in November 1989. Despite his status on his musical merits, Janota is a hermit rarely performing live (and mostly solo), and his recordings are far from frequent in more recent times. 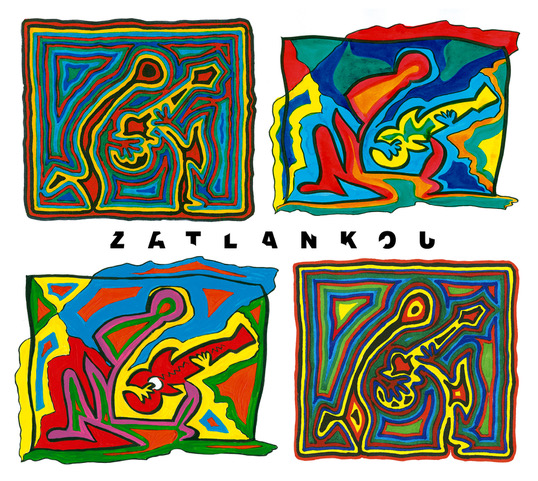 However, one of his most recent recordings,“Vzpomínáš, Méďo?” (2022) is noteworthy for jazz followers since it is his first jazz-folk effort, recorded with some of the top jazz musicians on the current Czech scene, including Jaromír Honzák on contrabass, and David Dorůžka on electric guitar.

Honzák (born 1959) is a generation younger than Janota, and he is a veteran bassist and leader of several groups, either on the funk side or straight-ahead jazz. Meanwhile, Dorůžka (born 1980) is yet another generation younger than Honzák, and his knack for slow-building electric-haze as guitarist best breaks the songs from folk to modern jazz. Simply with these two reputable jazz figures in the studio with Oldřich Janota it is not only an unexpected pairing, but even a collision of two musical worlds. Janota admitted this himself, in a humorous way at a recent solo performance, where he played songs from their recording in solo versions, with his acoustic guitar and his voice, enough to carry them fully.

Tim Buckley can be noted as a pioneering songwriter and folk-rock guitarist who was one of the first to bring jazz and folk together for his own sound that transcended both folk-rock and jazz altogether. Especially on “Happy Sad” (recorded in 1968 and released in 1969) Buckley had a jazz player as his rhythm guitarist, Lee Underwood, who was also West Coast editor for Downbeat, and Carter Collins on congas. While there were other musicians on this and other recordings, these two were his critical core.

Janota with Honzák and Dorůžka as his core recalls this kind of folk with jazz convergence; however Janota has other noteworthy and younger jazz musicians on the recording including Luboš Soukup on clarinet, saxophone and flute, and Vítek Křišťan on piano. There is also a surprise with a Communist-era cultural personality (best known today as an old-school Czech music show moderator and radio disc jockey) Miroslav Černy on triangle. Finally, back-up vocals and viola, and a young girl’s recitation are added by Janota’s kin, Romana Janotová and Uki Janotová, respectively. The family connection underlines this grass-roots effort, since the recording is being released in “samizdat” again according to the artist himself. Samizdat is the term used by dissidents of the former Communist era for their self-published manuscripts and recordings. Thus Janota has resorted back to samizdat, or he never left it.

Like Tim Buckley or Nick Drake, Janota as a reclusive folk-rock guitarist is most at home on the melancholic or weary-side, so the ten songs on“Vzpominas, Medo?” are slow, spacey, and introspective. Janota is also a poet, and so most of the songs (some with lyrics in English) achieve a meditative state. The musicians with Janota, whether by intention or not, have ended up following this long-overlooked mystic pied piper into a dreamy wonderland bridging his alternative folk and jazz.

All music and lyrics by: Oldřich Janota