On December 2nd, composer David Bloom and arranger Cliff Colnot will release their latest project titled “Shadow Of A Soul”. The album s Bloom’s and Colnot’s fourth album together and follows Contender (2017), Until We Meet Again (2007), and Duende (2004). 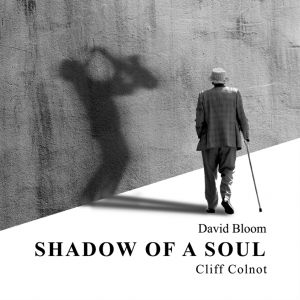 This new release comprises 15 original compositions by Bloom with 13 lush arrangements by Colnot, as well as two arranged by both Bloom and Colnot, in a variety of styles for a variety of ensembles, from small band settings with unique instrumentation to larger orchestrations featuring large string sections.

Speaking of the album Bloom said: “Shadow Of A Soul” is about my reverence of the soul, by which I mean a person’s individuality, imagination, and passion that we have when we’re born… and then what we do with it. I admire players who can really burn on their instrument, but I’m more interested in musicians who find beauty in their music. That’s why Wayne Shorter is a big influence on me. He writes simple melodies with super hip chords that add beautiful colors and textures. It’s what Cliff and I work towards.”

With his teaching activities curtailed during the pandemic lockdown, Bloom found time to compose over 30 tunes, 15 of which appear on this album. The compositions vary in style, instrumentation, and length, with a couple that are only 30 seconds long, which he calls palate cleansers.

Bloom opens the album with “Mischievous Mark Colby,” which he wrote for a student who died the previous year. The song features Dave Liebman, who is also heard on the haunting, introspective title track “Shadow of a Soul,” which also features Bloom on the alto flute.

Bloom and Colnot cover the gamut of musical styles. From “Eddie P,” a tribute to salsa great Eddie Palmieri featuring a 24-piece arrangement, to the minor blues “True Bloo” with solos by STEVEN DUNCAN on the trombone and DAVID BUGHER on the vibes, to “No Reruns” with ROB PARTON setting the bright, optimistic groove on the flugelhorn, the music on Shadow Of A Soul is both lyrical and innovative. That is exactly what you would expect from a composer with a painter’s eye and an arranger steeped in classical harmonies but with an international outlook.

As Bloom explains, “over the last fifty years, I have met a few people who had an unusual level of spirituality, imagination, hipness, heart and individuality. Each one radiated an aura that was impossible to ignore. These people had what I have always called a “shadow of a soul.”

A guitarist and flautist, Bloom’s talents and interests are not limited to music. He is also a painter of abstract canvases, a prolific writer who pens essays and articles about of music and creativity, and an educator whose esteemed Chicago institution, Bloom School of Jazz, has been churning out professional, top-notch musicians for 47 years. He has also published eight books of music instruction and a book called What is Soul, in which he culled insights and perspectives from interviews with over thirty creative professionals.

Born and raised in Chicago, education is practically in Bloom’s DNA. His father was a renowned professor of education, and his mother was a schoolteacher. He has taught several thousand students over the years and was named Jazz Educator of the Year by the Jazz Institute of Chicago in 2017.

Bloom began studying folk guitar when he was eight years old and started listening to jazz when he was just 11. He relates, “The first jazz album I heard was Herbie Mann Live at the Village Gate. I was blown away and completely seduced by it, and my dad started buying me jazz records.” When he was 17, he heard Buddy Guy in concert and decided he wanted to play the blues, so he called Buddy for guitar lessons. Buddy said he didn’t teach, but Bloom somehow convinced him to take him on as a student, and he wound up studying with him every week for a year. Although he loved the blues, Bloom wanted to learn jazz, so he studied with Reggie Boyd, a guitarist who played on many classic Chess recordings. Bloom eventually continued his studies at Berklee College of Music for two years.

Although Bloom played and toured with several bands, he decided back in 1981 to focus his energy on teaching, writing, and painting. Shadow Of A Soul marks Bloom’s return to performing, playing the alto flute on two compositions. Bloom met Colnot when he came to study at The Bloom School of Music in 1977. Then Bloom and Colnot lost touch over the years but became friends when they met again 11 years later at a Passover seder where they discovered they shared similar ideas about music and life in general.

Colnot is a distinguished conductor with an international reputation. His many accomplishments include serving as an assistant conductor for Daniel Barenboim’s West-Eastern Divan Workshops for young musicians from Israel, Egypt, Syria and other Middle Eastern countries, conducting the International Contemporary Ensemble, and serving as the principal conductor for both the Chicago Symphony Orchestra’s contemporary MusicNOW ensemble for two decades and the Civic Orchestra of Chicago for more than 22 years.

Shadow Of A Soul will be released on December 2, 2022 and will be available in all the usual places.