Alex Acuña’s musical journey has seen the renowned drummer-percussionist travel from his small rural hometown in Peru to being a first-call session drummer in the country’s capital city, Lima, then touring the United States with mambo king Pérez Prado, gigging in Las Vegas with Elvis Presley and ultimately touring internationally with Weather Report, the premiere fusion band of the mid-1970s. An in-demand Los Angeles session musician for decades, he has appeared on nearly 900 studio records and movie soundtracks while also releasing half a dozen albums under his own name.

Acuña came up in a musical family of 11 children (six boys and five girls) and from the age of 10 began performing in local bands such as La Orquesta de los Hermanos. He moved to Lima as a teenager and by age 18 was recruited by the Cuban bandleader and mambo king Pérez Prado, who was still riding the mambo craze in the States on the strength of his hits “Mambo No. 5” and his seductive cha-cha-cha cover of the French tune “Cherry Pink and Apple Blossom White,” which peaked at #1 in 1955 and remained a staple of American radio airplay through the 1950s.

“He came to Peru on a tour of South America and he saw me in a show that I was playing on TV,” Acuña recalled. “I was working on two TV programs and was also the house drummer for every recording on the Odeon label, which was like RCA/Victor of Peru. So Pérez Prado saw me play on tv and immediately he said, ‘I want to bring you to United States with me.’ All of my favorite drummers at the time were out of the United States — Buddy Ruch, Gene Krupa, Papa Jo Jones, Rufus Jones, so naturally I was excited to go. So he brought me to the United States on April 3, 1964.” 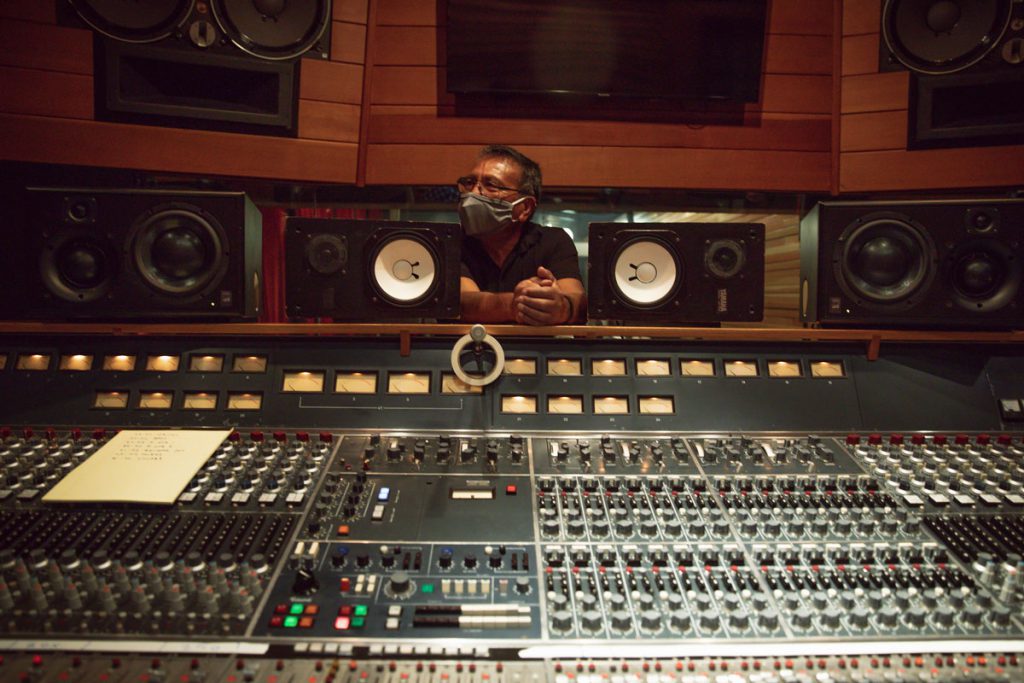 Fast forward 10 years and Acuña is back in the United States working in Las Vegas as house percussionist at the International Hotel. During his stint in Vegas, Acuña backed a bevy of stars on the bandstand, including Diana Ross and Elvis Presley. It was fellow drummer-percussionist Don Alias, in Vegas working with singer Lou Rawls, who caught Acuña with Olivia Newton-John on his night off and later recruited him to some jam sessions in New York with bassist Gene Perla, pianist Richie Beirach and saxophonist David Liebman, all of whom ended up recommending Acuña to Weather Report’s co-leader Joe Zawinul as a replacement for percussionist Alyrio Lima.

“I was in Puerto Rico in 1970 when I heard the first record by Weather Report with Alphonse Mouzon and Miroslav Vitous,” Acuña recalled. “And I said, ‘That’s the band I want to play with!’ To me, they had the full essence of what music is all about and what it’s supposed to be all about. So it was a thrill to finally be playing with my dream band.”

Acuña began playing alongside drummer Chester Thompson and bassist Alphonso Johnson on the fall leg of the Weather Report’s 1975 tour. He then recorded Black Market, alternating percussion chores with Don Alias, and ended up bonding with electric bass guitar phenom Jaco Pastorius, who came on board as a replacement for Johnson near the end of that recording. And it was at Jaco’s insistence that Acuña later switched from percussion to drums for their 1976 tour and the subsequent recording of Weather Report’s best-selling Heavy Weather. 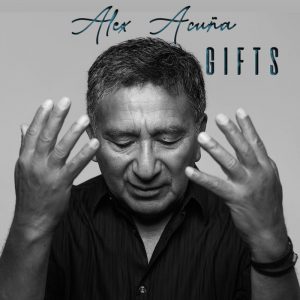 His latest album as a leader titled Gifts and released recently on Le Coq Records, reunites him with his musical cohorts from The Unknowns — Venezuelan keyboardist Otmaro Ruiz, Peruvian guitarist Ramón Stagnaro and New York City-born, Puerto-Rican-bred bassist John Peña. Joined by Peruvian tenor sax powerhouse Lorenzo Ferrero, this gifted and versatile crew runs the stylistic gamut from funk to fusion, soul-jazz, ambient, Latin and Brazilian flavored jazz on Gifts. “These guys can play more than one style,” Acuña said. “And I like to play with musicians that I don’t have to tell them what to play. It’s fun to play with them. They understand my musical lingo.”

From the buoyant groove number “In Town” to the Weather Report-ish “Postlude,” the exhilarating Latin flavored “Chuncho,” the Brazilian flavored top “Melancia” and the tender ballads “Amandote” and “Divina,” Acuña and his copesetic crew strike an uncanny accord. They conjure up an esoteric vibe on the atmospheric “Regalo,” then throw down with exuberance on the Afro-Cuban groover “Aletin Aletun.” They also turn in a faithful reading of Joe Zawinul’s soul-jazz anthem “Mercy, Mercy, Mercy” (a tune written during his tenure with Cannonball Adderley’s quintet) and deliver an entrancing 12/8 take on Herbie Hancock’s “One Finger Snap” (from his classic 1964 Blue Note album Empyrean Isles).

While Acuña’s penchant for playing melodically on the kit permeates each of the 10 stellar tracks on Gifts, it is hardly a drummer’s showcase in a traditional sense. Many drummers can tend to assertively showcase their rhythmic mastery, but Acuña says, “that’s not what my music is about. The music is my star. And that’s why I put so many different sounding tunes on this album, because it all reflects how I feel about music.”

Regarding the album title, Acuña said: “I call it Gifts because, first of all, God gave me the gift of music. And then each tune was a gift from some composer friend of mine.” To be blessed with such immense talent was truly a gift. And now Acuña is passing on that gift to his many listeners with this heartfelt offering.