Album Preview: Jakob Bro & Joe Lovano, Once Around the Room.

Co-led by the Danish guitarist Jakob Bro and US saxophonist Joe Lovano, Once Around the Room is a deeply felt and original homage to a common inspiration and beloved colleague – the late, great drummer-composer Paul Motian. 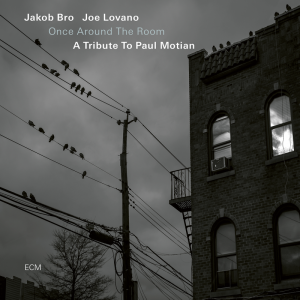 The album set for release on 4 November on ECM Records was conceived by Bro who put together a special band for the project, convening what Lovano calls “a mini orchestra” for the Copenhagen studio session, which took place 10 years to the date since Motian died in 2011, at age 80. The textured septet features three bassists (Larry Grenadier and Thomas Morgan each on double-bass, plus Anders Christensen on bass guitar) and two drummers (Joey Baron and Jorge Rossy), all players who have worked together in various combinations as well as recorded for the label in recent years. Along with two Motian-influenced originals each by Bro and Lovano, Once Around the Room includes a group improvisation and an especially dynamic rendition of a vintage Motian composition: “Drum Music.” The previous ECM work by both of the co-leaders has been widely praised, with The New Yorker declaring that “Lovano can render a musical phrase into a poem”, and DownBeat noting that “Bro’s guitar is luminous… his music both hypnotic and dramatic.”

Lovano – who toured and recorded in Motian’s peerless trio with guitarist Bill Frisell for three decades explains the new album’s title: “Paul would jog most every day around the reservoir in New York City’s Central Park, and he had a tune referencing that ritual called ‘Once Around the Park.’ And for our Copenhagen recording, we were all gathered together in a sort of circular situation in the studio, so it felt like we were going around the room as we played the pieces and took solos.” Musing on what he learned from working so intimately with Motian, Lovano added: “What I think about every time I’m on the bandstand or in the studio is something I really gleaned from Paul: that music should be about deep breathing and close listening. You should lead and follow at the same time, share the space and let the music carry you. It’s not about demonstrating your instrumental virtuosity as much as it’s about the art of improvising, being in the moment and really present with the music. “

Bro, who made his ECM debut on Motian’s Garden of Eden album, says: “What I loved so much about Paul’s music was its aesthetic sensibility, both in the way that he played and the way that he composed. Whether he was playing his own music or standards, it was always clear that it was Paul Motian. The way he put people together and organized his bands was also inspiring.

Most personally, the harmonic universe of Paul’s compositions was vital in my search for something individual in my own song writing. Gradually, I moved from my tunes being directly related to Paul’s to where I could connect his influence and ideas to more of a Nordic tone. I started relating to the music of my childhood, whether it was psalms or folk tunes, and began building bridges between the worlds of my various influences. Paul’s inspiration helped lead me to develop my own voice.”

Bro first worked with Lovano in 2009, when the saxophonist joined the guitarist’s trio with Anders Christensen and drummer Jakob Høyer for a three-night stand at the Copenhagen Jazzhouse. “I had been fascinated with Joe for as long as I remember: his sound, his rhythmic feel, his sense of expression,” Bro explains. “I always hear the deep history of jazz in Joe’s playing. But at the same time, he has his own tone and approach to music. His world of harmony points forward, too.” Lovano returns the compliment, referencing the younger guitarist’s sound – the harmonic shimmers, tolling lines and looped atmospherics. “Jakob is in many ways a great disciple of Bill Frisell, but he has his own vision of music and of life,” the saxophonist says. “He’s not ‘a lead guitar player,’ as such – although he can definitely go there. His thing is more of an orchestral sound, very creative. And he really was instrumental in the conception of this album.” 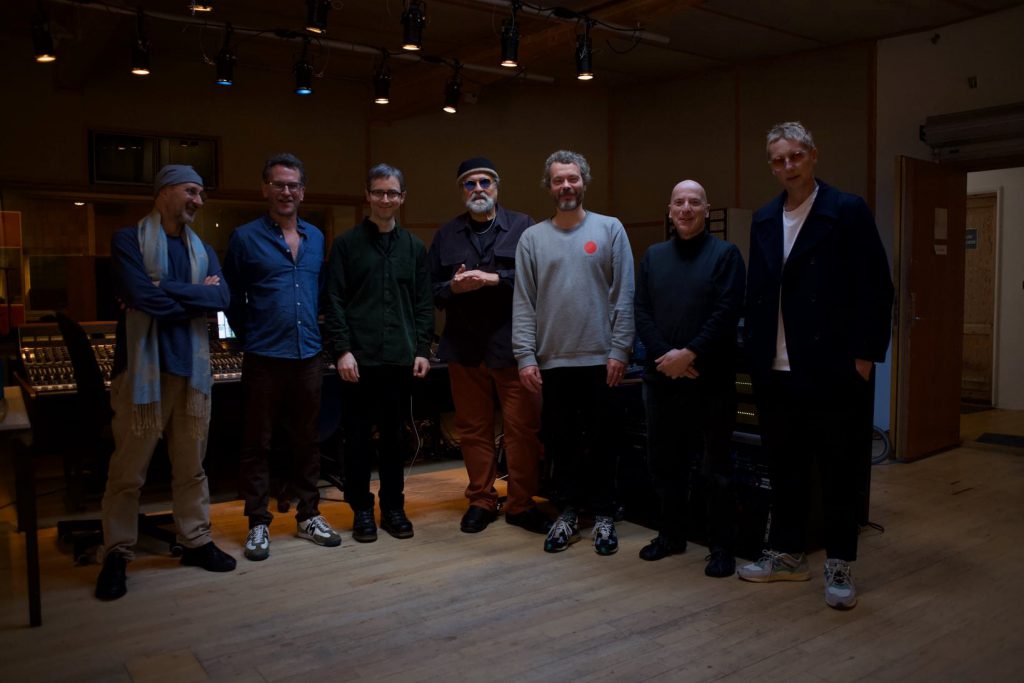 Reflecting on the sessions for Once Around the Room, Bro concludes: “Given the number of musicians in the group and everybody’s busy schedule, what are the odds, finally agreeing of on a date that we could all do and then it happens to be same date as Paul left us? It was miraculous that everyone made it to Copenhagen in the era of Covid – Joe flew in from Paris, Larry from London, Thomas from New York, Jorge from Switzerland and Joey from Berlin, joining me and Anders here. It felt almost surreal when we were all gathered and ready to record – and yet there was such a warm and open atmosphere in the studio. We all had a connection with Paul, and it felt like he was in the room with us somehow.”

Once Around The Room was recorded in Copenhagen at The Village Recording studio in November 2021. The album was produced by Manfred Eicher.