Jazz pianist, three-time Grammy winner, and NEA Jazz Master Ramsey Lewis, who successfully crossed over from the Jazz charts to the Pop charts, most notably with his smash hit “The In Crowd,” died peacefully at his home in Chicago on the morning of September 12. He was 87.

Ramsey E. Lewis Jr. was born in Chicago on May 27, 1935. Growing up in the Cabrini Green housing project, he began taking piano lessons at age four and played piano at church, where his father was choir director. A jazz fan who played lots of Duke Ellington and Art Tatum at home and took his son to jazz concerts, Ramsey Lewis Sr. encouraged Ramsey to embrace that music.

When Ramsey was a freshman at Wells High School, saxophonist and pianist Wallace Burton, a fellow church musician whose jazz ventures had enticed Ramsey, asked him to join his band, the Clefs, a septet of collegians that blended jazz and R&B. Lewis needed to familiarize

himself with bebop and other jazz styles but learned on the run. After the outbreak of the Korean War, the military draft claimed several members of the Clefs, including Burton. The three members who didn’t get drafted—Lewis, bassist Eldee Young, and drummer Redd Holt—formed what would become known as the classic Ramsey Lewis Trio. 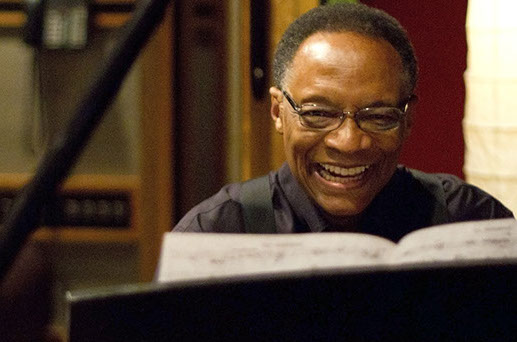 In 1956, they released their first album, Ramsey Lewis and His Gentlemen of Jazz, on the Chess label. Three years later, Lewis was invited to perform with the trio at Birdland in New York. Their three-week gig led to performances at the Newport Jazz Festival and the Village Vanguard, and recordings with Max Roach, Clark Terry, and Sonny Stitt.

Lewis broke through in a big way in 1965 with the early crossover smash, “The In Crowd.” The elegantly funky, Grammy-winning song (written by Dobie Gray) was followed by two more chart-toppers, “Hang on Sloopy” and “Wade in the Water.”

After Young and Holt left to form their own group, Lewis continued in the trio format with bassist Cleveland Eaton and future Earth, Wind & Fire eminence Maurice White on drums. He subsequently experimented on electronic keyboards in more expansive settings. A high point was his 1974 album Sun Goddess, produced by White and featuring members of Earth, Wind & Fire (whose falsetto specialist Philip Bailey he would tour with years later). The recording established Lewis as a fusion music icon with broad appeal.

Over the years, Lewis has performed and recorded in a remarkable variety of musical settings. Throughout the ’70s, he embraced R&B and Latin music without abandoning mainstream jazz. In 1983, on the album Reunion, he reconstituted his most famous trio.

In 1995, he introduced the crossover supergroup Urban Knights, featuring Grover Washington Jr., Earl Klugh, and Dave Koz. Urban Knights I was the first of eight albums by the band. In 2005, returning to his gospel roots, Lewis recorded With One Voice, which earned him the Stellar Gospel Music Award for Best Gospel Instrumental Album.

Among his many honors were five honorary doctorate degrees and an NAACP Image Award for Outstanding Jazz Artist. “The In Crowd” single was inducted into the Grammy Hall of Fame, and his personal memorabilia reside at the Smithsonian Institution. Lewis received a 2007 National Endowment for the Arts Jazz Master Award, which placed him in the hallowed company of such piano legends as Ahmad Jamal, Chick Corea, McCoy Tyner, Dr. Billy Taylor, and Cecil Taylor. 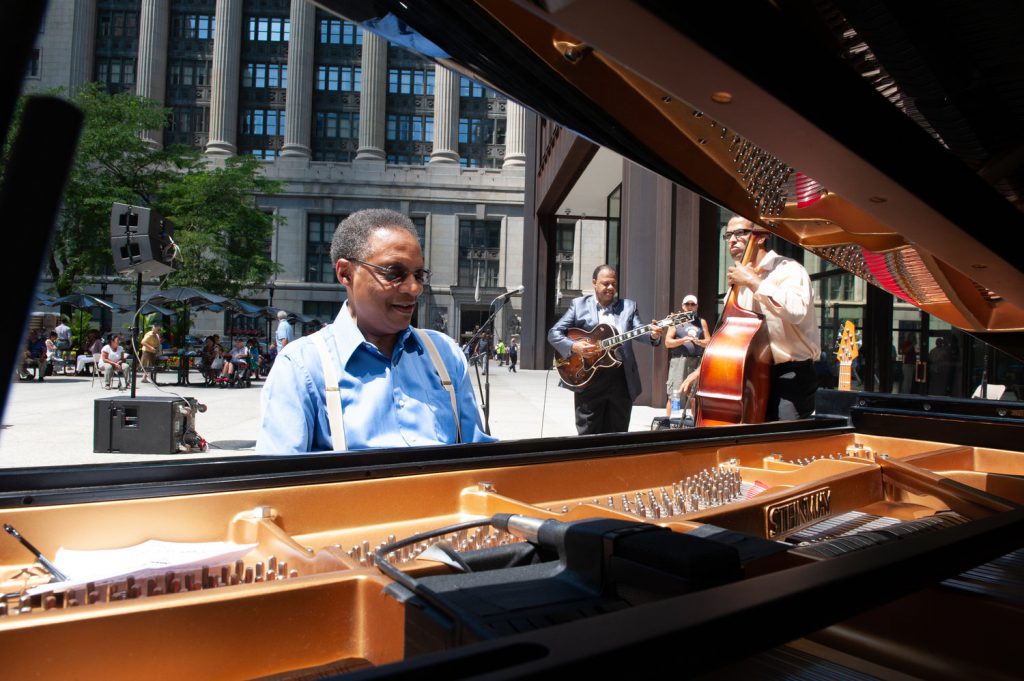 In his late eighties, Lewis still connected with younger generations. His monthly Saturday Salon livestream series, produced during the pandemic by his wife Jan, was critically acclaimed. His forthcoming album, The Beatles Songbook: The Saturday Salon Series, Volume One, which will be released November 11 by Steele Records, was drawn from the livestream performances. Ramsey also spent the last year of his life working on his memoir Gentleman of Jazz with his co-writer Aaron Cohen. The book will be released via Blackstone Publishing in 2023.

Ramsey Lewis is survived by his loving wife Janet Lewis and his children, grandchildren and great grandchildren.

“Ramsey’s passion for music was truly fueled by the love and dedication of his fans across the globe. He loved touring and meeting music lovers from so many cultures and walks of life. His wife Janet stated “It was our family’s great pleasure to share Ramsey in this special way with all those who admired his God-given talents. We are forever grateful for your support.”

The family has requested that in lieu of flowers, please make donations to The Jazz Foundation of America.