Cologne based trumpet player Matthias Schwengler formed his Soulcrane project some years ago, in fact, it was in 2015 that the band first came together. The concept was to create a group that would draw inspiration from the classical world and present what Matthias terms “Chamber Jazz”. Soulcrane consists of Matthew Halpin (saxophone) Reza Askari (double bass) and Philipp Brämswig (guitar) and naturally Matthais himself on Trumpet. 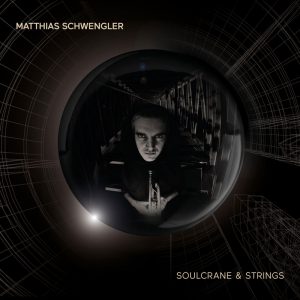 The bands first outing, also on Mons Records, titled “Another Step we Take” did a great deal to establish the band within the genre however, this new outing takes this to a new level with the addition of a string quintet. In the press release that accompanied the album, Matthais is quoted as saying “The decision to record a new album directly after the release of our second album in 2020 was largely due to the Corona Pandemic There were no concerts and I looked for inspiration in other things. It has been my lifelong dream to make an album with a large string orchestra at some stage in my career and this line-up is the first step in that direction.”

Before we get into the specifics, it’s worth mentioning that the string ensemble appearing on the record is not standard. Consisting of two violas and three cellos you will find that most of the strings parts reside in the lower and upper-mids within the sound spectrum and in my opinion this works exceptionally well blending seamlessly into the Soulcrane soundscape.

This leads to the question of the double bass, where does this go, does he remain part of the jazz ensemble or does he join the strings adding a sixteen foot voice. Well the short answer is the bass remains almost exclusively in the jazz ensemble however, there are passages where this is not the case. Take the pizzicato intro to “Mariya And Her Stout” where the bass is often playing the fundamental together with the cellos making up the rest of the harmony. There are other examples however these are just fleeting moments, but to understand what I mean, take listen to the outro of “Maex” or the introduction to “Consolation One”.

Over the years there have been many jazz albums with strings, some more successful than others and some just downright bad. This is not the case here! The strings play an integral role in the pieces adding extra thematic material where required, expanding the harmonies and at times taking the lead. In my opinion this is exactly the appropriate approach to take when adding strings to a jazz environment. As a quick note on the performances, throughout the album the strings are consistently spot on both from rhythmical and balance point of view and the intonation is superb.

The album opens with “From West Coast to East Coast” immediately setting the scene for rest of this album. Both the guitar and the strings set up the feel for Schwengler and Halpin to take the melody. There’s a great deal of complexity here as the theme develops with elements of the melody appearing in the strings adding to the polyphony. Featuring the full compliment of players, this is a perfect opening to the album and introduces the listener to the unique soundscape that typifies this set.

Composed by Reza Askari and dedicated to a deceased friend, “Maex” features an extended neo-romantic string introduction full of reflection and pathos before the guitar and trumpet step in and take over. The combination of harmonics played on guitar and the muted trumpet complete picture. This track is without doubt one of the many highpoints on the album and has that undefinable “X-Factor” that leaves the listener wanting to hit the replay button. Speaking of highpoints, “Consolation One” is, in my opinion, one of the most interesting tracks of the set, there is so much going on here. I loved the somewhat dark and poignant introduction, the beautifully crafted bass solo and the creative use of triggered vocal “Ah” samples doubling the trumpet at the end. 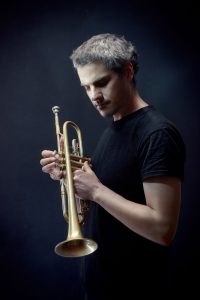 Not all tracks feature the string ensemble. These are “Pirins Pearls” “Chip And Dale” and “Chania”. The first of these, “Pirins Pearls”, was inspired by the Pirin Mountains and the local liquor (Rakia) lovingly known as Pirin’s Pearl. This piece’s ethereal opening paints a scene of piece and well being before shifting to a smooth 5/4 groove with beautiful solo’s from Matthew Halpin and Philipp Brämswig. “Chania”, written by guitarist Philipp Brämswig, is equally ethereal in nature. Schwengler excels on this track bending both time and internation adding to the dulcet feeling of this piece. Of particular note is the “special” played by trumpet and sax before the return of the final theme.

There are a number of references in the album to the art of “Craft Beer Brewing”. Schwengler states that the opening track, “From West Coast to East Coast”, is a “… a musical description of the beginnings of his journey into the world of craft beer and the endless possibilities of taste.” Further references to this theme also exist with “Mariya and her Stout” and “Barley Wine”. The more I think about it, the more the reference to Craft Beer seems an appropriate analogy for this album. A good beer needs to ferment and develop to reach it’s full body and this is also the case with this album. Like a good beer, this album is rich, complex and full bodied but is also smooth and mature to taste.

The sound quality of this album is exceptional as are the performances. The four members of Soulcrane blend seamlessly bouncing lines off each other in a way that only a group that has been together for a long time can achieve. The string arrangements are equally impressive, it’s no mean feat to craft string arrangements that fit this seamlessly into a largely improvisational environment, yet this has been done wonderfully on Souldcrane & Strings. If Matthias sees this album as a “first step” in the direction of an album with full string orchestra, then I can only say – “I can’t wait, bring it on”.

In my opinion Soulcrane & Strings is one of the best jazz with strings albums that I have heard in years. Highly recommended.