The 10-track set finds the best-selling act partnering with Germany’s renowned WDR Funkhausorchester Köln (WDR Radio Orchestra Cologne), plus symphony arrangers including GRAMMY® Award winners Jorge Callandreli and Vince Mendoza, as well as vocal arrangers including Amanda Taylor of säje, to revisit their biggest hits from throughout the decades plus covers from George & Ira Gershwin and  The Beach Boys’.

The Manhattan Transfer is a Grammy award-winning vocal group founded in 1969 that has explored a cappella, vocalese, swing, standards, Brazilian jazz, rhythm and blues, and pop music. There have been two editions of the Manhattan Transfer, with Tim Hauser the only person to be part of both. The first group consisted of Hauser, Erin Dickins, Marty Nelson, Pat Rosalia, and Gene Pistilli. The group made one album titled “Jukin” for Capitol Records in 1971 however due to disappointing sales the label decided not to pick up the group for a second album and in 1973 the group disbanded.

Not long after this the groups founder Tim Hauser met Laurel Massé while he was a cab driver and she was his passenger. Soon after this Tim met Janis Siegel and session drummer Roy Markowitz introduced Tim to Alan Paul who was at the time performing in the musical Grease on Broadway. With this a second incarnation of The Manhattan Transfer was born. 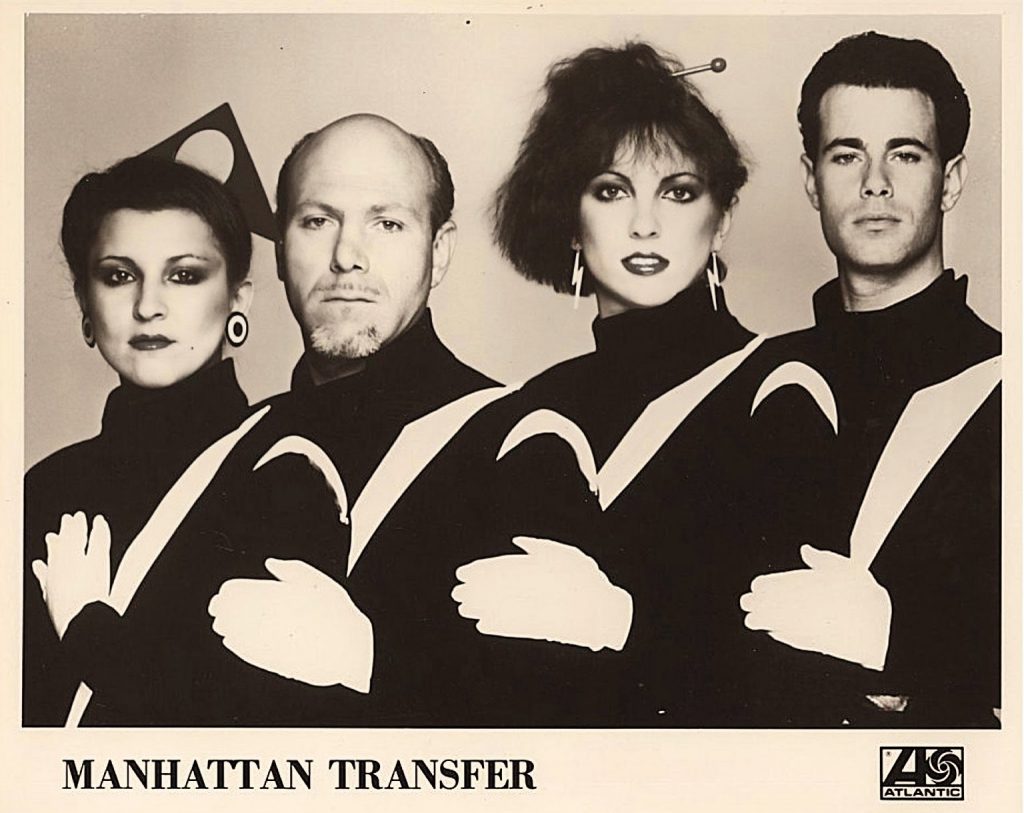 After performing in clubs in New York City, the quartet asked Roy to produce a demo to present to Ahmet Ertegun at Atlantic Records. The demo was a success and Atlantic released its debut album with guest appearances by Randy Brecker, Jon Faddis, and Zoot Sims. Their first album with the new line-up titled “The Manhattan Transfer” (Atlantic, 1975) presented some serious vocalese renditions of “Java Jive” and “Tuxedo Junction” scoring a Hot 100 top 25 hit with the gospel-tinged “Operator.” During the month of August 1975, the group hosted a four-week variety series on CBS-TV. The hour-long show was simply called The Manhattan Transfer, aired on Sunday evenings, and for the most part concentrated on showcasing the talents of the group. Their next album, Coming Out (1976), produced “Chanson d’Amour,” which was a number one hit in The U.K. and Ireland.

Massé left the group after being badly injured in a car accident and was replaced by Cheryl Bentyne and in October 2014 following the death of Tim Hauser Trist Curless from the Los Angeles a cappella group m-pact became a permanent member.

Their global farewell tour kicks off in October for a cross-continental run across the US then travels to Europe, UK, Japan, and more. You can find the tour dates and ticket links here.