Al Foster reflects on a lifetime of encounters with jazz icons.

Approaching 80 years of age is occasion enough for anyone to take a moment and look back on a life well lived. For revered drummer Al Foster, those eight decades have been more memorable than most, filled with exhilarating sounds and encounters with some of the music’s most iconic figures. On Reflections, his second album for Smoke Sessions Records, Foster revisits the work of several of his legendary peers alongside an inspiring quintet with: Nicholas Payton on trumpet, Chris Potter on tenor saxophone, Kevin Hays on piano and keyboards, and Vicente Archer on bass. 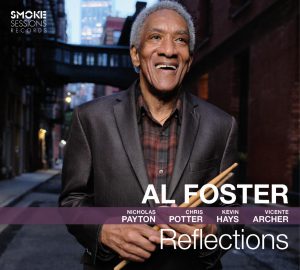 Due out August 26, Reflections finds Foster – as ever – playing at rarefied levels of chops, creativity and musicality. Throughout the session he propels this supremely talented unit through fresh, vital treatments of well-known and less-traveled numbers by iconic legends Miles Davis, Herbie Hancock, Joe Henderson, Sonny Rollins, and McCoy Tyner, all of whom regarded Foster as their first-call drummer for long portions of his celebrated career – at times competing for his services. Band members Payton, Potter and Hays contribute a tune apiece, while Foster penned three well-wrought songs, including two homages to Thelonious Monk that bookend the program.

The follow-up to his well-received 2019 Smoke Sessions debut, Inspirations & Dedications, is Foster’s fifth recording as a leader and, as even the notoriously self-critical drummer surprisingly says, “It is my best record as a leader.” Bringing together the influences he gleaned and experiences he shared with his idols and peers with the rejuvenating energy of this younger cohort of brilliant players, the humble Foster takes well-deserved pride in his accomplishments.

“As I’m aging, I can’t believe all the things I’ve been able to do,” Foster says. “I’ve been blessed, and I’m so proud of the things I’ve done with really great musicians. I don’t play like my idols, though I loved every one of them and I hear them in me. When I was coming up, I was trying to play like Art Taylor and my solos were like Max Roach. When I heard Tony Williams, and then Joe Chambers and Jack DeJohnette, I said to myself, ‘What about me? How come I don’t hear my own stuff?’ I wanted so badly to find Al Foster. I prayed for it. I believe in God, and I think he gave it to me. To this day he’s giving me new ideas and new little tricks.”

Reflections opens and closes with Foster’s tributes to the great Thelonious Monk, one of his primary heroes (His third original, “Anastasia,” is an ode to his eldest granddaughter). Foster first had an opportunity to work with the formidable pianist, during a couple of weeks in 1969 at Manhattan’s Village Gate, but his imprimatur remained on the drummer’s music. “Most of my tunes have some Monk in them,” Foster says. “It’s not the notes. It’s some of his accents. It isn’t deliberate but when I sit at the piano, it just happens that way. I worship Monk and I miss him dearly. He was a sweetheart. A really strange character…oh my God. But that’s who he was. That’s why he wrote the way he wrote – different than anybody. I fell in love with him at a young age.”

Shortly after his time with Monk followed his initial gig with Sonny Rollins, at the Village Vanguard opposite Tony Williams’ just formed Lifetime band. He also teamed with Rollins in 1978, on a tour and recording with the Milestone All-Stars, which included McCoy Tyner, who subsequently would tour and record with Foster regularly until the early 2000s. Foster tips his hat to both former employers on Reflections – Rollins with the saxophone colossus’ classic “Pent-Up House” and Tyner with “Blues on the Corner” from the immortal 1967 Blue Note album The Real McCoy. “I fell in love with Sonny Rollins from his albums with Max Roach,” Foster recalls. “He played so lyrically on those records. It was like he was having a conversation through his solos. What a super genius he is.”

Foster’s recollections of Tyner are more poignant, inflected by his last encounter with the master pianist before his passing in March 2020. The two crossed paths at Smoke during a tribute concert led by pianist Mike LeDonne. “I didn’t know it was going to be the last time I saw him,” Foster says. “He said, ‘Oh, Al, we did so much together, man!’ It brought tears to my eyes because his voice wasn’t very clear. I had to put my ear close to him. But he was a beautiful human being.” 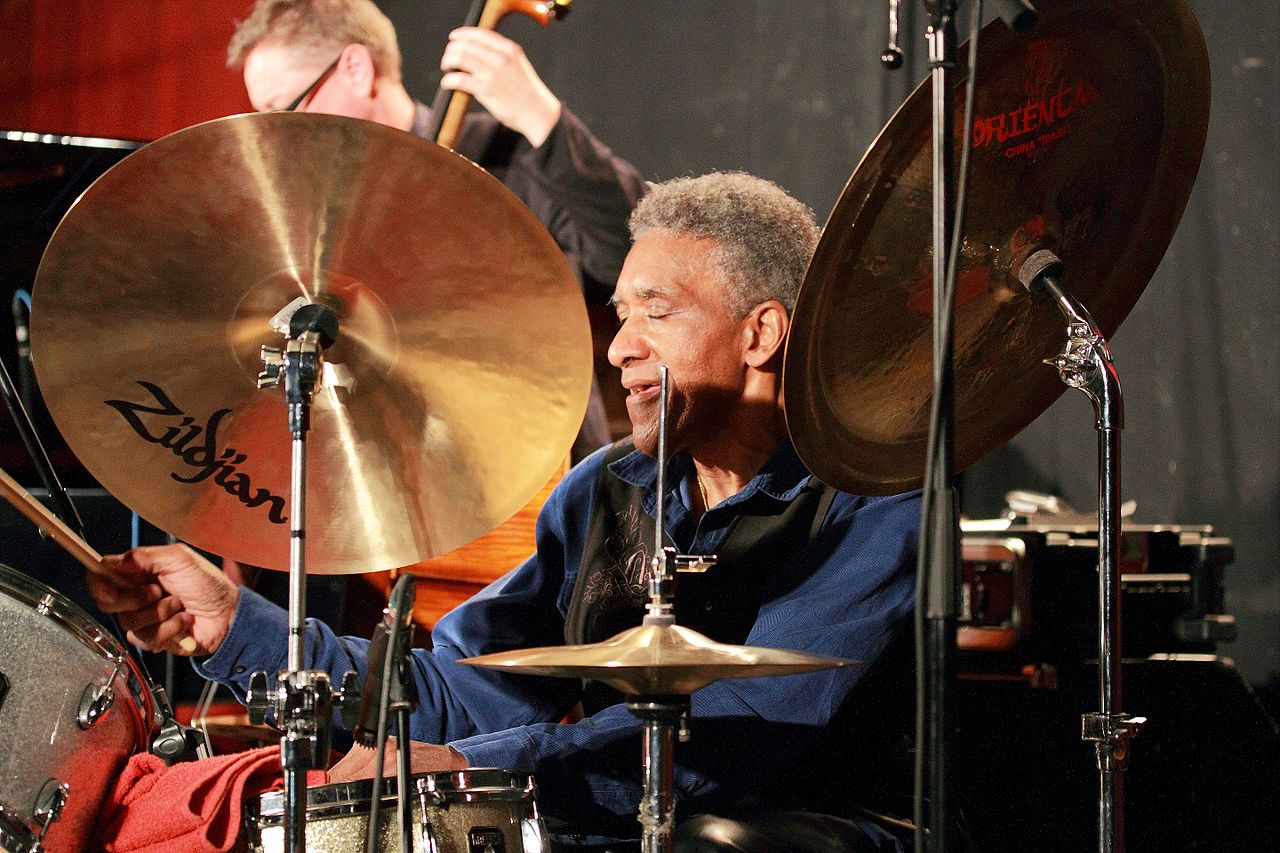 The drummer met Joe Henderson, whose “Punjab” he takes on here, not long after the tenor giant hit New York in 1962. In the 1980s, Foster was the drummer on Henderson’s influential album The State of the Tenor, Vols.1 & 2 with Ron Carter and the association continued full bore during the 1990s on long trio tours with bassists Charlie Haden and Dave Holland and classic albums like So Near, So Far and The Joe Henderson Big Band. Herbie Hancock’s “Alone and I” nods to Foster’s many years recording and touring with the great pianist. “I’ve been all over the world with Herbie, and he’s another beautiful human being.”

And then there’s Miles. Foster first encountered the notorious trumpet icon as a teenager at Birdland and Minton’s, later becoming Miles’ drummer-of-choice on various plugged-in, backbeat-oriented bands from late 1972 until midway through the 1980s. “I never really played jazz with Miles,” says Foster, who regards Davis as the best friend he’d ever had. “Miles had his demons, but I loved him more than my father.”

For all the praise he heaps upon his past collaborators, Foster is equally generous in discussing his modern-day personnel. He describes Potter – a member of Foster’s mid-’90s band and a participant on his 1995 album Brandyn, not long after Foster and Hays played on the saxophonist’s second album, Sundiata – as “genius level, with his own way of playing, his own style – one of the best people around on tenor that I know.” Potter also contributed the probing “Open Plans” to the proceedings. Foster is similarly enthusiastic about Hays, saying “he is my favorite pianist” and notes the “distinctive harmonic concept and great voicings” of this frequent collaborator of long standing who based his “Beat,” which he wrote for the occasion, on Sam Rivers’ “Beatrice.” And finally Foster celebrates the promethean Payton for his “tastefulness and great chops” and for his harmonically intriguing, spacey-funky, “Bitches Brew-ish” tune, “Six.”

It’s hard to overstate Foster’s contribution to the musical production of the aforementioned giants – as well as that of artists like Bobby Hutcherson, Stan Getz, Tommy Flanagan, Hank Jones, Blue Mitchell, Joe Lovano and John Scofield, as a short list – who have defined the mainstem tributaries along which jazz has traveled during his 60 years as a professional. But as much as Foster likes to wax nostalgic about the past, it’s also evident on every note of this 68-minute gem that he’s fully committed to living in the moment and playing in the here and now.