The French bass clarinetist Michel Portal has been in the forefront of European improvised music for decades as well as being known as a classical musician. Last November, he turned 85 and the CD MP85 is witness to this. He is not yet ready for retirement, it appears in Antwerp. I know the German trombonist Nils Wogram from his trio Nostalgia with Hammond organist Arno Krijger. I my mind, he is one of the best European trombonists and he clearly feels at ease in this other musical setting with Michel Portal.

On a large stage, two people can be enough. Singer Youn Sun Nah and guitarist Ulf Wakenius made that clear once again in a beautiful concert. The performance of “Sans Toi” (Michel Legrand) is breathtaking and Leonard Cohen’s “Hallelujah” is otherworldly in intensity. The Swedish guitarist steers and the singer, born in South-Korea, brings a new dimension to the song.

Stefano di Battista has incorporated the music of Enrico Morricone into a program. The Italian composer died last year. On soprano and alto saxophone, his compatriot excels. It has become a cheerful tribute, with well-known film tunes and unknown work from “The Maestro”. The final concert of the Sunday comes from Tunesian oud-player Anouar Brahem, who played music from the esteemed CD “The Astounding Eyes of Rita”. “Understated virtuoso”, I read in my notes. There is a leading role for German bass clarinetist Klaus Gesing.

DAY 4
Annoying, but it’s a rainy day. The first three days the sun was shining, but the warmth now has to come only from the music. With Avishai Cohen (the bassist), Philip Catherine and Joe Lovano on the program, that shouldn’t be a problem. Belgian bassist Lara Rosseel and her mini big band start the day, there’s a lot of percussion and a lot of dynamics from this talented group of mostly young musicians. There’s talent enough in Belgium!

The tenor saxophonist Joe Lovano practiced intensively with three students from the conservatory in Antwerp in the days leading up to the final day of Jazz Middelheim. That masterclass with a performance is a regular part of the festival and it’s always fascinating to see how a famous musician interacts with his disciples. It’s just a fine concert. 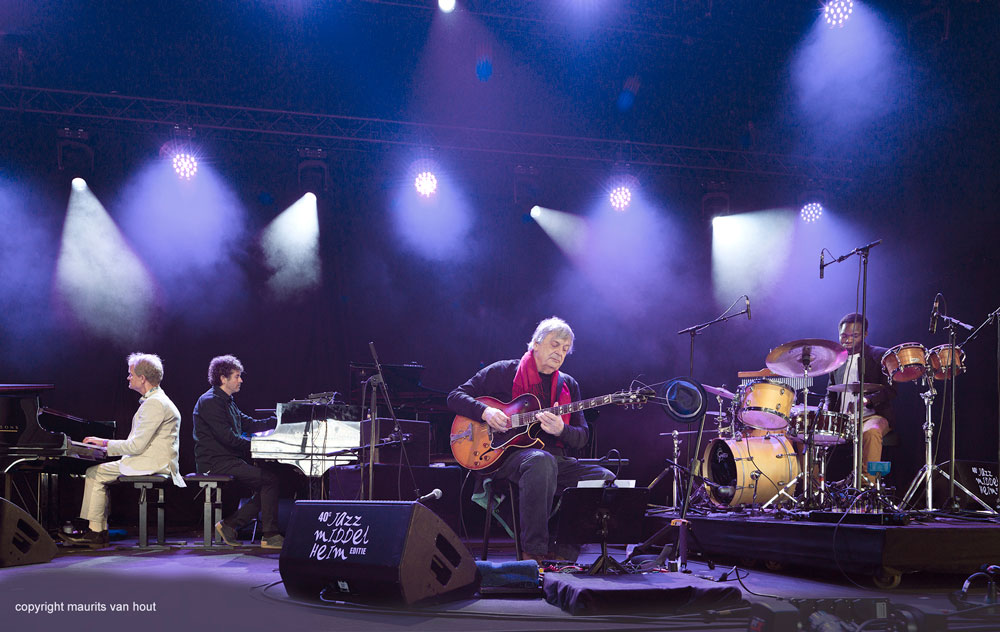 Guitar great Philip Catherine had two pianists on stage, Bert van den Brink and Nicola Andrioli and drummer and percussionist Angelo Moustapha, a talent from Benin, was the number four in the quartet. “Two Pianos” had already been performed in 2017 on the occasion of the 75th birthday of Philip Catherine. The performance that happened then was in a more extensive line-up, but the surprise is no less now. It is a pity that the sound of Bert van den Brink’s piano in particular was not always clear. It is always amazing how quickly the Dutch pianist absorbs music from a fellow musician and serves it as a new dish. Philip Catherine plays and enjoys.

Joe Lovano brought on stage drummer Joey Baron and bassist Greg Cohen. Absolute world top and that’s not too much to say. From the first to the last minute, the concert is played at full power. There are impressive solos: powerplay. Joe Lovano also played the clarinet. It was the first time I saw him do that on stage. After 75 minutes the audience stands and claps and claps. ,,This concert, Avishai Cohen can’t surpass that’’, I hear a colleague say. He’s right, the Israeli bassist doesn’t manage to surpass Joe Lovano, but it’s definitely a draw. It’s another Cohen concert that just doesn’t disappear from your mind. Sounds from the Middle East, fragments of classical music, dynamic solos.

You can always recognize the sound of Avishai Cohen’s trio. The bass player has a good nose for young talents. Drummer Roni Kaspi is 19, he tells the thousands of visitors. “Pianist Elchin Shirinov is 15’’, he says with a laugh, ,,no, but not much older either.’’ The leader left his bandmates plenty of room to excel. There were long ovations as well after this closing concert and in the encore a first: a Spanish song that will appear on Avishai Cohen’s new CD. Recordings in Sweden begin two days after the last day of Middelheim. It’s an album to look forward to. 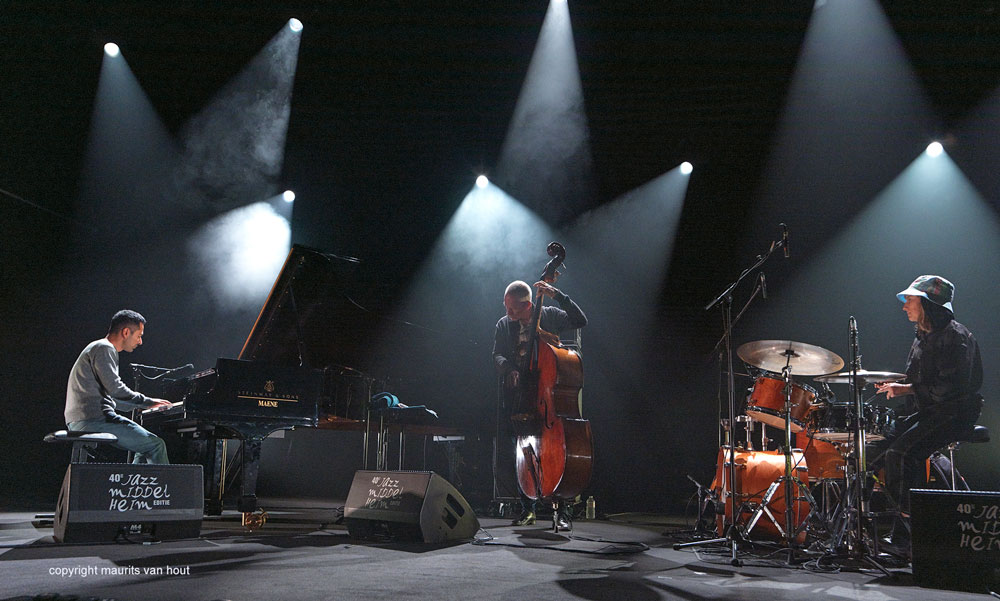 More information about the Jazz Middelheim festival can be found at their website.

Text by: Peter Beije | All photo’s by Maurits van Hout.