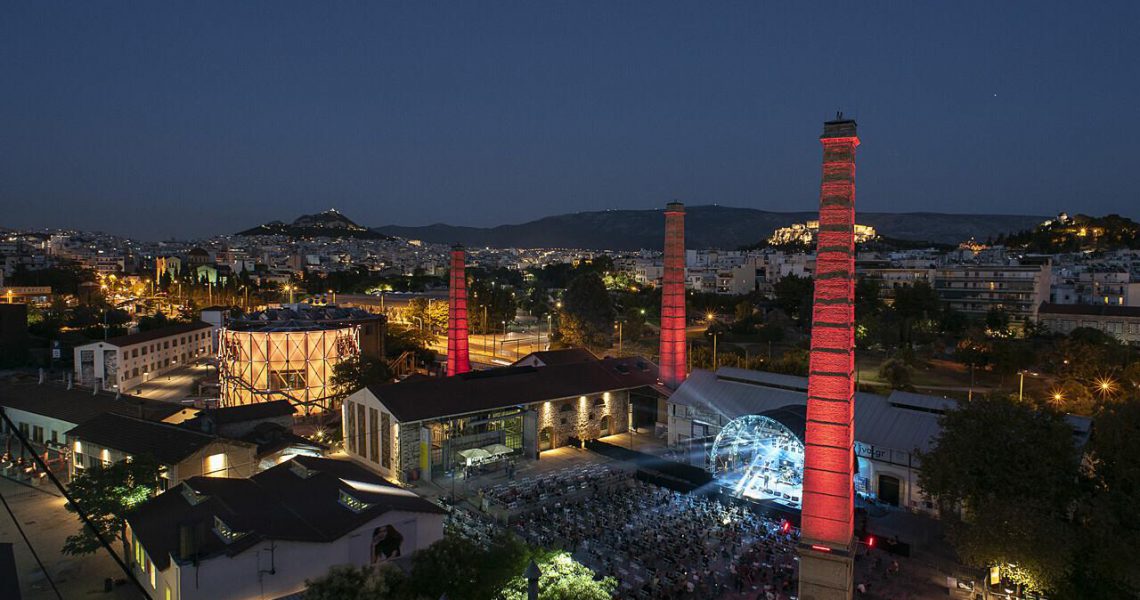 Singer, songwriter and storyteller Lara Eidi tells us all about her visit to the Athens Technopolis Jazz Festival in the final part of this three-part series.

Part Three: The dawn of the return – Home.

Speaking of home, the last ‘pitstop’ on my rather intense and rewarding Odyssey was a chat with Nigerian musician, Adeji Adeyato. Home is what you make of it, one can argue, but after speaking to Adeji, I quickly realised that, like most musical genres aside from Jazz, a disregard for the ethnic roots of a music culture is often side-lined to the point of creating misrepresentation for an artist. Let’s start by saying that  singer and guitarist Deji, as he is known, started singing in a Church Choir in Lagos at the age of 6. By the age of 10, the talented singer became the leader of the choir. From 13 years old, Adédèjì was already a highly sought studio singer and recorded and performed with local Nigerian stars like Imoleayo, Pasunma, Obesere, Gbenga Adewusi, Sound Sultan, Sammy Okposo. At 15 he picked up the guitar and three years later he was also working as a professional guitarist. Since then the gifted musician has recorded and shared stages with Tony Allen, Lionel Loueke, Gene Jackson, Lagbaja, Ayo Bankole, Paco Sery, Keziah Jones, Fred Wesley and Fra Fra Sound and he opened concerts for Manu Dibango and Kenny Garret. Adedeji ’s first album, “Ajo”, featuring Lionel Loueke, gifted him with ‘The North Netherlands Young Talent Award’ in 2012. His second album “Afreekanism” won him the ‘LBM Awards – Best Afro Fusion Artist’ in Nigeria in 2017.Recently he found himself in London at the National Theatre in a production of the retelling of Antony Chekov’s ‘Three Sisters’, retold in the setting of the aftermath of the Biafran War.

I met up with him, in my neighbourhood this time, and truly understood what it meant for a non-Greek residing in Athens to be accepted. Racism in Greece, Adeji remarked is something that is undeniably a hinderance for most- because it is often denied. Aside from playing with some of the most amazing musicians, he confided that there is a lack of support for what he intended to offer as a musician. Deji “I wanted to create a hub, or an open space for people to come and learn about music from Africa, and Lord knows there’s so much to learn, and at the same time create a community where musicians could support each other. After al, for an industry to grow, artists themselves need to support each other, and venue bookers need to be separate from the venue owners to provide truly fair and diverse performance opportunities. I only hope that Greece, which has so much potential as a new mecca of Jazz, can manage this . It’s up to the music community to be inclusive, and stick together”.

I can’t begin to explain how much information I’ve gathered over the past week. You can see why it feels like an Odyssey, one of re – discovery. It’s almost overwhelming, and I’m left with more questions; I’m in awe, admiration and yet I feel almost let down that my beautiful Athens doesn’t have the attention it deserves. However, I refuse to allow the reader to look upon this Odyssey as an Ancient Greek Tale. It’s a tale of truly wonderful musicians, under the radar, that needed to have their voices heard. Perhaps, in a small way, I hope to play a part in bringing attention to the fact that the jazz community needs to be celebrated, and boldly announce to the music community that if it’s inspiration you’re looking for, you’ll find it in Athens. If it’s world class musicians and ingenuity, you’ll find it. There is resilience here, of a community of artists that defy the system’s expectations. There is hope, and we need to shed light on what is already a diamond in the rough. In the words of an artist who shifted the world’s attention to Hellenes:

“There is a crack in everything. That’s how the light gets in. “ (Leonard Cohen).