Although progress is rocky and uncertain, the world seems to be opening up again slowly. International travel is still complicated, but that never stopped Polish saxophonist and organizer Sylwester Ostrowski from uniting with his friends. A creative spirit and fiercely loyal musician gathered friends old and new for A Night in Anzio, effectively the first-ever Italian Jazz Gala and if nothing else, a sizzling ode to friendship, groove, and rock-solid jazz. 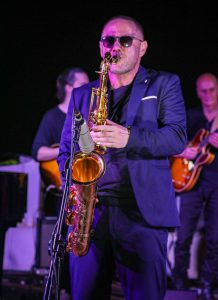 Featuring established names as well as rising stars, the lineup included musicians from Poland, Italy, Spain, The Netherlands, the United States, and Russia. Joined by Camille Thurman on tenor and vocals and Dutch hurricane Alexander Beets as well as the renowned powerhouse of Russian jazz Igor Butman on tenor sax, Sylwester Ostrowski may have just thrown the first tenor battle of the year.

There is a first time for everything
When was the last time you did something for the first time? Ostrowski has a thing for firsts; in February, he organized the first hybrid jazz festival of Europe, and presented the first-ever backstage vlog series in a world where venues were previously rather secretive about their post-audience facilities. Now, together with partner in crime (and wonderful guitarist) Francesco Bruno, he brought us all to L’Abbraccio Theater in Anzio. L’Abbraccio is Italian for ‘hug’, a name well suited for this cosy amphitheatre on the seaside. If the concert and concept weren’t already something special, especially in covid times, the scenery made it even more beautiful – one can only hope it is the first of many events at this location.

Bringing an international gang of musicians to a beautiful venue is already an achievement, but why stop there? The concert opens with A Night in Anzio, composed by Ostrowski for the occasion and featuring a fiery first introduction for trumpeter Freddie Hendrix (USA), with whom he’s been playing since 2018 in The Jazz Brigade. They met as soloists on stage with Wynton Marsalis and his Jazz at Lincoln Center Orchestra and instantly connected: just one of many examples of friendship that will grace the stage this evening. Later on in the evening, they would honor this connection through We Are The Jazz Brigade, a composition by Hendrix leaving space for a great solo by young, promising protegee Jakub ‘Mizer’ Mizeracki. 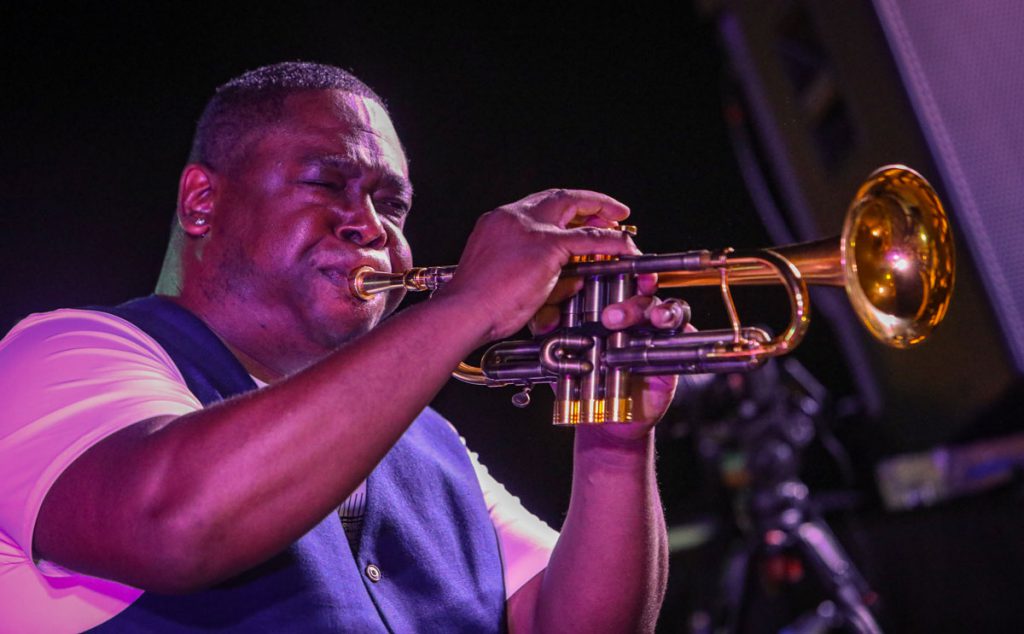 The Show Must Go On
Bringing this much fire provoked a bit of rain, but the show must go on; swift action from the crew saved the day and about half an hour later our lineup was back on stage. Continuing on into dusk, Ostrowski invited Igor Butman to the stage for an unforgettable rendition of his composition Nostalgia. From there, the outfit moved into territories embracing the jazz tradition with a mix of originals and standards, giving each soloist the space to express their own style. Beets, presenting a more traditionalist love for Stanley Turrentine through a 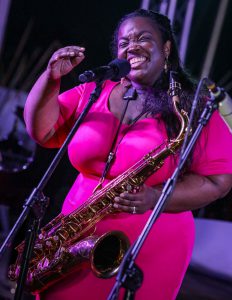 beautiful, crowd-pleasing rendition of Sunny, for example, or a more modern approach by Camille Thurman to Amy Winehouse’s Our Day Will Come, left the audience between breathless fixation and constant cheer.

It also deserves to be noted that while bassist Endea Owens might not yet be as famous as she deserves among European audiences, her exceptional style and sound will undoubtedly find its way into the hearts of many. Solos by co-organizer and guitarist Francesco Bruno and pianist Albert Bover, who both prove that good improvisational skills will show a good listener who you are at heart, remain equally memorable. In short, if anyone has wondered whether it is possible to have goosebumps in 30+ Celsius: it is.

What is impossible, however, is to describe all compositions and features of this elaborate celebration. From the ultimate tenor summit on Dexter Gordon’s Cheesecake to the striking, yet cheerful beauty of closer Now’s The Time, Ostrowski has managed to build bridges in more ways than one through yet another cross-cultural project.

When you visit JazzCorner to watch the concert registration, crafted by Ostrowski’s very own media team accompanying him from Szczecin, Poland you will understand what I mean; it airs on Wednesday July 14 and will be on their Facebook page for only a little while. It promises to be a remarkable registration by an extremely talented crew, showcasing the latest and greatest in international jazz. I cannot recommend it enough. 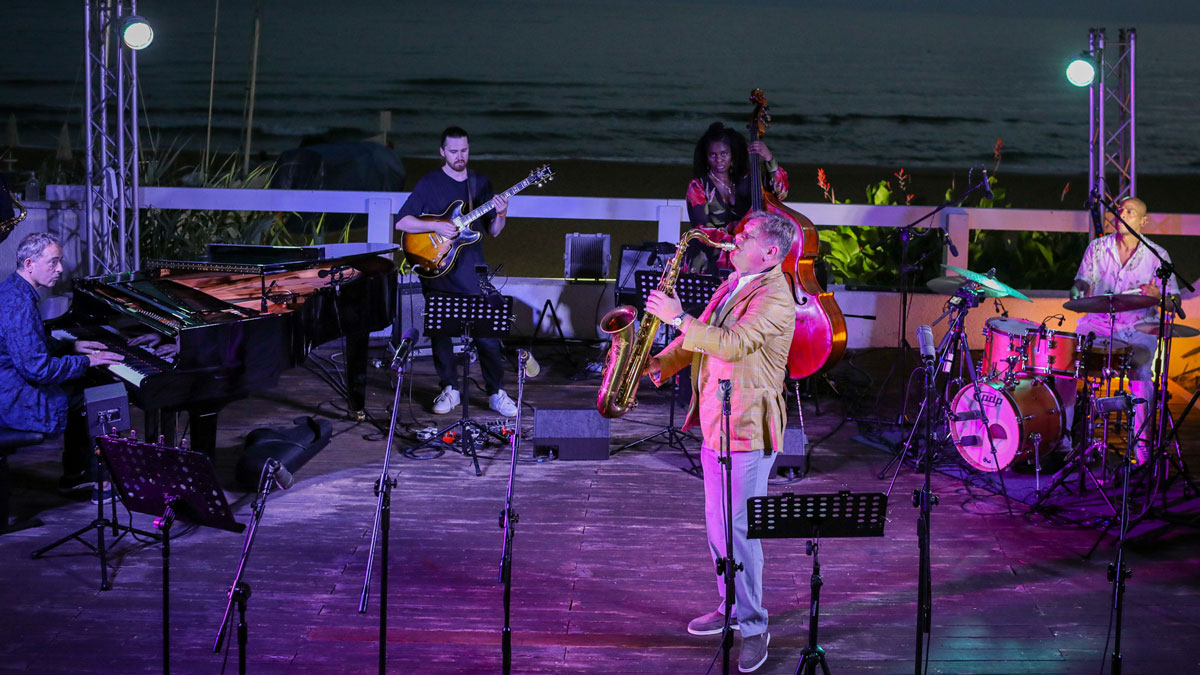