In November we announced the first live stream concert broadcast direct from the Rudy Van Gelder Studio. This first concert featured an all-star line up led by Ron Carter and was a great success with a large number of viewers from around the globe. Now series director Sam Kaufman has announced the line up for the follow up concert.

This second show, part of a multi-part immersive music series, will feature legendary jazz organist, Joey DeFrancesco and will take place on May 15th at 9PM EDT with live re-streams on May 16th at 8:00 pm JST for Asian markets and 8:00 pm CES for European markets. All events will stream directly from www.VanGelder.live. Tickets for the event cost $15 (USD) and are now available.

Since being discovered by Miles Davis as a teenager, DeFrancesco has been an important force in the industry for over 30 years, particularly known for his role in the revival of the Hammond organ sound in music. He has been featured on recordings alongside Miles Davis, Ray Charles, Henry Mancini, David Sanborn, and John McLaughlin. DeFrancesco toured with Davis when he was only 17 years old and has released over 30 albums, nine of which were recorded at the Rudy Van Gelder Studio. 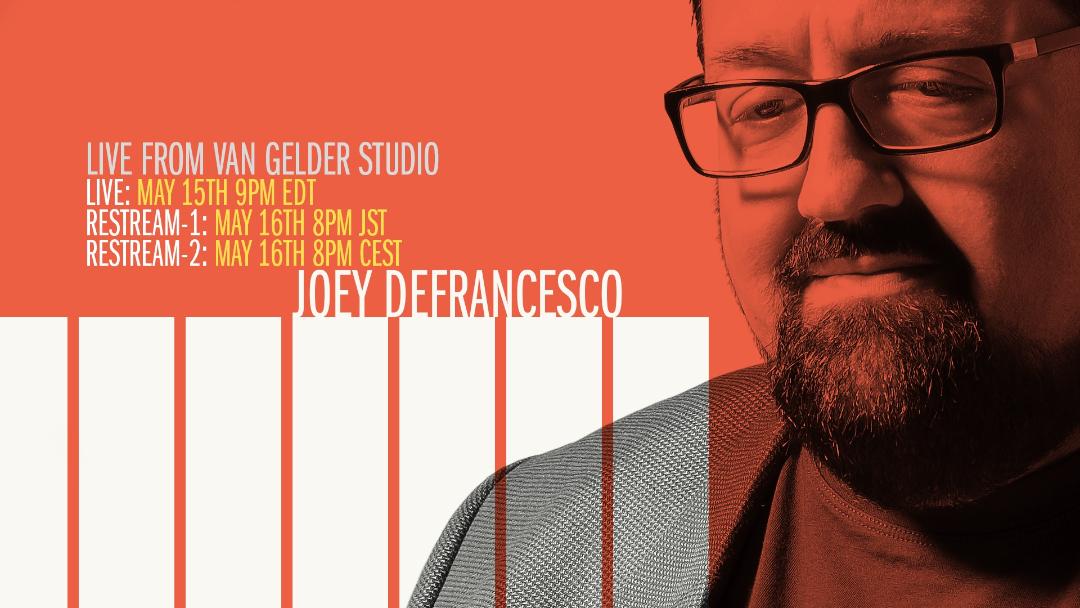 For this concert DeFrancesco will perform on Van Gelder’s Hammond organ that has been featured on iconic recordings made at the studio, including those by Ray Charles, Jimmy Smith, Larry Young, Shirley Scott, Jack McDuff, Jimmy McGriff, Charles Earland, and more.

“We’re extremely excited to do a show featuring the Van Gelder Studio Hammond organ. So many important albums were recorded on that very instrument. I’ve revisited many of those recordings in putting the show together and can’t wait to bring this set to a worldwide audience,” said producer and musical director, Don Sickler.

Performing alongside DeFrancesco will be Billy Hart on drums and Peter Bernstein on guitar. Hart, who has graced the stage for over 60 years, has performed with Miles Davis, Otis Reding, Sam and Dave, Shirley Horn, Wayne Shorter, Herbie Hancock, and Stan Getz. Bernstein has deep experience in organ-settings with Dr. Lonnie Smith, Melvin Rhyne, and Larry Goldings.

Special guest, tenor saxophonist Houston Person, recorded almost 50 albums at the studio dating back to 1966. Many of those with organists including Don Patterson, Richard “Groove” Holmes, and Johnny “Hammond” Smith.

DeFrancesco will perform on Van Gelder’s Hammond organ that has been featured on iconic recordings made at the studio, including those by Ray Charles, Jimmy Smith, Larry Young, Shirley Scott, Jack McDuff, Jimmy McGriff, Charles Earland, and more. 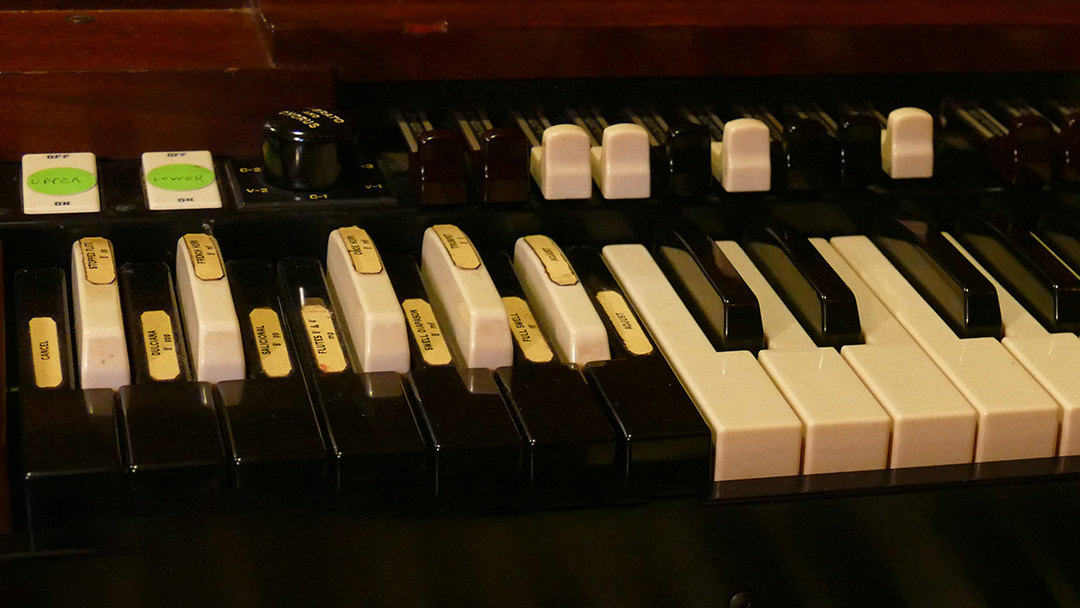 The “Live from Van Gelder Studio” has been created and produced by a team of jazz industry veterans including Don Sickler and Maureen Sickler. Don produced many Van Gelder-recorded artists including Joe Henderson, Freddie Hubbard and Cindy Blackman Santana and his wife Maureen was the long-time assistant engineer for Van Gelder, who now carries on the traditions forged in their 30+ year collaboration. Also working on the Series is Phil Coady, producer of The Ultimate Blue Train and Sam Kaufman, who as a talent agent worked with Van Gelder-recorded artists including Ray Charles, Pharaoh Sanders, and Jason Moran.

The series is designed to pay homage to the unmatched legacy of Rudy Van Gelder, who launched his recording career from his parent’s living room in Hackensack, NJ recording the most significant jazz artists of the day including Thelonious Monk, Miles Davis and Clifford Brown, to name a few. Van Gelder dreamed, planned and built his renowned Englewood Cliffs, NJ studio from scratch, innovating at every turn. That studio opened in 1959 and is still actively recording today.

Sounds captured in the studio can be heard every moment of every day in any corner of the globe. A working piece of art in acoustics, improvisation and physical beauty, Van Gelder Studio is a historic landmark. From its architectural roots to the artists that have recorded under its roof, the space is a stunning Mid-Century Modern trove of treasures. Its beautiful cathedral-like ceiling of Pacific Northwest timber has rarely been seen outside the small circle of important artists who have recorded there.

The shows are streamed on a state-of-the-art platform that was created with Amazon technologies. The platform is engineered to accurately broadcast the unmistakable Van Gelder Studio sound live and worldwide. Live from Van Gelder Studio has also forged unique marketing partnerships with brands in the technology and audio industry to reach new audiences and ensure that the entire listening and viewing experience is high-quality.

Tickets for the premiere performance can be purchased directly for $15 here at Van Gelder Live.