This coming Saturday, 10 April, the “Jazz Folk Klassik” foundation in Syke (Germany) will stream a live concert featuring the Insomnia Brass Band. The concert will be streamed live at 8:00pm (CET) on YouTube on the JFK Syke channel.

Jazz Folk Klassik in Syke is a non-profit concert organization in the small town Syke 25 km south of Bremen. JFK Syke have been presenting a regular concert series supported by the Kreissparkasse Syke in the concert hall for more than 25 years. With the outbreak of the pandemic JFK Syke were forced to cancel all live concerts however thanks to the support of their main sponsor the Kreissparkasse Syke the organization has been able to equip themselves to be able to stream concerts in full HD Quality. This Saturdays concert will be the follow-up to the organizations first live stream concert presented to a large online audience in February this year. Gerd Harthus from the organization stated “With all of our activities cancelled we are thrilled about the possibility of streaming a live concert in these hard times for musicians.”

The band featuring Baritone saxophonist Almut Schlichting, trombonist Anke Lucks, and drummer Christian Marien are a miniature brass band, transcending its compact size to produce a raucous, ebullient sound one might expect from a much larger ensemble. 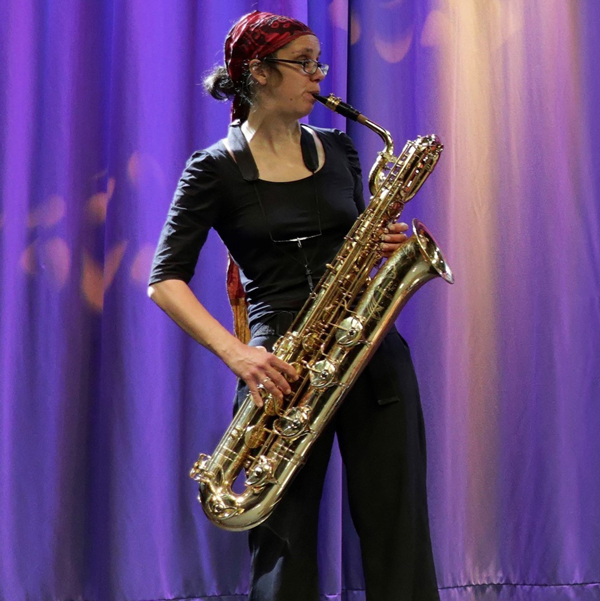 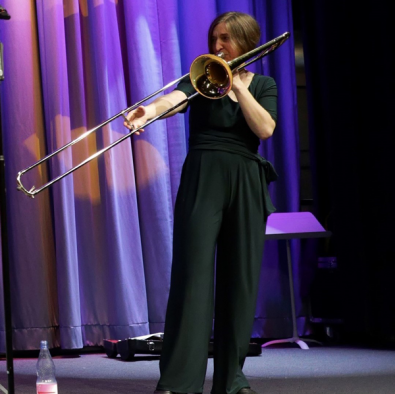 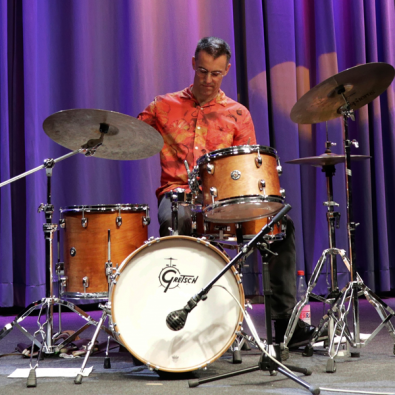 The trio formed in 2017 and since then it has developed an irresistible, unstoppable contrapuntal attack of interlocking parts that sees the group pulling apart and coming back together with breathless energy. Each musician juggles shifting rolls, toggling between rhythm and melody as they traverse a beguiling landscape of free jazz, funk, punk rock, and New Orleans brass band traditions.

On each tune the group is in constant motion, playing quicksilver harmonies, injecting spontaneous accents, colliding melodic conceits, and generally raising the roof.

While the musicians draw upon a wide vocabulary of techniques and traditions, Insomnia Brass Band never allows its heady ideas to get in the way of a good time.

The Insomnia Brass Band was founded in spring 2017 during a working scholarship of the Berlin Senate and developed its sound around the playing material composed by Lucks and Schlichting. Since 2018 the band has been touring with numerous concerts in jazz clubs and at festivals. With another Senate scholarship, the trio has now recorded their first CD „Late Night Kitchen”– it was released on November 27, 2020 on Tiger Moon Records!

Those who would like to view the concert can tune in on 10 April at 8:00 (CET) directly on their YouTube channel here.

More information can be found at the JFK Syke website.