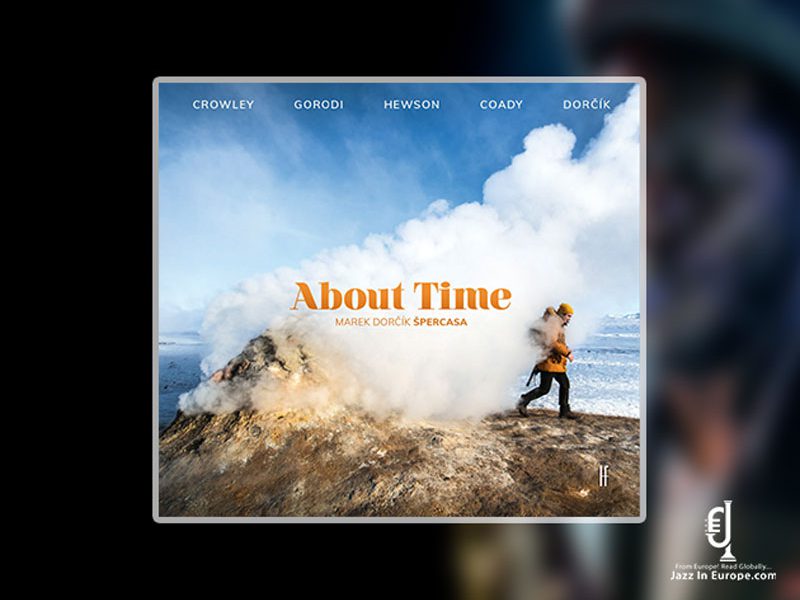 Slovakian born drummer Marek Dorcik is swiftly gaining a reputation as a sought after professional drummer on the international jazz scene, working with some of the UK’s leading jazz artists including Mike Walker, Alan Barnes, Stuart McCallum, Alice Zawadzki (as part of the Moss Project) and Matthew Halsall of Gondwana Records.

His tenure in bands such as the European Union Quartet and the Lukas Oravec Quartet, as well as performances at leading jazz festivals including Manchester, London and Cheltenham, as well as renowned venues such as The Vortex and Ronnie Scott’s jazz clubs, have helped to fuel a growing rise to prominence, now culminating in the release of his band Špercasa’s debut album ‘About Time’.

Špercasa, (a Slovakian play on words with ‘Šperk’ meaning ‘jewel’ and ‘Percasa’ resembling the word ‘percussion’) consists of Marek Dorcik on drums, George Crowley on sax, Miguel Gorodi on trumpet and flugelhorn, Tom Hewson on piano and Mick Coady ondouble bass. Together they are an outstanding quintet of prominent musicians, each with their own individual contributions to the UK jazz landscape. The synergy between them is apparent on About Time, with each protagonist allowing the other to express themselves freely through improvisation, creating space at exactly the right time, while showcasing each individual’s creative flair when it matters most.

Špercasa was formed in 2019 as an exciting new chapter in Marek’s Dorcik’s development as an artist and to further his discovery into improvised music. The compositions on About Time aim to express a concern for our planet, the changing climate and to evoke a thought concerning these global issues.

Some compositions on the album (such as the synonymous title track About Time) have an urgent and energetic feel, others such as the ballad Golden Hour are warm and tranquil. The juxtaposition of styles and quality of musicianship makes for an enjoyable and fulfilling listen, undoubtedly positioning Marek Dorcik and Špercasa as ones to watch for 2021 and beyond.