Christian Sands has continued to receive critical acclaim for his 2020 album, Be Water. The pianist and composer was honored to receive a NAACP Image Awards nomination for Outstanding Jazz Album, in addition to his earlier announced first ever GRAMMY® Award nomination as a leader for his composition “Be Water II” in their Best Instrumental Composition category. The NAACP nomination marks his second honor from this prestigious association after he was nominated in the same category for his 2018 album Facing Dragons. 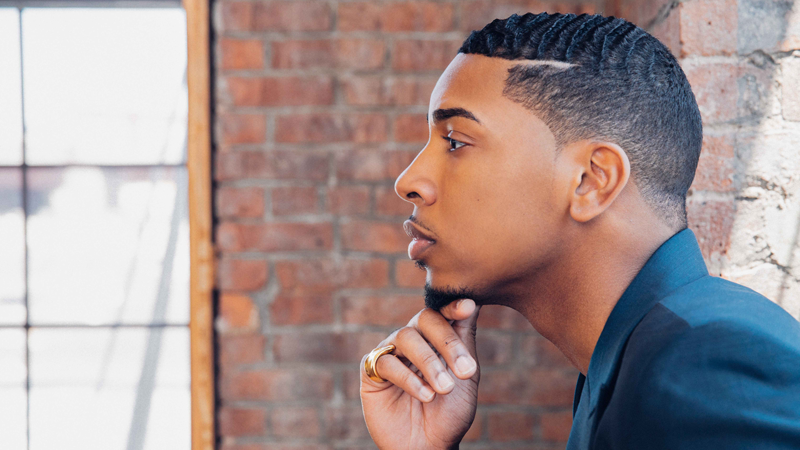 Just after the release of his “Be Water” album, Peter Jones sat down with Christian to speak about the album and a great deal more. You can read that interview here. In addition, the album was reviewed for this platform by Jan Veldman. Jan concluded the review stating: “There are many layers to this recording and with every listen, more magic reveals itself. The performances are top-notch and Christian is audibly at the top of his game. This truly is a must-have album.” You can read Jan’s full review here.

Just barely into his 30s, Sands has already enjoyed a remarkable career trajectory, touring and recording with Christian McBride’s Inside Straight and Trio, as well as collaborating with the likes of Gregory Porter and Ulysses Owens. Be Water is Sands’ fourth release for Mack Avenue Music Group (including a five-track digital-only EP as an extension of his debut album, Reach), and flows with the mesmerizing tranquility and power of its namesake. On his most conceptually ambitious album to date, Sands heeds the wisdom of martial arts master and movie star Bruce Lee and allows his creativity to transform and assume a dazzling variety of forms.

Not only did Sands release his critically acclaimed album in 2020, but he also participated in a number of other impressive endeavors. He served as Artist-In-Residence for the Monterey Jazz Festival while they went virtual, and hosted “Welcome To The Sands Box” in conjunction with the festival– and he’s gearing up to serve as its Artist-In-Residence again in 2021. He also kicked off WBGO’s 2020 Jazzathon with an energetic and engaging performance, discussed jazz in film with Turner Classic Movies (TCM), continued his role as Creative Ambassador for the Erroll Garner Jazz Project (the non-profit organization dedicated to Garner’s legacy) and recently partnered with Ancestry.com to uncover family stories he never knew.

More information on this and more can be found at the Mack Avenue website.