Its extensive concert history has included tributes to Duke Ellington, Miles Davis and Dave Brubeck and has featured new works drawing on the classical and Scottish traditions as well as furthering the jazz big band canon.

The many highlights over the ensemble’s quarter-century have seen performances at world-renowned London jazz club Ronnie Scott’s and at leading jazz festivals in the UK, Norway, France and the U.S. There have also been enthusiastic reviews on both sides of the Atlantic for albums such as American Adventure and The Culloden Moor Suite, which featured its composer, Scottish tenor saxophonist Bobby Wellins as lead soloist. 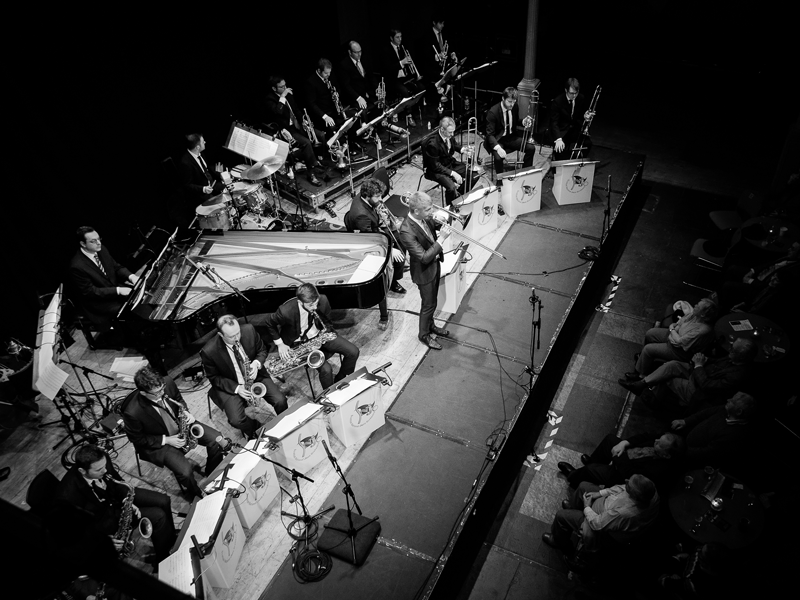 “We’ve always created opportunities for new, young talents, as well as working with well-established names, and this concert will put the spotlight on three such musicians,” says Tommy Smith. “Trombonists Anoushka Nanguy and Liam Shortall were winners at the recent Scottish Jazz Awards – Anoushka winning the Rising Star title and Liam winning Best Album and Best Band with his group Corto.Alto – and Kieran MacLeod has a great future as an arranger.”

The concert, for which tickets will be available to book on the SNJO’s website, follows a series of YouTube video releases designed to maintain contact with the orchestra’s audience while live performances have been put on hold due to the COVID-19 pandemic.

“Like musicians all over the world, we’ve had to reschedule our concert programme, and reschedule it again over the past eight months,” says Smith. “So we’ve released videos with some of our special guests – singers Jazzmeia Horn, Kenny Washington and Kurt Elling and New York vibes virtuoso Joe Locke – to remind our audience what we sound like. The essence of jazz, however, is creating music in the moment and we want this live-stream to give people as close to the live jazz experience as possible. We’ll be observing social distance regulations so we’ll be further apart than usual but at the same time relaying the immediacy and intimacy of a jazz concert.”

More Information can be found at the SNJO Website here.