Storyville Records are ready to release four LP’s from the archives, representing four classic artists. Wizard of the harmonica from Sonny Terry displays an extraordinary talent with a unique technique. Archie Shepp & The New York Contemporary Five is a great recording of a true legend and his band. Teddy Wilson Trio – Revisits the Goodman Years sees Teddy Wilson re-portray the Benny Goodman small-group repertoire that Wilson had played with Goodman many decades before this Copenhagen session in 1980. Benny Carter Quartet -Summer Serenade, recorded in 1980, sees Benny Carter in the latter part of a pioneering and exceptionally long career return to Copenhagen for a session that documents his accumulated relationship with the alto saxophone and why he is remembered as one of the instrument’s defining players.

All four records each represent the great story of Storyville records, each in their own unique way.

Each release is limited edition, pressed onto 180-gram virgin vinyl with the original covers and sleeve notes preserved. Updated notes have been added to the inner sleeves. The audio has been remastered specifically for vinyl to secure the best sound that these great releases deserve. Eight releases in the series are now available:

Sonny Terry – Wizard of the harmonica 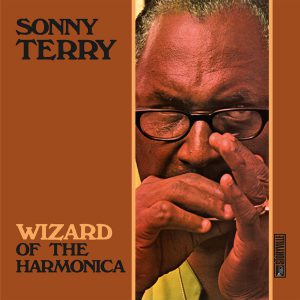 The enthusiasm and captivating energy of Sonny Terry on Wizard of the Harmonica is as tangible as undeniable as his impact on the blues harmonica and its role in the blues.
The technical mastery of the blues harmonica and energetic vocal stylings of Sonny Terry come together on Wizard of the Harmonica to form a captivating portrait of one of the instrument’s all-time greats and a legend in the Piedmont blues genre. Terry’s instrumental mastery is accompanied by his idiosyncratic and captivating vocal stylings which move from falsetto whoops to dense spoken word passages in unrestricted yet precise ways to form an expansive and nuanced impression of one of the most characteristic and charismatic performers of the style.

Recorded in Copenhagen in 1971, Wizard of the Harmonica captures Sonny Terry at a time in his life where his previous musical experiences and relationships form a foundation on which his uncompromising style unfolds with as few restrictions as ever. On I’m Crazy About Your Pie, Terry delivers an exuberant take on Blind Boy Fuller’s Custard Pie, and the album’s version of Easy Rider seems to harken back to how Lead Belly, another old friend and collaborator of Terry’s, would perform it. Recorded in the latter part of his career, Wizard of the Harmonica depicts a 60-year-old Sonny Terry as vivid as ever but with a strong sense of the roots of his life and musical career. 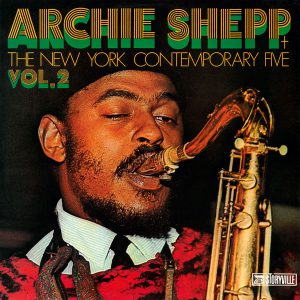 Recorded at the end of a string of engagements throughout the Scandinavian countries, Archie Shepp + The New York Contemporary Five, Vol. 2 captures a group of young musicians seeking new musical ground and having found a welcoming environment far from home. In November of 1963, The New York Contemporary Five were consolidating avant-garde jazz as pioneered by Ornette Coleman and Cecil Taylor in Copenhagen and Sweden, as New York clubs had yet to fully embrace the style The quintet had formed specifically for their engagement at Montmartre in Copenhagen and would disband for some time immediately after. Vol. 2 documents a quintet of experimental artists that had yet to gain the worldwide recognition that they enjoy today, more than 50 years later.

In this early era of The New York Contemporary Five, Archie Shepp, who embodied his musical generation’s experimental nature, shows compelling technical prowess that runs alongside an early-stage knack for experimentation. From a modern perspective, the album sounds particularly indicative of the Archie Shepp that history has come to know as a central figure in the primary canon of avant-garde jazz. 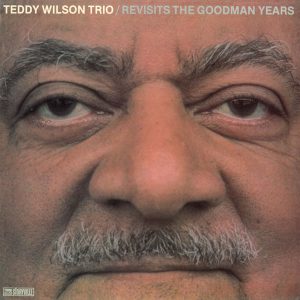 Besides his reputation as “the definitive swing pianist”, Teddy Wilson is often remembered in terms of his collaborations. Having played on the records of names like Louis Armstrong, Lena Horne, Ella Fitzgerald and Benny Goodman, Wilson’s fingerprints are found on many of records that helped popularize and define swing in its glory years. In 1980, Wilson revisited the songs he had performed with Benny Goodman in the 1930s, delivering material that he had clearly mastered at this point and which gave a special look into the talents and sentiments of Teddy Wilson that played a primary role in the swing era.

Teddy Wilson Trio Revisits the Goodman Years sees Teddy Wilson re-portray the Benny Goodman small-group repertoire that Wilson had played with Goodman many decades before this Copenhagen session in 1980. It is a return to material that had stood the test of time while Wilson had lived a long career since his time with Goodman himself. 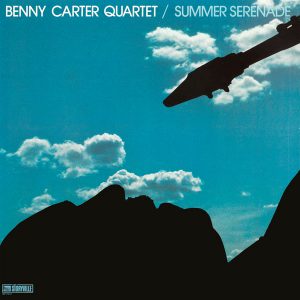 Summer Serenade, recorded in 1980, sees Benny Carter in the latter part of a pioneering and exceptionally long career return to Copenhagen for a session that documents his accumulated relationship with the alto saxophone and why he is remembered as one of the instrument’s defining players. On a Sunday in August of 1980, Carter found a comfortable dynamic in a quartet finely tuned to his still obvious talents on the alto sax and who also managed to make their own mark on a series of Carter’s own songs as well as those of a few others.

Although he played trumpet, trombone, clarinet, tenor and piano at different points in his career, it is as an alto saxophonist that Benny Carter achieved his enviable reputation as an instrumentalist. The broad, sweeping phrases of his improvisations have the structural stability of compositions in their own right, and here, his approach to the instrument benefits from having been honed throughout the prior decades.

Benny Carter had previously toured in Scandinavia in the 1930s when he had made a name for himself in the United States writing for and playing with the bands of Charlie Johnson, Horace and Fletcher, Don Redman and others. On this first encounter with European audiences, Carter was welcomed with open arms, and perhaps this initial meeting played into him going back to Copenhagen to record Summer Serenade almost 44 years later.

More Information can be found at the Storyville Records website.