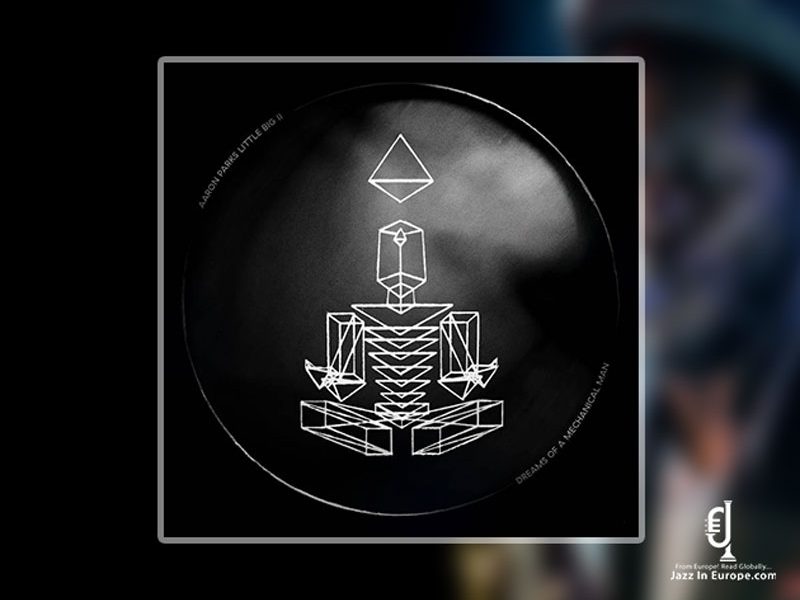 “Making the simple complicated is commonplace; making the complicated simple, awesomely simple, that’s creativity.” These words by legendary bassist/composer Charles Mingus are a touchstone for Little Big, the quartet led by pianist Aaron Parks. The band’s new recording, Little Big II: Dreams of a Mechanical Man, communicates with a clarity and simplicity that belies its ultimate depth. “I want to cast a spell,” explains Parks, “to lull you into a trance where you think you know where you’re going, and then take you somewhere unexpected, almost without realizing how you got there.”

This new music continues the band’s cultivation of a musical language that marries creative improvised music to more groove-centered music—electronica, indie-rock, hip-hop, and psychedelia—but without a trace of mannered “fusion” or a sense that the music is cobbled together from disparate styles. Rather, it feels seamlessly integrated, whole in and of itself.

Dreams of a Mechanical Man is Little Big’s second release on Ropeadope Records, recorded after more than two years of touring for Parks, guitarist Greg Tuohey, bassist David “DJ” Ginyard, and drummer Tommy Crane. One primary distinction of this new album, according to Parks, is that “today, the band operates as a single organism. The first record was about the tunes and the aesthetic. This album keeps that focus and also captures the chemistry we’ve developed on the road, the way this band feels as it makes music in the moment.”

2018’s Little Big was itself a kind of sequel to Parks’ acclaimed Blue Note debut, Invisible Cinema, a 2008 recording that put the composer and pianist in the center of the conversation about how jazz was developing in the new century. With Dreams of a Mechanical Man, Parks continues to explore the possibilities of how the music can find a voice that incorporates influences from popular music, the jazz tradition, classical composition, and folkloric songs—ideas that are now finding their most compelling and mature expression yet, as songwriting, performance, and production come together in surprising ways.

The production partnership with Chris Taylor—producer/bassist for Grizzly Bear and Department of Eagles, among others—was also key. “He was an essential contributor in the studio,” Parks notes, “adding brilliant details. On the title track, for example, he came up with the idea of an overdubbed percussion section, which we ended up recording in the lobby of the studio. It’s a subtle touch that helps to create a strong sense of place.” Taylor was also critical in helping the band find its best performances—not the so-called perfect ones but rather those that captured the band at its most human. “He helped us embrace these moments of imperfection and rawness, allowing the music to breathe and come to life.”

“I guess you could say,” Parks explains, “we’re going for and, not or. Structure and freedom. Restraint and abandon. The idea is for this band to simultaneously feel like a well-oiled machine and a scrappy crew of improvisers.”

The voices of Parks’ bandmates are crucial throughout. Both “Is Anything Okay?” and “Where Now?” were fully improvised in the studio, portions of longer free-form explorations that lean on the band’s ability to glean logic from spontaneity. “This,” Parks says, “is the band really being a band, a living thing.”

2019 was a critical year for Aaron Parks, 36. He not only toured extensively as a leader with Little Big but also was an integral contributor to Waiting Game, the acclaimed recording by drummer Terri Lyne Carrington. Since moving to New York from Seattle to attend the Manhattan School of Music at 16, Parks has been gradually developing his distinctive voice. Upon the recommendation of legendary pianist Kenny Barron, he joined Terence Blanchard’s band for five years and three notable albums, followed by his own Blue Note debut, which John Fordham of The Guardian declared “a real independent vision” by “a fast-rising star.” He has also released two highly lauded albums for ECM, the solo piano Arborescence and Find The Way with Ben Street and Billy Hart. Parks co-founded the collective supergroup James Farm with Joshua Redman, Matt Penman and Eric Harland, and many others have sought him out as a collaborator, including guitarist Kurt Rosenwinkel, trumpeter Ambrose Akinmusire, oudist Dhafer Youssef, singer Gretchen Parlato, and drummer Kendrick Scott.

The larger purpose of Dreams of a Mechanical Man, Parks says, goes beyond the development of musical ideas. “There’s so much deeply troubling news coming at us each day, amplified by how we consume media. It is all too easy for our hearts to become overwhelmed and hardened. For us to do the systemic work that we need to do to stand a chance on this Earth, we will need to be able to show up with our hearts available and whole. We must be able to feel.”

Parks, who has himself experienced periods of depression, hopes that the songs and musical narratives presented in Dreams of a Mechanical Man can offer us all a bit of therapy. This is music that aims to sound the alarm about some of the big picture issues on our planet (“Attention, Earthlings”), asks us to think deeper (the title track “Dreams of a Mechanical Man,” evoking the Pinocchio story and G.I. Gurdjieff’s teachings), and invites us to turn inward to examine how we relate to ourselves and one another in these precarious times (“Unknown”).