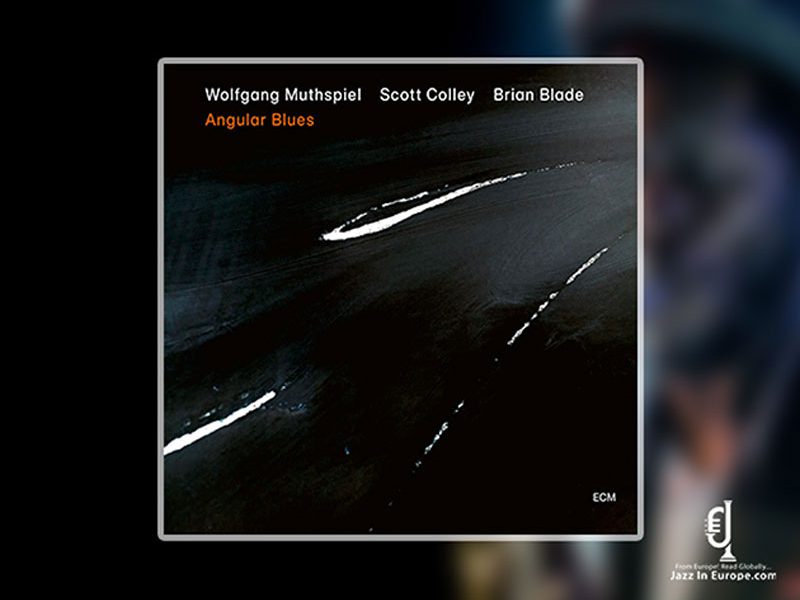 Wolfgang Muthspiel, whom The New Yorker has called “a shining light” among today’s jazz guitarists, returns to the trio format with Angular Blues, his fourth ECM album as a leader, following two acclaimed quintet releases and his trio debut. Like Driftwood – the 2014 trio disc that JazzTimes dubbed “cinematic” and “haunting” – Angular Blues finds the Austrian guitarist paired with long-time collaborator Brian Blade on drums; but instead of Larry Grenadier on bass, this time it’s Scott Colley, whose especially earthy sound helps imbue this trio with its own dynamic.

Muthspiel plays acoustic guitar on three of the album’s tracks and electric on six more. Along with his characteristically melodic originals – including such highlights as the bucolic “Hüttengriffe” and pensive “Camino” – he essays the first standards of his ECM tenure (“Everything I Love” and “I’ll Remember April”), as well as his first-ever bebop rhythm-changes tune on record (“Ride”). Angular Blues also features a single guitar-only track, “Solo Kanon in 5/4,” with Muthspiel’s electronic delay imbuing the baroque-like rounds with a hypnotic glow.

Muthspiel, Colley and Blade recorded Angular Blues in Tokyo’s Studio Dede after a three-night run at the city’s Cotton Club. The album was mixed with Manfred Eicher in the South of France at Studios La Buissonne, where Muthspiel had recorded his two previous ECM albums, Rising Grace and Where the River Goes (both of which featured pianist Brad Mehldau and trumpeter Ambrose Akinmusire). Each of the groups that Muthspiel has put together for his ECM recordings has had a special rapport. About his new trio, the guitarist says: “Scott and Brian share my love of song, while at the same time there is constant musical conversation about these songs.”