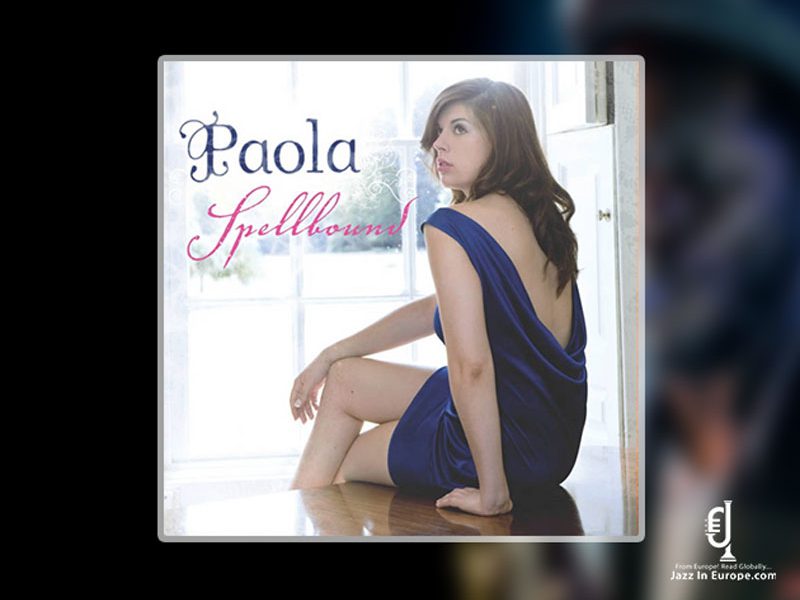 Award-winning singer/songwriter/pianist Paola Vera blends her passion for jazz with a modern edge; a fresh take on groove, which she infuses into her own songwriting and a new slant on old songs.

Paola was described as a ‘jazz chick’ with hits (Richard Niles) and ‘a real gift of improvisation’ (Pete Churchill). Paola’s music is a mixture of her passion for jazz but with a touch of modernity; A fresh look at the groove she diffuses in the writing of her own songs and the revival of the classics. She cites many influences including Stevie Wonder, Jill Scott, James Taylor, Nat King Cole ….

Spellbound is a pop/acid jazz blend of tunes.  There are hints throughout of Paola’s impressive jazz credentials – particularly in the licks of Indestructible Melody and Take My Breath Away. Her tone is well-controlled, her voice flexible and wide-ranging, and there are scatterings of gorgeous vibrato and impressive turns. Some tracks would not feel out of place in a West End musical!

The album kicks off with the harmonically lush and rhythmically punchy At Last.  It has great backing vocals, and this track delivers. Paola has a certain knack for lyrics, with the title track Spellbound aptly demonstrating this with its quirky quote from My Favourite Things.

The delectable groove and lyrics on  Honey Runs stands out, quickly proving to be a glimpse into the breadth, depth and potential direction that Paola Vera could take her artistry.

Paola is a highly-qualified and experienced musical educator and vocal coach, with over ten years of professional practice in London and more recently in France (five years). Paola currently works with a number of higher-education institutions in France and the UK as well as private musical education providers, including as Professor for Jazz and Pop Voice at the Conservatoire de Bordeaux Jacques Thibaud and Bordeaux Universite Montaigne. Recently she was selected as an Expert Practitioner to record a set of educational videos for the official Trinity Rock and Pop Grades musical syllabus.

​Fluent in English (native) French (bi-lingual) and Spanish (half-Venezuelan) Paola works across languages to deliver exceptional and reasoned tuition to students, based on the foremost research in vocal theory and related anatomy.

Paola Vera also maintains a thriving live performance career for prestigious jazz venues in London and France, described as a ‘truly gifted improviser. And she writes for Jazz in Europe.

Available as a  Digital Album