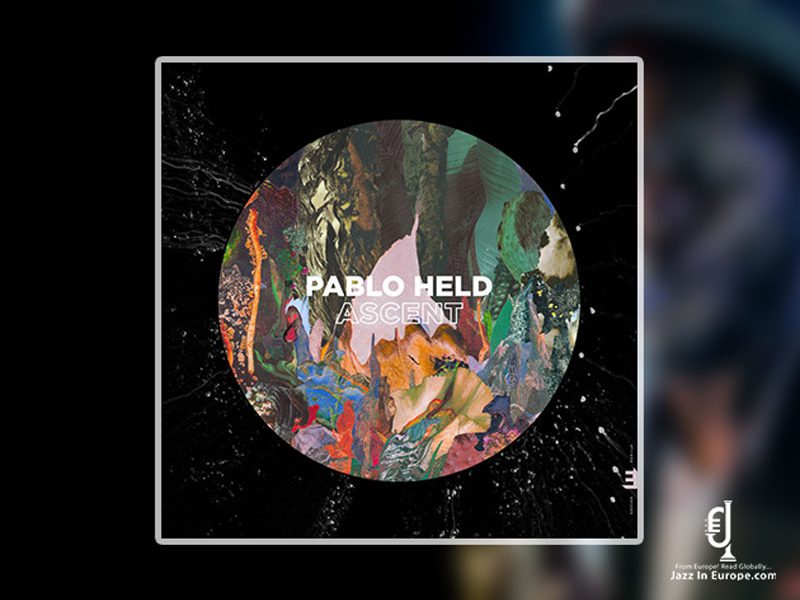 Pablo Held’s new album, Ascent, his second for Edition Records, is the first collaboration between his long-running trio and the Brazilian guitarist Nelson Veras. Following a brief meeting, Nelson immediately connected to the spirit and philosophy of the trio and their focus on deep listening and non-ego-driven communication. The result is a deeply satisfying fusion of the powerful and expressive music associated with Pablo’s trio and the fluid invention of Nelson’s guitar stylings.

Described as a ‘guitar monster’ by Jazz Times Magazine (USA), “an extraordinary musician” by Lionel Loueke, and “a creative power that’s absolutely unquestionable” by Pat Martino, Nelson Veras’ style mixes classical guitar techniques, modern jazz lines and his Salvador de Bahia roots. He was first noticed by Pat Metheny at age 14, as recounted in the 1992 film ‘Just a Dream’, and went on to win numerous awards at an early age. He has performed/recorded with Steve Coleman, Michel Petrucciani, Tomasz Stanko, Aldo Romano, Magic Malik and Manu Katché among others.

In April 2018, Pablo Held released Investigations, the 10th album with his long-standing trio of bassist, Robert Landfermann and drummer, Jonas Burgwinkel, on their new home at British label Edition Records. Regarded as one of the most talented and adventurous pianists and improvisers in Europe, Pablo Held is building a formidable reputation, not only as a pianist of outstanding ability but also for his considerable musicality, energy and risk-taking. Investigations were praised internationally for its remarkable quality, deep communication and lyrical elegance, prompting All About Jazz to describe the group as “a world-class trio of exceptional talent”.

With 14 years of playing together, the trio is known for its almost telepathic internal communication, yet they have not been shy to collaborate and have done so, ambitiously, with some of the Jazz greats including John Scofield, Ralph Towner, Jorge Rossy, Dave Liebman and Chris Potter. Scofield was so taken with this collaboration it prompted him to describe the trio as “one of the great groups in music today”. The trio is always evolving, always searching for new journeys that inspire them in fresh ways. 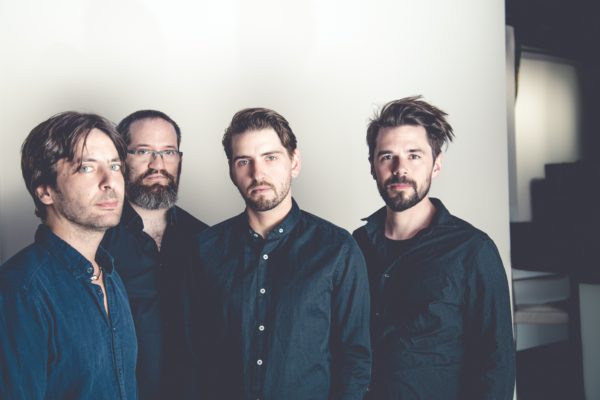 As Pablo Held explains: “We always enjoy the various ways another person inspires us, expands the possibilities of interaction and instrumentation, and actually makes us play differently. The first time I heard Nelson Veras play the guitar was on a bootleg of his masterclass at Amsterdam Conservatory that a friend of mine gave me. I remember being deeply impressed and instantly drawn to the way he played. Nobody plays like that! Nobody. He’s a complete musician with a totally unique way of playing, who obviously has roots in many different places, but branches out into the sky. When we first played with the trio he was more than ready to jump into the music! Even with only a super short rehearsal he totally made the music his own and showed us new ways to approach my compositions. Not by talking about it, by playing and going for it in the moment – I love that!”

Pablo sees the album as an extension of this 14-year journey. ”There are arrangements of classical pieces (tracks 7 & 8) like on my ballad album Recondita Armonia. There is an arrangement of a piece by my father Peter Held (‘Poem #6’) continuing my efforts to record his music that started with my record „Elders“. There’s even a standard, Monk’s ‘52nd Street Theme’, a tradition often used by Charlie Parker to close a set of music, and as on all my albums, this new one features new original compositions including me following my instincts into the world of production and overdubbing – a process that sort of started with my last record “Investigations”.

“I think this new record is the most complete and detailed document of my musical world to date: exploring my love for the music of some of my heroes (Mompou, Rachmaninov, Monk & my father), deepening my compositional and improvisational process for the trio and new band addition Nelson Veras, and incorporating my long-dormant urge to make more use of the studio, continuing the creative process after the recording.”

With each new collaboration, the trio’s sound expands and flourishes. Nelson Veras is more than a perfect fit to play with this trio. His instrumental voice adds a new dimension to the already distinctive Pablo Held Trio sound, a sound that’s built on deep trust and love for each other – the foundation for any meaningful musical partnership.