Sounds of Cuba and New Orleans

They call New Orleans “the northernmost Caribbean city,” and Cuba is a culturally rich relative. These two hotbeds of rhythm are combined in Herlin Riley presents: Sounds of Cuba and New Orleans in Jazz at Lincoln Center’s The Appel Room on February 1–2, 2020. Drummer Herlin Riley was a longtime member of the Wynton Marsalis Quintet and the Lincoln Center Jazz Orchestra. For this great performance, he brings an arsenal of musicians that include New Orleans-born trumpeter Nicholas Payton, Cuba-born percussionist Pedrito Martinez, and Jamaica-born bassist Russell Hall.

“Like Art Blakey, I’m trying to maintain a certain exuberance by using all younger musicians, while also helping them develop their own voices,” says Riley. “So many great musicians and drummers have come out of New Orleans, and that really defines my legacy; I’m standing on the shoulders of giants.”

Riley played the trumpet through high school but went back to the drums in college. He spent three years with the great pianist Ahmad Jamal and has played with George Benson, Harry Connick Jr., and Marcus Roberts. Riley was on Marsalis’ Pulitzer Prize-winning Blood On The Fields. “Wynton and I worked together for 17 years, so we have a wonderful history. I played with him and the Jazz at Lincoln Center Orchestra recently in The Abyssinian Mass. We got to share the bandstand again. It was very moving and touching.”

In this exclusive interview, Riley looks back on what gave him the spark to pursue music. “I grew up in a house in New Orleans full of musicians. I was basically raised at my grandparents’ house, and my uncle had a combo. My grandfather also played the drums. The combo would rehearse in my grandmother’s living room. They put drumsticks in my hands and they would show me things and challenge me to work with the sticks. My grandfather taught me how to play the drums with a butter knife at the kitchen table! He would beat out rhythms for me, and I would try to mimic him. That’s pretty much how I got turned on to the drums. I was about three or four years old, and it’s been a big part of me ever since.” 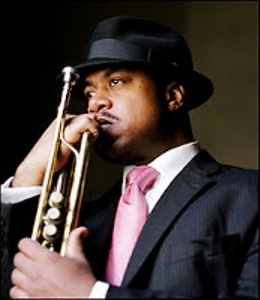 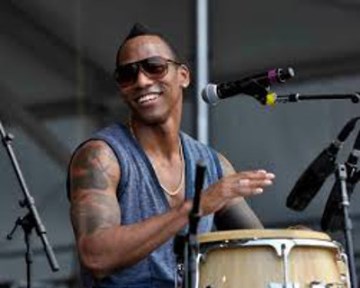 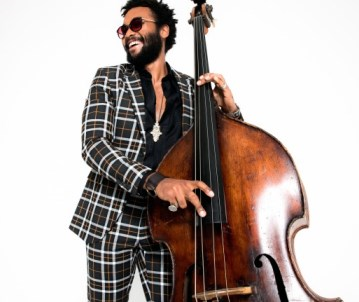 Riley and friends will perform two shows per night on Friday and Saturday that bring together the musical and cultural contributions of New Orleans and Cuba. “These are two very strong cultural places. They are very parallel. Predominately people of colour lived there. Drums were a strong part of their history. I want to highlight this in the show—the parallel between Cuba and New Orleans.”

Tracing the lineage of how music itself developed goes back to the beginning of humankind, says Riley. “The first instrument is the human voice and then the drum. In my playing, I’ve learned how to be free. That’s the most important thing in anybody’s playing. Freedom, commitment, and honesty are the greatest ingredients for an artist developing a style of playing. Like when we speak, our speaking voice is very unique to us. Anybody who hears us on the phone, you immediately recognize who it is by their voice. So, over the years I’ve tried to develop an identity to my playing. You must be committed to your own style of playing.” Grammy Award winner Nicholas Payton is a multi-instrumentalist and world-class trumpeter who has worked with the SFJAZZ Collective, and Riley has a deep respect for his fellow Big Easy player. “Nicholas Payton is a great New Orleans trumpet player. I worked with his father, Walter Payton, who was a bassist and tuba player. My first performance abroad was in London. Walter showed me the ropes about being in a different country. He showed me how to exchange the money and use the subway system, and he was like my big brother. Here we come full circle with Nicholas. He’s one of the best trumpeters in the world today. It’s a great honour to have him on this gig with me.

“I’m trying to maintain a certain exuberance by using younger musicians, while also helping them develop their own voices.” – Herlin Riley

Pedro Pablo “Pedrito” Martinez was born in Havana, Cuba, on September 12, 1973. He has taken New York City by storm since moving here in 1998. Wynton Marsalis says, “Pedrito is a genius…working with him has been a revelation to me.” He is considered a leading percussionist in the Latin music scene and has performed with Eric Clapton, Paul Simon, Bruce Springsteen, Chucho Valdés, and Sting. He has also performed on more than 50 albums. Riley notes that the Grammy Award nominee is a “great percussionist from Cuba. He played on my third CD called New Direction. He’s an extremely gifted percussionist.”

Riley continues his praise of the additional musicians on this project. “I have a young lady from Cuba named Yusa. She plays the tres, which is a three-string guitar, and she also plays bass, piano, and sings. She just goes by “Yusa” and doesn’t use her last name professionally. I also have Chuck Perkins and Indio Melendez doing spoken word, plus Oscar Rossignoli on piano. I’m looking forward to this collaboration.” Come join us for a night of Cuba and New Orleans at Jazz at Lincoln Center!