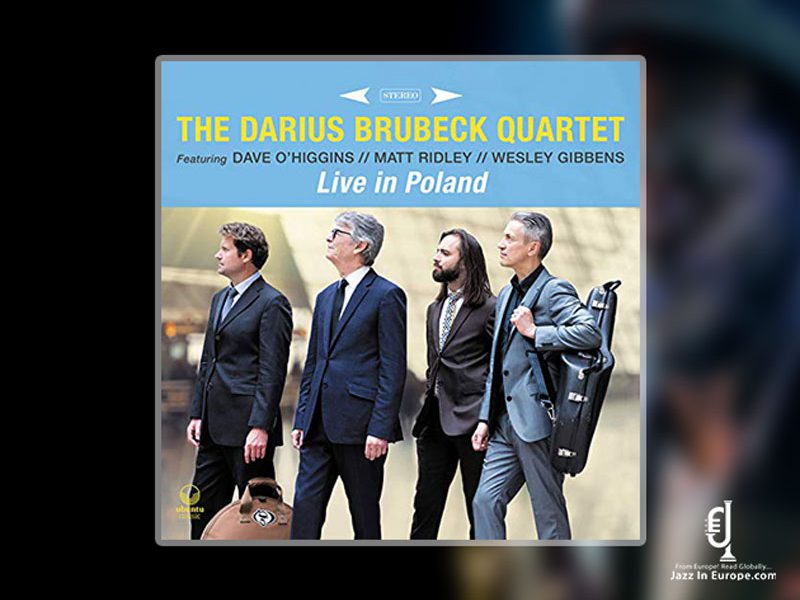 Darius Brubeck grew up in the artistic milieu of his famous father Dave and has enjoyed a lifetime of varied international experiences as a pianist, bandleader, composer, teacher and broadcaster.

Brubeck’s latest release, Live in Poland, was recorded at the prestigious Blue Note in Poznan and celebrates his father’s historic concert tour in Poland in 1958. “I was invited to Poland three times in 2018, the 60th anniversary of the 1958 classic Dave Brubeck Quartet’s tour of this country. With the end of World War I in 1918, it was also the 100th anniversary of Polish independence,” explains Darius. “Szczecin (where I played on stage for the first time when I was 10 years old) was the first stop on the 1958 tour and the first city visited during my initial trip. I appeared for one number, inevitably ‘Take Five’, with Wynton Marsalis and the Lincoln Center Jazz Orchestra as part of the celebrations.”

Brubeck was deeply moved to find that the Solidarity Museum in Poland associated his father’s tour with the beginning of the movement that liberated Poland from Soviet domination. The third time Szczecin Jazz invited him back with his London-based quartet was for a tour of the six cities where the Dave Brubeck Quartet had performed; the first American jazz group to play behind the ‘Iron Curtain’, starting in – you guessed it – Szczecin. “Suffused with political meaning for the audience and my boyhood memories of witnessing the devastation left by war with my late brother Michael and my parents, this was no ordinary concert tour.”

The Darius Brubeck Quartet features Dave O’Higgins on saxophone, Matt Ridley on double bass and Wesley Gibbens on drums and has been together for 12 years. The plan was to record every night of the tour and choose the best takes but, in the end, it was decided that the last night at the Blue Note in Poznan was it. “You might say the album should’ve been called Live in Poznan. However, this performance was the culmination of a tour of sold-out concert halls and standing ovations. The band was at a peak, especially in terms of communication with each other and the audience,” concludes Brubeck.