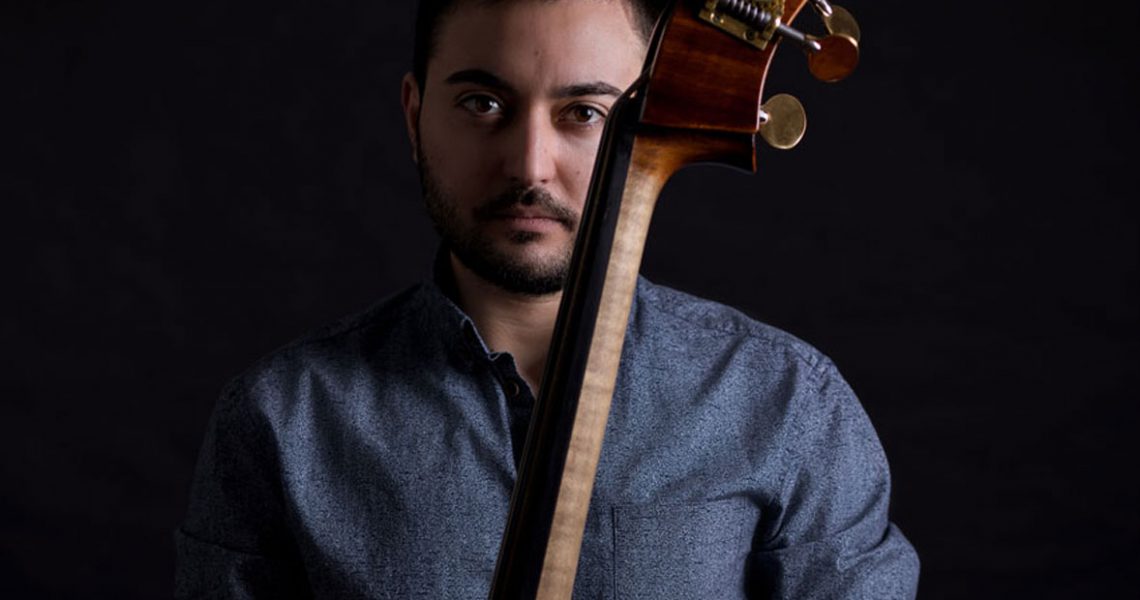 Last week Italian Bassist and composer Giuseppe Millaci released his second CD as a leader titled “The Endless Way”. This release follows his 2017 debut “Songbook” and once again features his working trio comprising of Amaury Faye on piano and drummer Lionel Beuvens. 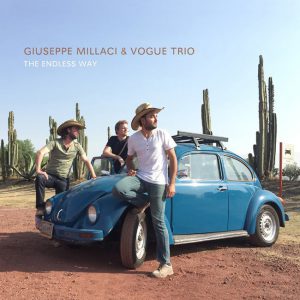 Since the release of Songbook the trio has maintained a rigorous touring schedule and many of the influences and impressions gained on the road have inspired the music on “The Endless Way”. After several listings to both albums, I feel “The Endless Way” documents the fruits of a band that has been working regularly. There is no doubt that this trio has developed an uncanny sense of oneness where their performances are both homogeneous and conversational in nature. In the press release accompanying the release, it describes the album as “a teeming universe in which the three musicians alternating as soloists and accompanists embark on a journey of improvisation that rivals each other in intelligence, virtuosity and elegance.” I couldn’t agree more however I don’t hear any rivalry – only simpatico.

The album opens with the track “Timeless”. Composed by Millaci, the piece is based around a contrapuntal theme virtuously performed by pianist Amry Faye. What immediately caught my attention was the exceptional use of tension and release both rhythmically and harmonically. There is no doubt that the classic principles of the Fuge are present throughout the piece however this is in no way a corny knock off of the “Art of the Fuge” in an odd meter, there’s a great deal of originality here – it just smells a bit like Bach. I can honestly say this track held me captive through to the last chord (inclusive Picardy third).

The next cab off the rank is the trios take on the Brazilian composer Edu Lobo’s “Pra Dizer Adeus”, I particularly admired the way this track develops rhythmically, slowly morphing from a fairly standard Bossa feel to something more closely akin to a Jamalesque Poinciana feel. Bud Powell’s Dance Of  The Infidels is given a straight forward read while Italian singer Lucio Battisti’s classic “Mi Ritorni In Mente” is first presented as a ballad with the players eventually taking the track in the direction of a slow blues, highly intriguing.

One of my favourite tracks on this recording is “Highway 132D”, a straight-ahead up-tempo swinger allowing the trio to show their full command of the tradition. The title of this track references a Mexican highway well-travelled by the trio in an iconic blue Volkswagen beetle (see album cover) during their time in Central America. The Mexican influences continue with the closing track on the album “Calavera”, obviously referencing the Skull Masks commonly used in the celebration of the Mexican “Day of the Dead” celebrations. To be honest, I didn’t know what to make of this track, compared to the rest of the album I felt it missed coherency in its structure however this is a personal opinion and in no way detracts from the album as a whole.

Pianist Amaury Faye’s “Iberian Waltz” is a beautiful composition providing an oasis of rest in the program and features a highly melodic solo from Millaci that explores the full range of the instrument. In my opinion drummer Lionel Beuvens’ “A” is one of the highlight tracks of this album. The track features an extended intro before transitioning to an almost question and answer based theme. I enjoyed the manner in which both Millaci and Faye weave their way through harmony supported by an intriguing rhythmic bed played by the composer.

The performances on this album are spectacular throughout as is the recording quality. In conclusion, The Endless way is a great album full of twists and turns that will appeal to all lovers of the piano trio format and beyond. Highly recommended.