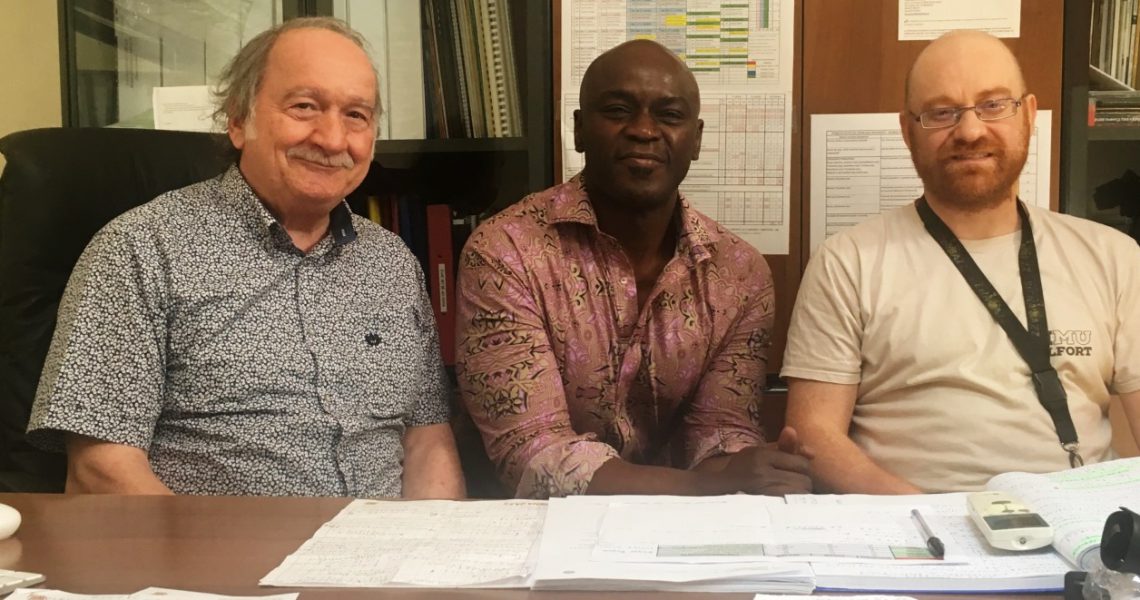 It’s hard to describe much of what happens in the pursuit of life as a musician as a perk. I mean, presumably, one is already marinating in the sweet reality of doing the thing you love the most, with people who inspire you, in beautiful exotic locations around the globe.  But, being offered the opportunity to spend five days at a seminal and inspiring Jazz institution, in Italy’s medieval jewel of a city, Siena, at the height of Summer in between concerts, definitely qualifies as an unassailable win.

The impossibly attractive brief was simple. I would engage in discussion, about a subject I love, Jazz, on camera,  with well regarded visiting mentors and experts on the subject, dedicated resident teachers and gifted students, as well as the remarkable founders of the Siena Jazz University in order to gather insight into the comprehensive contribution to the art the institute was obviously making to its region, it’s country and beyond. What could be better? 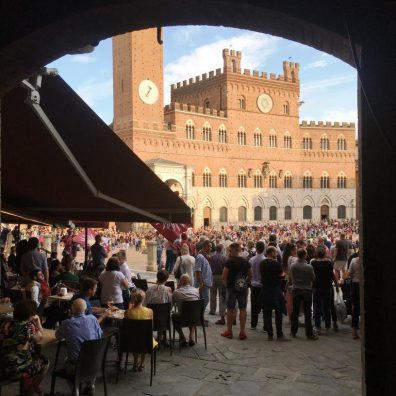 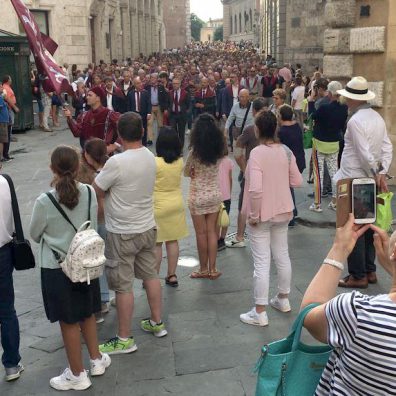 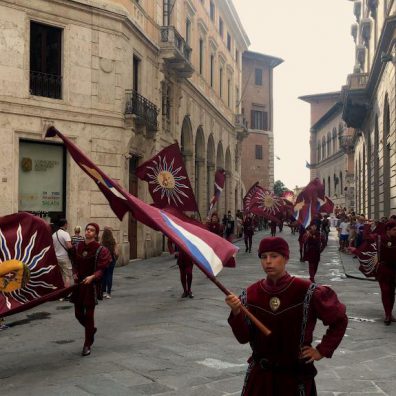 Siena Jazz workshops were founded in the late 1970s by bass player Diretore Franco Caroni. At the time he was mainly into rock but drifted away from the genre after a brush with the music of Charlie Parker. Extensive forays into the works of other seminal artists followed. He soon realised there was a limit to how much information he could get access about this music in Siena.  There was only one thing for it, if he wanted to know more, he would have to create the instrument of his learning himself. He embarked on a program of inviting teachers and mentors from far and wide to come to teach Jazz to himself and fellow Jazz acolytes. These were the humble beginnings of the successful institute that teemed with bustle and general jazz ambience of the Sienna Jazz Workshops in the summer and housed the Siena Jazz University for the rest of the year.

On the 1st morning, we made a reconnaissance trip to the school in the company of our esteemed host, Professor of Jazz History, Francesco Martinelli to scout for an ideal location from which to conduct our interviews. We very quickly settled on a long narrow corridor on both sides of which were doorways leading to large airy well-equipped classrooms flooded in daylight from which emanated the joyous cacophony of several simultaneous jazz workshops/classes. Each one led by a resident tutor or a visiting jazz professional. This meant we were in the middle of the action. I wanted to capture the kinetic energy and dynamic enthusiasm that this place seemed to be running on as I conversed with my guests. As the classes emptied at the start of the obligatory Mediterranean mid-afternoon breaks for food and rest, we would waylay and accost any of the above participants and prime them for answers to my plethora of enquiries and investigations. 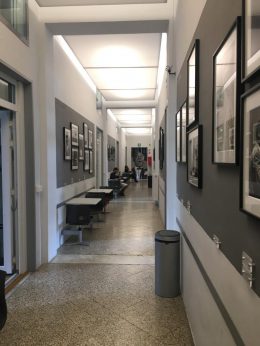 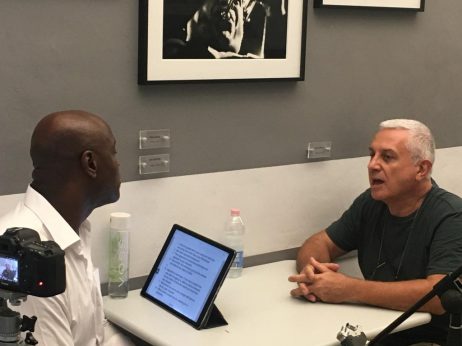 Of the students, the questions we asked would often start with the relatively soft ball “How were the classes going”, to which the response was invariably dense and detailed, suffused with the breathless excitement of one who had chanced upon an oasis in the desert. “I was a student here, studying electric bass,” said one returnee. I came back to do the workshops for double bass, and will come back when term resumes in the autumn because I just can’t get enough of this place! … “Paradoxically, the workshops and lectures give me something real and practical even when they are rooted in theory and the abstract” He told me that half of the classes were arranged around conventional jazz combos of varying configurations such that each student was afforded the unique opportunity to experiment with creative palettes and textural possibilities that would be hard to replicate anywhere else.

Some of our other conversants were enthralled with the range of visiting professionals, jazz notables of voice, brass, strings and rhythm. Among them trumpet player Avishai Cohen, drummer Ferenc Nemeth, Saxophonist Miguel Zenon, singer-songwriter/guitarist Becca Stevens. These mentors,  are there to impart insights on the practical practice of being a jazz musician, anything from life on the road to philosophical conundrums like the inherent purpose of art and specifically of jazz. “Meeting your hero is one thing, having them give you a key that unlocks a world of creative possibilities is invaluable and beyond the amazing” one student who had made a transatlantic journey from the antipodes for the course told me. 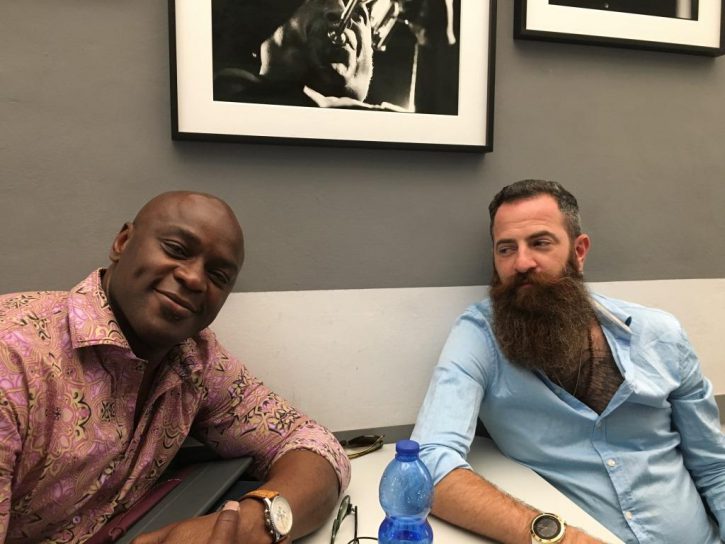 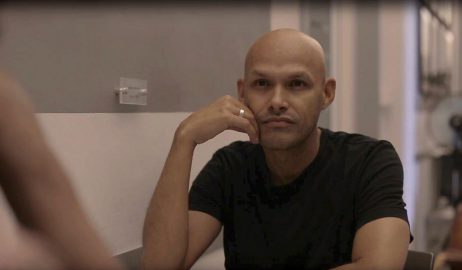 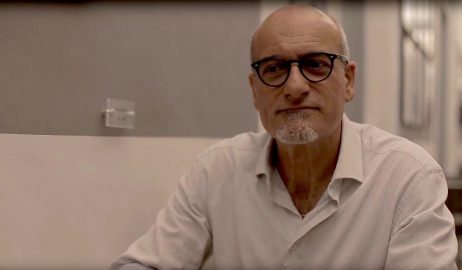 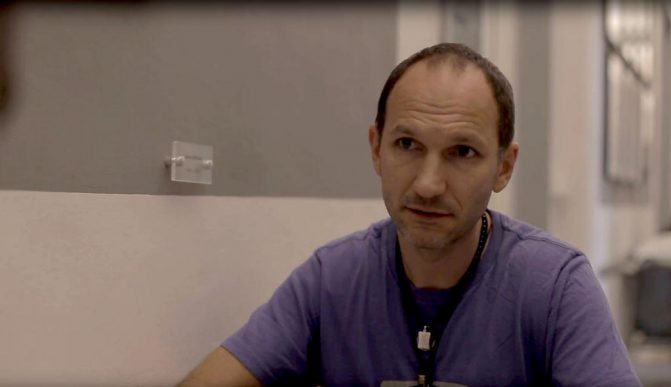 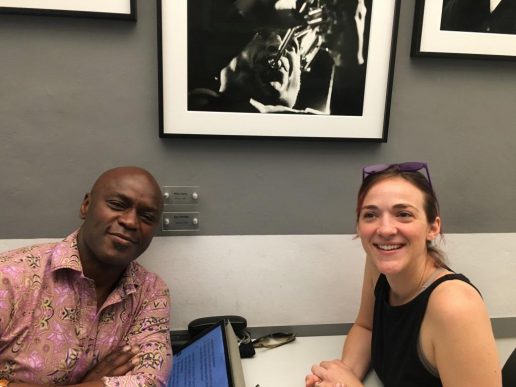 We soon settled into a gentle routine of enlightening and detailed discussions over 3 hours or so on each of the four afternoons including impassioned testimonials detailing the value of the University to the region by many of the Italian musician/tutors. Ettore Fioravanti told me how the consecutive year on year growth of the university was a testimony to its importance to the community, to Italy and International students as well as to the future of its young jazz talent. Maurizio Giammarco told me how the institution’s pièce de résistance was its ability to help it’s students seek their perfect harmony between technique and passion. 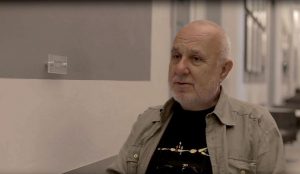 We  spent a fair amount of time in the company of our charming host, Francesco Martinelli, whiling away balmy evenings eating wild boar pici, exploring subjects that both encompassed and surpassed matters to do with the university, the workshops and watching the students & mentors/tutors in concert as they performed the pieces they would have been working on earlier in the day. The sheer extent of his knowledge on all matters Jazz assured one of the immense value that time as his student would certainly be.  In his capacity as a much-lauded chronicler of the History of Jazz, he gave us a sense of the possible future of the idiom and how Sienna Jazz University and it’s workshops were primed and ready to play their part when such a paradigm shift emerged. He told me he was most proud of the fact that coming from a time when he and friends would “squeeze what little information they could find about Jazz from  journals, fanzines and album liner notes, they were today, proudly in a position to offer youngsters with the same passion for jazz a  comprehensive and detailed education in the subject”. They were happy to see that “many of the students went on to take their place on the international stage, some returning to the University to share the knowledge they had garnered with the next generation.

What was patently clear about this unique place was the dedication and affection of its staff, tutors and pupils to and for it. This was meaningful work being done by folks with purpose and passion for its future. The music was it’s own reward here. 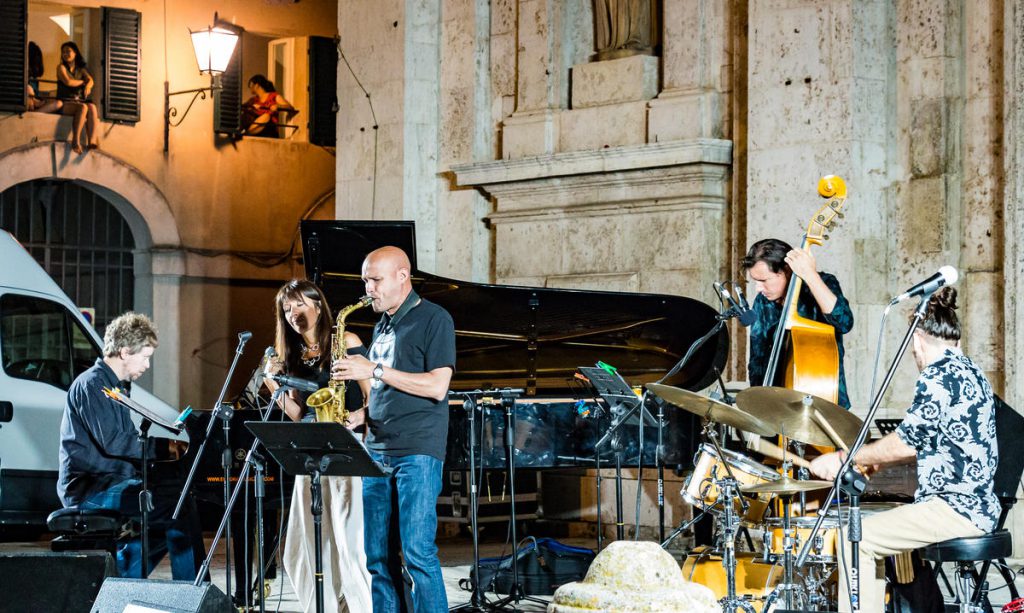 I knew that I would be thinking of Siena Jazz University and my summer at its workshops for a long time into the future.