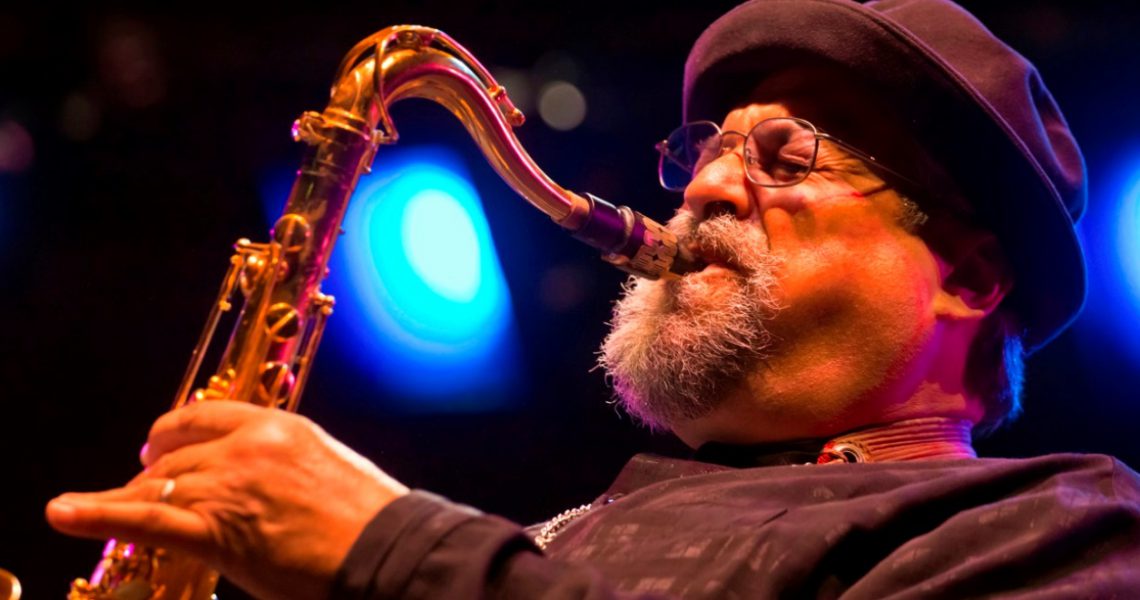 Grammy® winner and multi Grammy® nominee, saxophonist Joe Lovano is at the top of his game, including being selected as Best Tenor Saxophonist in this year’s 2019 DownBeat Critics Poll. He brings his Joe Lovano Universal Jazz Ensemble to the beautiful Appel Room on October 18-19 for two performances each night.

Lovano’s latest group features six artists from across the entire spectrum of jazz, each of them also a renowned composer, bandleader and instrumentalist. All Music Guide called Lovano’s Universal Language album “an unabashedly adventurous and risky project [that] works frighteningly well” in its 4.5-star review. 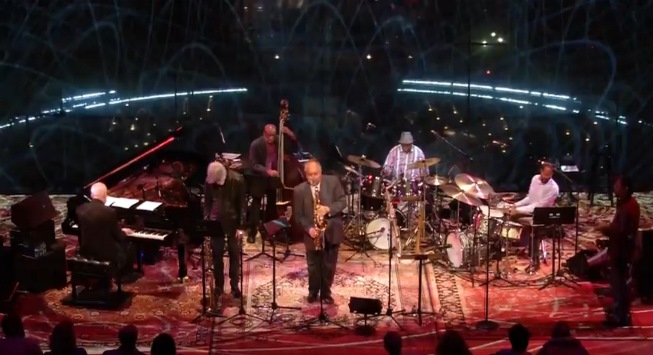 “This band has roots in some previous ensembles that I’ve presented with some new music written for the occasion,” Lovano explains. “My record Universal Language on Blue Note would be an example of the sound; with voice and trumpet and myself as the frontline. We’ll feature Judi Silvano with vocalese and Graham Haynes on trumpet along with Liberty Ellman on guitar and Kenny Werner on piano, John Patitucci on bass and a double drummer set up of Andrew Cyrille and Tyshawn Sorey.

This time I’ve added guitar, plus Kenny on piano. We’ll have a full orchestral sound: brass, woodwinds, voice, strings and percussion. Kenny and I go way back to when we first met in the early 70s and collaborated on quite a few projects together on his recordings and a lot of my recordings. He was part of that Universal Language release on Blue Note Records. We have a lot of roots together with all of these folks in this band. Graham Haynes and Liberty Ellman and Tyshawn Sorey are more new folks in a certain circle of players that I’ve been developing over the years. We’ve been playing together frequently and it’s going to be a beautiful exploration.”

Lovano was born Joseph Salvatore Lovano in Cleveland, Ohio on December 29, 1952. He grew up in a musical family and began playing the alto saxophone at age five, switching to tenor several years later. His father, Tony, aka Big T, was a barber by day, a tenor player by night and a big influence on Joe. “My dad was a fantastic saxophone player with a really deep passion for the music. I grew up with his record collection and when I was a teenager, he’d bring me around to rehearsals and jam sessions,” Joe explains.

“I love to play music and I love to play with different people. Through the years I’ve developed an approach that is all-encompassing and sharing the embrace is always something I’ve strived for as a player. I had an amazing career through the years being able to collaborate with all kinds of folks, man…the different multi-generations, multi-cultural folk that create music. That’s what jazz is about.”

In recent times, many of the Royal Guard of Jazz has passed on. Who will stand up to take their place? Joe answers, “That fact has been part of this music all the time, for each generation. There’s always folks like myself and younger folk that come up with the inspiration of the elders. After a minute, you realize that you’re representing the amazing history of the folks on your instrument and just in music in general. The more you live in the library of sound and spirits, the more you appreciate the cats who aren’t with us these days. But they are with us spiritually- and its in the library. It’s a very magical place. But you have to realize that we’re representing the history of the music all the time and I really respect that. My compositions and the collaborations that I’ve created for myself kind of reflect that idea.”

Joe has been a long-time favourite at Jazz at Lincoln Center. His classic duo collaboration with the late, great Hank Jones in 2007 is entitled, Kids: Live at Dizzy’s Club Coca-Cola. Joe has performed at JALC with the likes of Esperanza Spalding to John Scofield. “Joe is very sonically aware,” Scofield describes. “He thinks about the effect different instruments and different personalities will have. His sense of swing and his tone reminded me of the older guys, in a really positive way.”

“Cool Joe”, as his friends refer to him, is excited to bring this latest group to JALC. “You have to be ready to expect the unexpected! With ensembles like this, there’s going to be a lot of things from solo unaccompanied moments, duets, instrumentation. I’m really looking forward to being a part of diggin’ it!”

Always with a smile and a positive attitude, Cool Joe says, “I’m happy to be having two nights in the beautiful Appel Room to present this ensemble and to be a part of that organization – not only for New York but for the whole jazz world in general.”