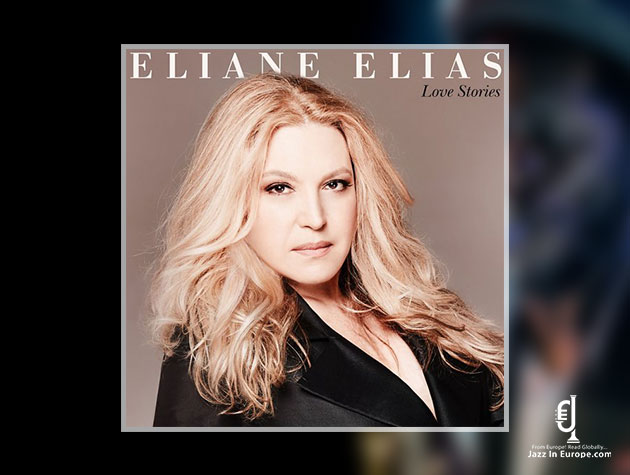 Eliane Elias’ new album Love Stories, out now on Concord Records, showcases her mastery and artistry as a vocalist, pianist, composer, arranger and producer. Recorded in Brazil and at Abbey Road Studios in London alongside co-producers Marc Johnson and Steve Rodby, the album features alluring Brazilian classics, heartfelt originals, and a nod to one of her favourite all-time artists, Frank Sinatra. “I am very proud of this album and feel it’s one of the most romantic sets of music I’ve ever produced”, said Elias reflecting on the work.

Over the course of a distinguished career spanning nearly 30 albums, multi-Grammy-winning pianist, singer and composer Eliane Elias’ distinctive musical style has emerged as one of the most unique and recognizable sounds in jazz. With over two million albums sold to date, Elias blends her Brazilian roots and captivating voice with her virtuosic instrumental jazz, classical and compositional skills, while displaying her pianistic mastery and ability to integrate the many artistic roles she takes on.

For Love Stories, she has recruited a stellar line-up of some of Brazil’s most sought-after rhythm section players, including guitarist Marcus Texiera, Edu Ribeiro, Rafael Barata, Paulo Braga and Celso Almeida on drums, plus Marc Johnson, her long-time musical partner and co-lyricist, on bass. Orchestrator Rob Mathes returns for his fourth recording with Elias, while composer Roberto Menescal plays guitar on his own song, “O Barquinho/ Little Boat.”

The São Paulo native tapped into a deep well of emotion for this project, which delves into various expressions of love that run the gamut from romantic and dreamy to profound and abiding. Elias’ strong connection to the bossa nova tradition features prominently, shining through in fresh, modern ways as she interprets several classic works made famous by the likes of Frank Sinatra, Antonio Carlos Jobim and many more. Elias also mines her own heart for inspiration on three stunning new original compositions.