The highlight of the Strings of Autumn Festival 2019 in Prague is the Charles Lloyd Quintet, led by the mystic tenor saxophonist, flutist and composer Lloyd, with Gerald Clayton (piano), Marvin Sewell (guitar), Harish Raghavan (double-bass), and his long-time drummer Eric Harland. Lloyd’s concert marks 52 years since he first performed in the capital, and 30 years of freedom for the Czechs.

It has been almost 30 years since the November 1989 Velvet Revolution in Czechoslovakia (now the separate and democratic countries of the Czech Republic and Slovakia), and so the return of Charles Lloyd for a performance in Prague as part of the Strings of Autumn has a particular significance.

Charles Lloyd, who turned 81 this year, was born in Memphis in 1938 and began studying music at the age of nine, learning the saxophone and taking piano lessons with the jazz master Phineas Newton. As a teenager, he played the blues with B.B. King, Howlin Wolf, and Bobby “Blue” Bland. In the mid-50s he moved to Los Angeles, where he studied music at the University of Southern California, and by the early 1960s, he joined Chico Hamilton’s seminal post-bop group. Playing his instrument so tenderly, and with an unusually playful flair, his contributions on Hamilton’s recordings are a standout.

Lloyd then moved to New York City where he formed his first group in 1964 with tenor saxophonist “Cannonball” Adderley, and his first two albums on Columbia Records included sidemen Herbie Hancock, Ron Carter, and Tony Williams, still just young musicians at that time, yet soon-to-become major players in jazz history along with Wayne Shorter as Miles Davis’ Second Great Quintet.

By the mid-60s he was back in California, where from 1966-1968 he led another group, which would become his legacy; a post-bop, refined free-jazz “cross-over” band, featuring the young up-and-coming jazz-stars Keith Jarrett (piano), Jack DeJohnette (drums), and Ron McClure (double-bass). With catchy song titles like “Sombrero Sam” and “Love-In”, they had a new and accessible sound ripe for the times.

Lloyd’s quartet of that era was dubbed “psychedelic-jazz” because they played so often with the rising “flower children” generation including Jefferson Airplane, The Doors, Jimi Hendrix, and The Grateful Dead. Psychedelic rock posters of the era from the West Coast, particularly for shows at the Fillmore place the Charles Lloyd Quartet as co-headliners with all of the greatest psychedelic groups of the era.

His album titles from this era reveal his attention to the social mood, including the 1966 albums “The Flowering” and “Forest Flower” recorded live at the Monterey Jazz Festival, then “Love-In” and “Journey Within,” both recorded live at the Fillmore in San Francisco in 1967; these best capture their magic and were huge commercial successes for the still young leader at that time, Charles Lloyd.

This legendary quartet also recorded “Charles Lloyd in the Soviet Union” playing live in Estonia at the International Jazz Festival in Tallinn, in May 1967. Lloyd played in Prague for the first time on this tour in October 1967. Almost one year later, in August 1968, the Soviet-led Warsaw Pact army invaded Prague and the rest of Czechoslovakia, ending the “Prague Spring,” an era of earnest economic and cultural liberalization dubbed “Socialism with a Happy Face.” There is a grainy, dreamy black-white film of Lloyd’s concert from the ‘67 tour in Prague’s Lucerna Ballroom, playing the song “Tagore” though the YouTube video of this erroneously states it was in “1968.” In any case, Eastern mysticism comes to life on “Tagore” with Lloyd playing his flute as in a hallucinatory trance like the Pied Piper. 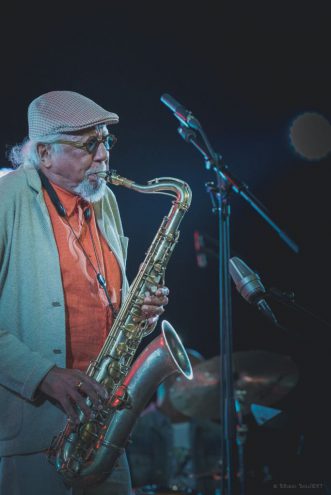 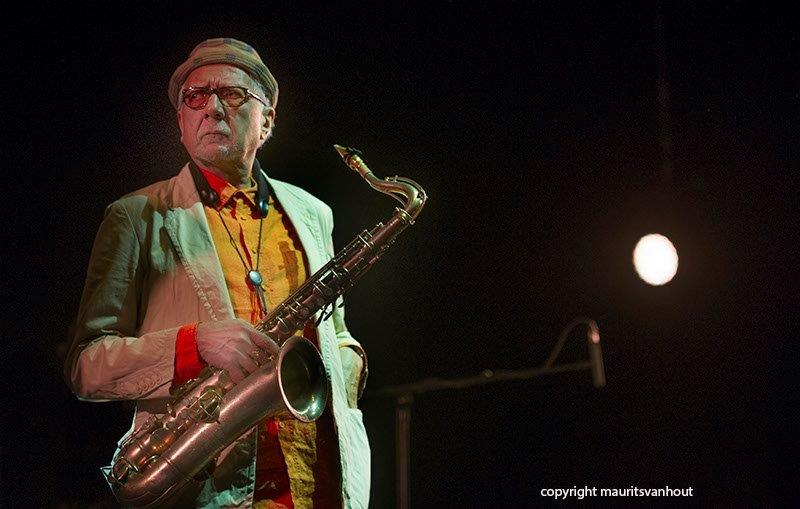 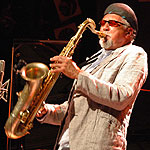 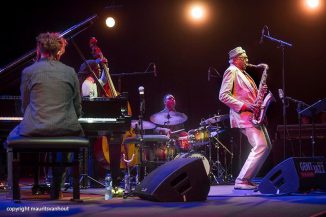 Lloyd thus uniquely had fans from the “hippie” rock generation in the West, but also in the Communist countries of former Eastern Europe, or in other words from behind the Iron Curtain. This had a lot to do with the times, as he once told me in an interview, “I am sure it was a simple matter of timing. It was a time of political unrest, a desire for a better world that was free of racism and war was on everyone’s mind. We offered an open expression, and the young people heard it and felt it.”

“This was a time when FM radio changed everything. Lines of demarcation between genres of music no longer mattered. They could play my music right after Ravi Shankar, and followed by the Doors or the Jefferson Airplane. No one thought anything about it,” he explained, referring at least to California.

By the end of the 60s, at the height of his popularity, Lloyd retreated to Big Sur, California to live in the forest and mountains by the sea. He had become disillusioned with society, and he needed to heal himself most importantly from heroin addiction. There are a few recordings by Lloyd in the 70s, but for the most part, he disappeared from the public. He claims that this period was most important for his personal growth spiritually, and it clearly helped his musical compositions develop in a deeper way.

By the early 1980s, Lloyd was sought out by the French pianist Michel Petrucciani, who convinced him to leave his hermit’s life in Big Sur for tours in Europe and return to recording. Lloyd and Petrucciani collaborated on recordings for ECM and these represent the second significant phase of Lloyd’s career.

The drummer Eric Harland joined over ten years ago as Lloyd’s New Quartet, with pianist Jason Moran, and bassist Reuben Rogers. Lloyd’s current quintet with yet newer players retains a formidable rhythm section, letting Lloyd play it ever more tenderly these days, yet still with a sense of adventure.

More recent recordings include “Athens Concert” (2010, ECM Records) with his quartet and the Greek diva Maria Farantouri and guitarist Socratis Sinopoulous, and “Wild Man Dance” (2015, Blue Note) including Socratis on lyra, and Miklos Lucaks on cimbalom, both a Greek-infused jazz, and one of Lloyd’s most exotic and experimental projects ever. For this one, he has Gerald Clayton on piano, Joe Sanders on bass and Gerald Cleaver on drums, ensuring that he never gets into a musical rut.

The Strings of Autumn Festival brings top-notch experimental, classical and jazz musicians for a series of concerts in October-November, and this year’s program also features the extraordinary pianist Fred Hersch playing solo followed by a set with his trio; there will also be the Blue Note recording artist Lionel Loueke playing the guitar with the up-and-coming Czech saxophonist Lubos Soukup, and Laura Mvula from the UK, who is being hailed as the “Nina Simone” of our era performing with an orchestra.